Home Article 'Dancing with the stars' Witney Carson married husband Carson McAllister in 2016. See the journey of the couple

'Dancing with the stars' Witney Carson married husband Carson McAllister in 2016. See the journey of the couple 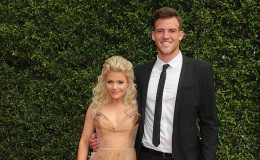 Whitney Carson married her longtime boyfriend Carson McAllister in 2016 after dating for several years. The couple is living a perfect family life with no rumors of a divorce or affairs.

Dancing with the stars pro Witney Carson is eliminated from the 24th season. This season her dance partner was Chris Kattan, but they were the first one this season to get eliminated.

If you were the first time viewer of DWTS and fell in love with Witney then you're not alone. After watching her dance and take control of the dance floor one feels so mesmerized.

But how is she in her personal life? Who is the love of her life? Let us find out.

Whitney is a happily married woman. She recently tied the knot with her longtime boyfriend Carson McAllister. 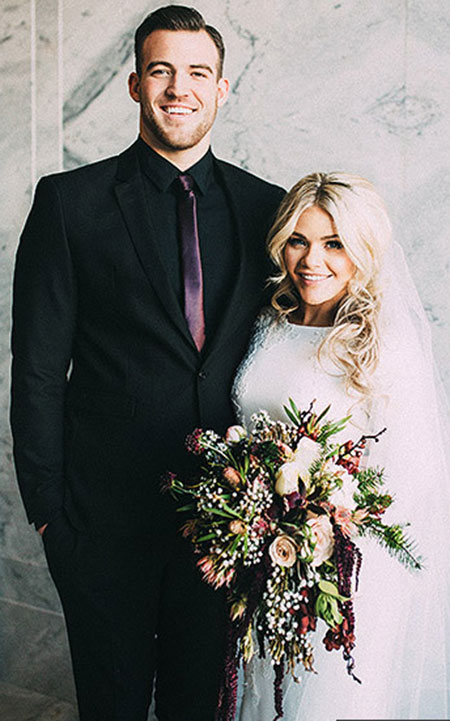 On the New Year, 1st of January 2016, she tied the knot. The pair selected the beautiful city of Salt Lake, Utah for their nuptial ceremony.

Witney and Carson were high school sweetheart and knew each other for a long time. It's pretty rare that you knew someone in high school and end up getting married to him /her. 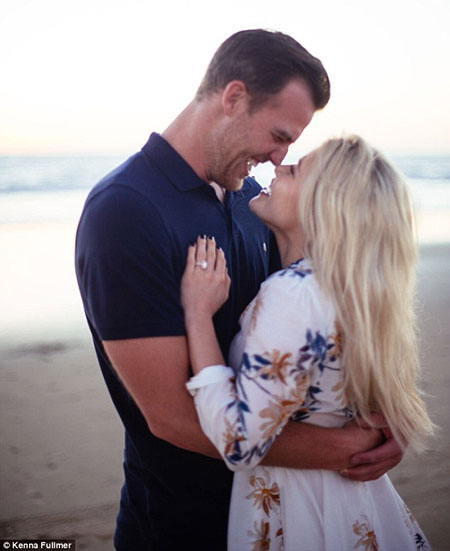 The couple started dating since their senior year. According to McAllister,

"She was my dream girl since 7th grade."

Marriage is one of the most beautiful and important parts of one's life apart from welcoming their own child. It's expected that Witney was way too happy about her marriage.

Can't believe today is the day!!! Finally get to be with my love forever and all eternity. Can't wait to share with all of you the details. Look out for @peoplemag next week to hear all about it! Oh and happy New Years! #McAllisterWedding2016 @indiaearl photography

The lovebirds became official in October 2015, after getting engaged. Witney was very excited and she posted a picture with her boyfriend and wrote a cute caption.

I love these girls with all my heart! They all made sacrifices to be there on my big day and I couldn't be more grateful big thanks to @amsalebridesmaids for dressing them! #mcallisterwedding2016 flowers by @lfloralstudio

My very own @ritavinieris dress made me feel beautiful and special. I couldn't take it off! #rivini #mcallisterwedding2016 @indiaearl photography

We couldn't be happier with our experience at NOAH'S! If you are planning a wedding you really should check out @noahseventvenue! They are amazing and have locations all across the country! #NOAHSEventVenue #NOAHSWeddings #McAllisterWedding2016 #WitneyCarson #weddingvenue @noahseventvenue Flowers by @lfloralstudio

They even showed their marriage certificate and she wrote, It Just Got Real. Wow! it really feels good to get married.

All those pictures and expressions, the couple were head over heels. The marriage hall was full of guests, including her best friends Emma Slater, Lindsay Arnold, Brittany Cherry, and Jenna Johnson. 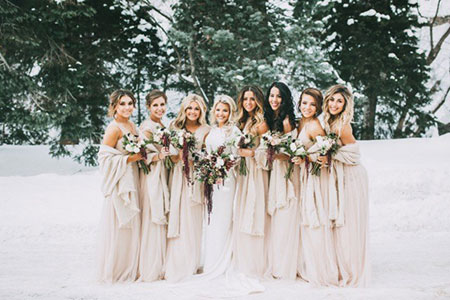 Eliminated from the current season of Dancing with the stars

The stage of Dancing with the stars will feel empty and hollow now, after the exit of its main star Witney. For this season she became the partner of comedian Chris Kattan. 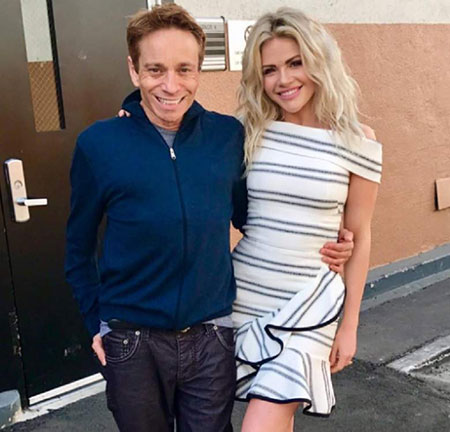 Witney and her new partner for Dancing with the stars, Source: Heavy

They became the first pair to get eliminated this season. Now the remaining dance combo will duke it out for the ultimate trophy.

Well, currently she's at home with her husband and is preparing for the next season of the DWTS.