Iron Chef America Winner Viet Pham Recently Engaged With His Girlfriend. Are They Getting Married Soon? 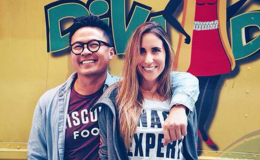 The former Iron Chef America winner Viet Pham is not forgotten still! Yes, the glasses one with big cheek, and a huge smile @Vphams. Once, he did bring a smile on everyone's face with his creative talent, that had him entitled as the 'Best New Chef' of 2011.

The real question, 'Who is the lucky girl, to whom Viet Pham personally brings a smile as a caring man. Yes, he is in a relationship and also known that Viet recently got engaged with the love of his life. Let's see what we can find about their beautiful romance. Stick with us!!

The winner of the eleventh season of the Food Network's Iron Chef America, Viet Pham recently made it to the headlines after getting engaged with the love of his life, whose named #L | E | X | Y on her Instagram. On September 3, 2018, Viet and Lexy confirmed their betrothal officially after posting a picture of the two on Instagram. 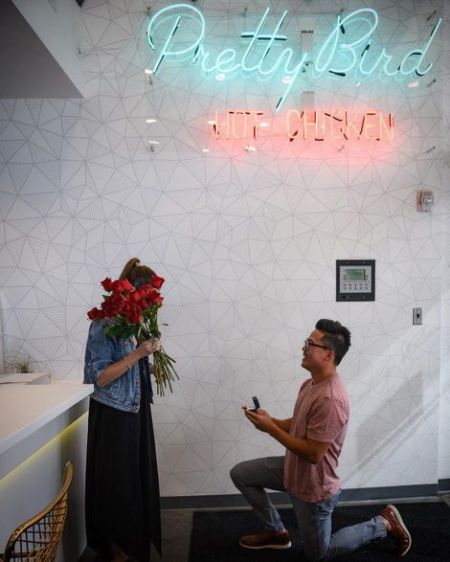 In the picture, Pham is seen romantically down on his knees, all set to put the engagement ring, while his love Lexy looks shy yet surprised holding a bundle of rose that covers her face.

Recommended: Even after nine years Pastry chef Jacques Torres and his wife Hasty Khoei are happy with their married life

In the meantime, fans are questioning, 'Will they take their romance into the next level?' Let's sneak into the personal yet beautiful chemistry of this duo!

Moving back to a time, the couple is celebrating their relationship for a couple of years. They often shared the pictures of themselves while out on a trek or a lovely date as well as mostly the pictures of foods!

The pair were seen together at an event, holding a beautiful glass from The New Vintage held at The Sanctuary Seattle.

Last night at The New Vantage party with @legsandvino at the amazing venue, The Sanctuary for Taste WA!

Anywhere they go they are always together! More recently, the owner of @prettybirdchicken, Viet made a lovely time with his love at their home on Lexy's birthday. 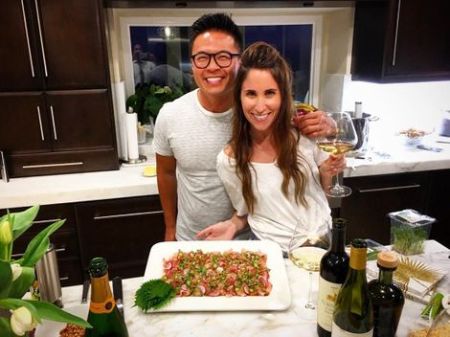 Viet celebrates the birthday of his fiancee Lexy.

Pham uploaded the picture of two while getting ready for the party, captioning;

Happy birthday to my long-legged Greek! May this year bring you lots of wine and zero hangovers!

Looking at their love filled posts all over Instagram anyone can assure that the lovebirds will surely hold each other until the very end.

Until then, let's just hope that the couple relishes a beautiful time while engaged. And let's just await the hearing of good news from them officially about their nuptials anytime soon!

Iron Chef America Winner Viet Pham: Where Is He Now?

If it were in 2011, then you'd have probably heard about this man who popped up from really harsh circumstances to become one of the best new chefs! Ladies and Gentleman, VIET PHAM! 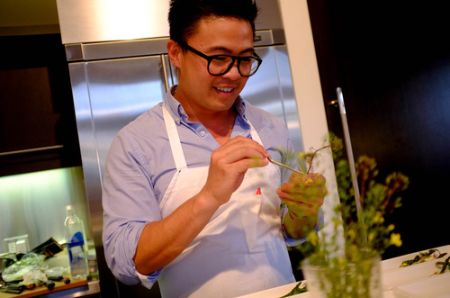 Back in time, the celebrity chef, Pham became a semifinalist on the second season of the cooking competition Extreme Chef.

You May Read: After divorcing the first Husband, is American Chef Giada De Laurentiis dating someone? See her Relationship and Past Affairs

And now, he is known as the co-founder of Forage Restaurant, which he opened in Salt Lake City, Utah in 2009.

Currently, Pham has moved on with recently engaged fiancee, and lives a normal lifestyle. But the man has his heart, passionately in his field of work as before.

With the help of his partner Lexy, Viet's formed the online chicken station, based on Salt Lake City. 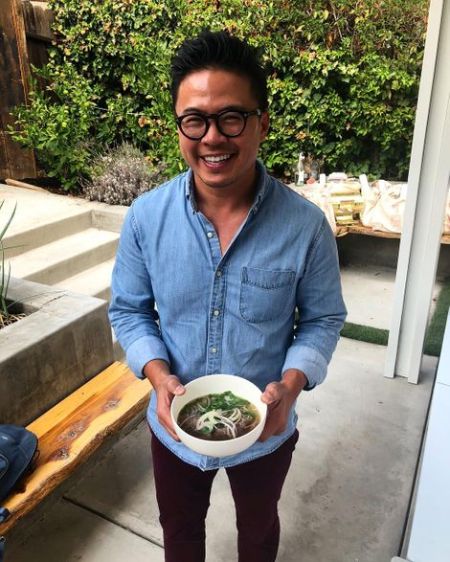