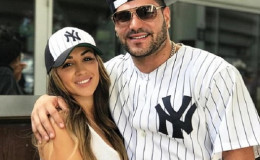 Good news for all the Jersey Shore fans! The new season of Jersey Shore will soon be aired and the entire cast including Ronnie Ortiz- Magro will reunite in 2018 for a family vacation series.

But this isn't the big news yet! The masculine Ronnie just dropped a big baby bomb announcing he soon to be going a father. Cha-Ching!!

Let's dig into further details about this amazing news.

With his famous GTL motto, (Gym, Tan, Laundry), the 32-year-old reality star should now add Daddy Duties on his list!

The soon-to-be daddy revealed Us Weekly on Sunday that he and his gorgeous girlfriend Jen Harley are expecting a baby together. He also added that Jen is already six months pregnant with a baby girl. 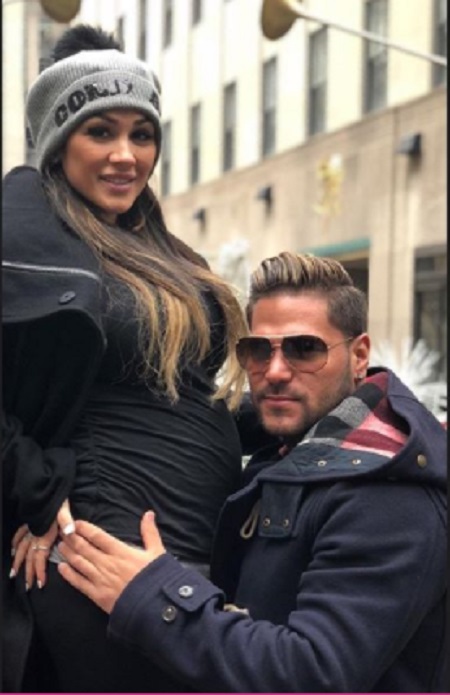 In the interview, he jokingly stated,

"Every guy wants a boy but I grew up with sisters, so I'm used to being around girls."

The power couple started dating since early February 2017 after splitting with his Famously single costar Malika Haqq. Jen and Ronnie were first spotted together during their night out in Las Vegas when he injured his hand.

Gym, Tan, Bottles! #JerseyShore’s Ronnie Ortiz-Magro is going to be a dad! He and girlfriend Jen Harley tell Us exclusively they are “so excited” to be expecting a little one. Click the link in our bio for all the details and to see what they’re having!

His girlfriend, Jen Harley is a famous model and fitness diva and she already has an eleven-year-old son from her previous relationship. Prior Jen, Ronnie had a serious relationship with Sammi "Sweetheart" Giancola, his Jersy Shore co-star as they dated for five long years, splitting in 2014 and again got back together.

However, their relationship ended officially at the end of 2016 and Sammi has now moved on with her new boyfriend Christian and living a lit life together.

This happy news of pregnancy came shortly after MTV announced that the hit show Jersy Shore will be back on the big screens soon in 2018 and all of our favorite casts- Paul "Pauly D" Delvecchio, Jenni "JWoww" Farley, Vinny Guadagnino, Ronnie Ortiz- Magro, Nicole "Snooki" Polizzi, Mike "The Situation" Sorrentino and Deena Nicole Cortese will reunite.

Congratulations to this wonderful couple!!