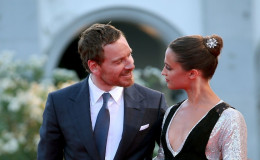 Michael Fassbender and his longtime girlfriend Alicia Vikander got married this weekend in a private ceremony at Ibiza.

They chose to tie a knot in a private ceremony and finally bonded for the lifetime. They met three years back while starring in the movie The Light Between Oceans(2016) as husband and wife and now they're real life partners!!

The couple got married over the weekend in Ibiza as some sources confirmed the fact. Sources say that the event took place on Saturday, 14 of October.

Michael and Alicia exchanged vows at the grand La Granja farmstead resort in presence of friends and family. 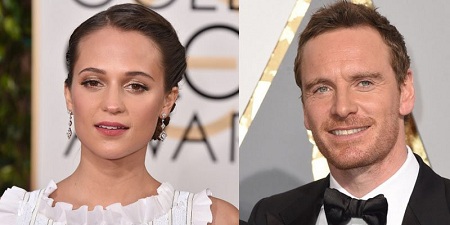 The news came into the light when the duo was spotted with wedding ring 0n Sunday 15th October during post marriage ceremony after the private ceremony.

It was first revealed by The Sun in early September that the heavenly couple was planning a destination wedding at Ibiza and everything's well accomplished as planned before.

Hunger actor Fassbender and his lady love were encountered spending a quality moment with some friends and family on the Spanish island last Friday.

The Irish-German actor looked stylish flaunting his toned body in an unbuttoned shirt and a pair of shorts. On the other hand, the Swedish actress wore a cool white gown.

They also shared a passionate kiss while the awesome moment was captured by a photographer.

The Pair Met Each other Three Years Back

Michael and his lawful wife met for the first time on the set of The Light Between Oceans in the year 2014. Vikander gained worldwide recognition portraying the role of Josefin Björn-Tegebrandt in the TV drama Andra Avenyn.

She played the role of Fassbender's wife in The Light Between Oceans and rumors of their romance circulate the same moment but none of them spoke a word on the topic.

In contrast, they were very comfortable talking about each other's talent in mass.

The most awaited couple finally disclosed their relationship making a public appearance at the Golden Globes last year.

Fassbender expressed that he was 'very proud' at the moment as his lovely girlfriend was nominated in two categories for her performance in The Danish Girl and Ex Machina. 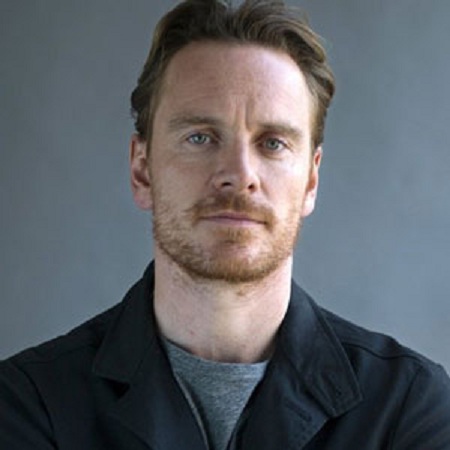