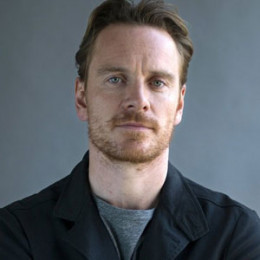 Michael Fassbender is a German actor and made his debut from the feature film fantasy war epic 300 as a Spartan warrior. He first came to prominence for his role as IRA activist Bobby Sands in Hunger and won a British Independent Film Award. Fassbender played Jonathan Harker in a ten part radio serialization of Dracula produced by BBC Northern Ireland and was seen in early 2004 in a Guinness television commercial The Quarrel. He is dating an actress Alicia Vikander since 2014.

The talented actor was born on 2 April 1977 in West Germany to a German father Josef and an Irish mother Adele. He grew up in the town of Killarney where his family moved when he was just two years old. There his parents ran a restaurant called the West End House, his father serving as a Chef. He along with his sister spent their summer holidays in Germany due to which he can speak German fluently.

Michael joined Fossa National School and then attended St. Brendan’s College situated in Killarney. At the age of 17, he decided to be an actor when he was cast in a play by Donal Courtney.

At the age of 19, he moved to London in order to study at the Drama Centre London which is a constituent school of Central Saint Martins. But in 1999 he dropped out to tour with the Oxford Stage Company to perform the play Three Sisters. Fassbender also worked as a bartender and a postman before landing an acting job.

One of the promising actors, Michael’s first screen role was as Burton Pat in Tom Hanks and Steven Spielberg’s award winning television series titled Band of Brothers. He appeared as Jonathan Harker in a ten-part radio of Dracula produced by the BBC Northern Ireland broadcasted in the Book at Bedtime series.

During the Edinburgh Festival Fringe, he played a drama by Mary Kenny which was based on the meetings between Collins and Winston Churchill. Along with his production company, he directed and starred in a stage version of Quentin Tarantino’s Reservoir Dogs. He has appeared in the movie 300. It is based on the 1998 comic series of the Frank Miller and Lynn Varley.

After acting in 300 he then acted on two other movies named Inglourious Basterds and Fish Tank. He also portrayed Magneto in the superhero blockbuster X-Men: First Class, the prequel to X-Men. In 2011 he starred in A Dangerous Method directed by David Cronenberg. He also acted in Shame for which he won a Volpi Cup Best Actor Award.

In 2012, he appeared in Haywire, an action movie directed by Steven Soderbergh and played the title role in Ridley Scott's The Counselor. He was also announced in "The Snowman", an adaptation of a Jo Nesbo book directed by Tomas Alfredson.

In 2016 he again played the role of Magneto in X-Men: Apocalypse. After that, he starred in Trespass Against Us with Brendan Gleeson, The Light Between Oceans and Assassin's Creed co-starring Marion Cotillard.

Michael has formed a production company named Finn McCool Films along with famous screenwriter Ronan Bennett. Currently, they are developing a film about the Irish mythological hero Cu Chulainn.

Since 1996, Fassbender has lived in Hackney, London in the same flat which he owned when he was in his late 20s. He is dating Swedish actress Alicia Vikander whom he met on the set of The Light Between Oceans.

His girlfriend will be playing in the new Tomb Raider movie which is set to release in 2018.

The German/ Irish actor is living a lavish life with a net worth of $30 million. He is living in the same house which he owned when he was at the age of late 20s.