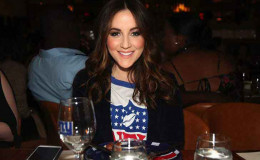 There's no doubt that American TV personality Kay Adams has certainly made her mark in the football, the so-called 'male-dominated sports world'. It was so difficult for her in the beginning but she's now the one who has on-air hosting roles; currently working as a host on Good Morning Football in the NFL Network.

When we usually talk about her impressive professional career, her personal life also comes side by side as every single fan of her has a keen interest on the very topic. Is she dating someone secret or is her heart still reserved for someone special?

Kay Adams: Is She Dating A Secret Boyfriend?

Famous TV personalities often tend to hide their personal life from fans and media. They tend to work on revealing details about some famous celebs but when it comes to their own lives, they remain tight-lipped.

Gorgeous American sportscaster Kay Adams, no doubt, comes in the same category. She's active on the social media but she's too far from the rumors of having a secret boyfriend or something like that. 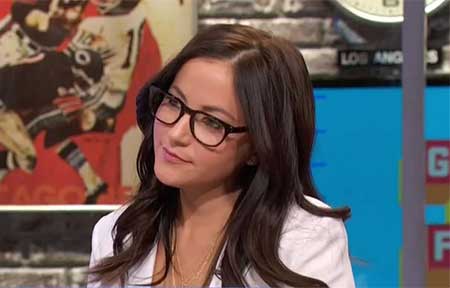 Her attractive body figure and charismatic personality attract many but they are still in confusion about whether she's still single or not.

Recommended: Who Is Antonietta Collins Married To? Know In Detail About Her Current Affairs And Relationship

Looking at her recent Instagram posts, one thing is pretty clear that she adores children more than anything else on earth. Have a look at her posts:

Sunday with my Maya.

Back in March 2011, she made a Twitter post and mentioned that she has a boyfriend and she's finally in love.

During an interview with Craig Ferguson in 2012, when she was asked about her dating life, she said that she's still single. Further, she mentioned that it would be hard to date someone with football knowledge.

You May Be Interested: American Sportscaster Jaymee sire is Dating Photo Editor Phil Dauria; the Couple might get Married soon

Well, as she's maintained her personal life low profiled, we wish to see her living a happy married life soon.

Adams started her career as an in-game host for the St. Louis Cardinals at their home games. From the same, she began her focus on fantasy football.

Initially, she worked on fantasy football shows including SiriusXM's Livin' the Fantasy and SiriusXM Fantasy Drive.

She worked as the host of 'Fantasy Zone' for DirecTV. Also, she spent time with NBCSports in Boston appearing on a video series called 'Quick Slants'.

She appeared as a guest in the Late Late Show with Craig Ferguson in October 2012. During the interview, Ferguson asked her whether she gets any criticism in the male-dominated sports world.

"It’s not easy, it’s not the easiest thing, but I deal with it."

She used the words "intimated" and "insecure" for how men act around her.

She was hired as one of the hosts of NFL Network's Good Morning Football in 2016. She's currently working with former NFL player Nate Burleson, analyst Kyle Brandt, and writer Peter Schrager in the show. 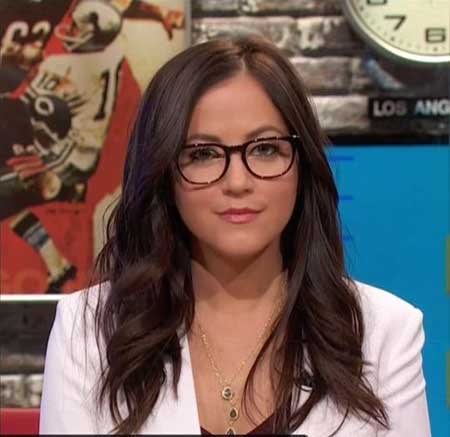