Home Article 1.85 m Tall Hollywood Personality David Boreanaz Married Twice And Is In A Relationship With Wife Jaime Since 2001; His Family Life And Children

1.85 m Tall Hollywood Personality David Boreanaz Married Twice And Is In A Relationship With Wife Jaime Since 2001; His Family Life And Children 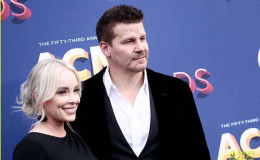 David Boreanaz was supposedly in a blissful married life until he admitted to doing something unforgivable. Luckily for David, his wife did not let this destroy their relationship, even though her anger had peaked at the time.

Relationships are bound to go through the test of time. The road is not always plain sailing. Riding out the storm in a relationship and staying together with the best efforts to make it work is certainly admirable.

David Boreanaz was supposedly in a blissful married life until he admitted to doing something unforgivable. Luckily for David, his wife did not let this destroy their relationship, even though her anger had peaked at the time.

David Boreanaz is married to his wife Jaime Bergman. The couple tied the knot on 24th November 2001.

David and Jaime first bumped into each other at a Valentine's Day Party in 2000. They soon started dating as they got closer to each other. The couple's engagement was announced in August 2001. 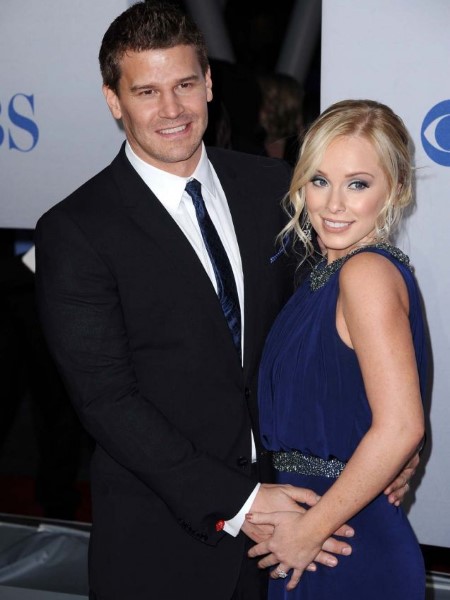 The pair ended up sharing wedding vows three months later after postponing their initially planned September 22 wedding in the wake of the September 11 attacks.

The couple shares two children together. They welcomed their first child, a son named Jaden Rayne Boreanaz on 1st May 2002. Their second child, a daughter named Bella Vita Bardot Boreanaz was born on 31st August 2009. 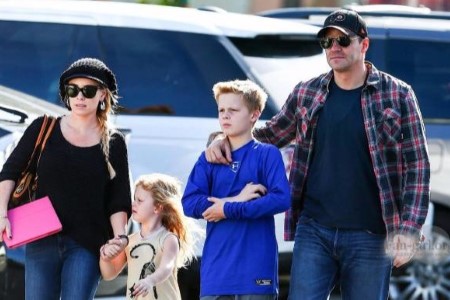 David Boreanaz spotted outside with his wife and two kids
Source: Celebrity Facts

Back in 2010, David admitted to having an extramarital affair with Rachel Uchitel. Previously, Golf star Tiger Woods was alleged to have cheated on his wife with the same woman.

Shortly after the actor's admission, texts began emerging on the internet displaying the sexual nature of the relationship. At the time of the affair, Boreanaz's wife Jaime was pregnant with their second child.

During an interview in May 2010, Jaime talked about how she was still pretty angry with her husband. However, she was still trying to repair their marriage, though it was a rough road.

The couple tried to work through their issues with the help of therapy. Bergman admitted:

"It took a crisis, it took infidelity to get us off our asses and work for what we want. We do the best we can. That s all we can do."

Boreanaz later took responsibility for his actions. He said he hopes the couple can go back to the way things were and how strong their relationship used to be. The actor said:

"When we got married we had an unbelievable foundation that we've never forgotten. But its been damaged."

David was also previously accused of sexual harassment by a coworker on the set of Bones. David's wife added they are committed to moving forward slowly now that all the secrets are already out.

"What s working for us [is] taking our time, moment to moment, day to day."

David and Jaime made a rare public appearance together at ACM Awards in 2018. The actor was joined by the wife on the red carpet, which is apparently a rare occurrence since it was four years ago the last time they made an appearance together.

David Boreanaz's Past Marriage And Affairs

David Boreanaz was previously married to his first wife Ingrid Quinn. The couple tied the knot in 1997. The actor filed for divorce in October 1999 citing "irreconcilable differences". 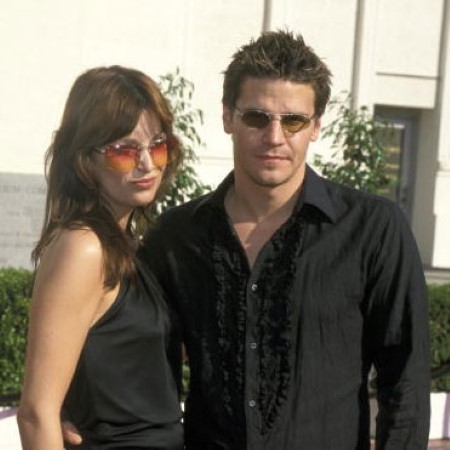 During an interview with E! Online prior to their official separation, Boreanaz had talked about his relationship with Quinn. He said:

"Ingrid's always been supportive. She has the same attitude as I do: If you don't get something, it's not meant to be. She'll help me along the way, as far as preparing for something. She's tough as nails--one strong Irishwoman."

The couple had begun dating back in 1994 when he was a struggling unknown while she was still a social worker. After three years of relationship, the duo got married in 1997. Sadly, their married life lasted only 2 years as their divorce got finalized in 1999.

There were rumors Boreanaz was dating his co-star in the TV series Buffy the Vampire Slayer, actress Sarah Michelle Gellar at the time. This could be one of the reasons that influenced the split between David and his then-wife Quinn.

Earlier, before he even married the first time, the actor dated a lady named Catalina Guirado with whom he shared a long distance relationship. They were together for a while before their love fizzed away. 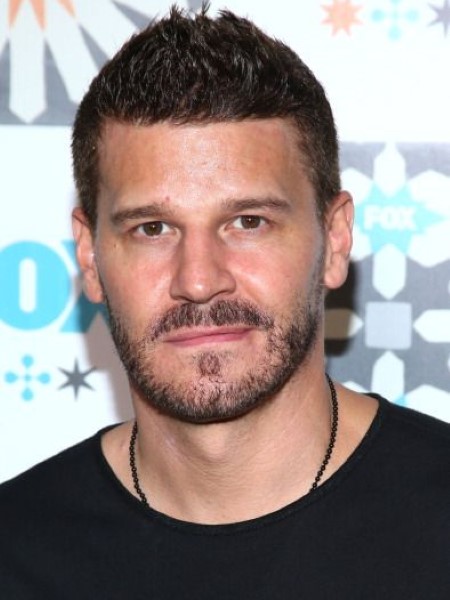