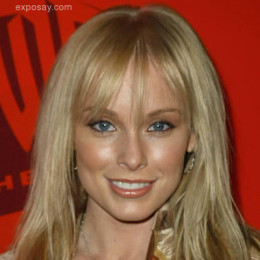 Born in Salt Lake City, Utah, she is a beautiful American model and actress. She has been the Playmate of the Month in January 1999 of the Playboy magazine. She has also featured in several of the Playboy videos. She is also a former Venus Swimwear Model. She had attended West Jordan High School and graduated in 1993. She was a cheerleader in her high school. She had changed her last name according to her husband as a gift to her husband and children since 2013.

Jaime Bergman was born on September 23, 1975, in Salt Lake City, Utah, USA under the birth sign of Libra. She is American and belongs to the White-American ethnicity. In 1993, she graduated from West Jordon High School in Utah.

She was a cheerleader during her high school days.

Jaime Bergman started her career as a model. In 1999, she was the  St. Pauli Girl representing the St. Pauli beer. She also served as a Prudential real estate agent. 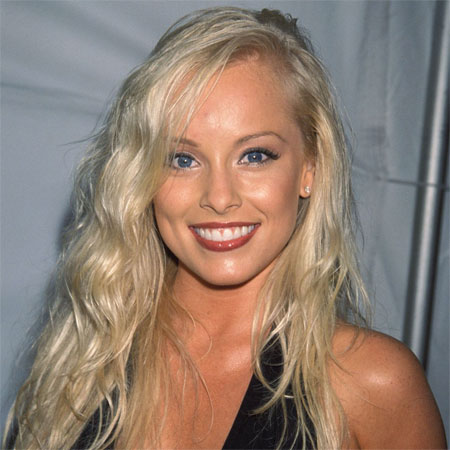 Bergman made her acting debut with Beverly Hills, 90210 in 1999. Some of her other screen credit includes Gone in 60 Seconds, Pauly Shore Is Dead, DysEnchanted, Brutally Normal, Dawson's Creek, Angel, and others.

She portrayed the role of B.J. Cummings in the Howard Stern Baywatch spoof, Son of the Beach. She also featured in various Playboy videos such as Playboy: Playmate Pajama Party (1999).

Jaime Bergman is happily married to her longtime boyfriend, David Boreanaz. The duo exchanged a vow on November 24, 2001, at lavishing ceremony.

The couple was originally set to get married on 11 September 2001 but postponed their wedding for some days after the terror attacks in Washington D.C. and New York. 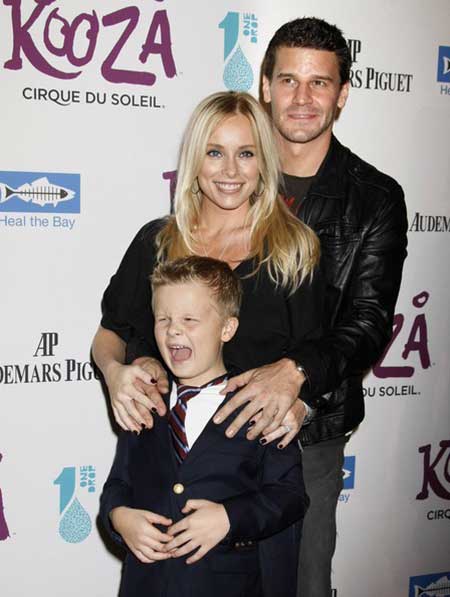 Jaime Bergman with her husband David Boreanaz and lovely son

Boreanaz is an American actor and director best known for his role of vampire-turned-private investigator Angel on Buffy the Vampire Slayer alongside Sarah Michelle Gellar, Nicholas Brendon, Alyson Hannigan, and Charisma Carpenter.

The couple is blessed with two children a son, Jaden Rayne Boreanaz (born on May 1, 2002) and a daughter Bella (born Bardot Vita Boreanaz on August 31, 2009) whose name was later changed to Bella Vita Bardot Boreanaz.

In 2010, actor Boreanaz admitted that he was irresponsible in the relationship with his wife and family. He confessed to cheating on his wife and said that he was determined to fix everything in his married life.

"Our marriage has been tainted with my infidelities. I just want to be open and honest. I was irresponsible."

I was associated with a woman who I was involved with and had a relationship with. She asked for money. I felt as though I was being blackmailed or there was some sort of extortion.

In 2013, Valentine's Day she legally changed her last name to Boreanaz as a gift to her husband and kids.

Her husband was previously married to social worker Ingrid Quinn. They managed to be together for two years until they divorced in 1999.

Bergman and her husband started a nail polish line, Chrome Girl along with their friends Melissa and Aaron Ravo. Bergman and Melissa run the day to day operations while their husband looks after the overall business.

Jaime Bergman has an estimated net worth of $4 million. In 2011, Bergman and her husband bought a house in Hidden Hills Californian at $3.3 million.

Her husband Boreanaz has an estimated net worth of about $30 million at present. He earned a sum of $250,000 in each episode of Bones.

After being in relationship for a year, they got married. They have two children from this marriage and are living very happily.

He is quite grown up now. He is cute and his parents love him very much. He has a young sister sibling.

She was born as Bardot Vita Boreanaz. She is still very young. She is loved by all in her family.