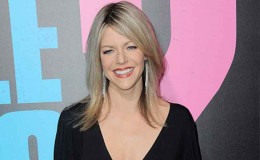 The well-renowned actress Kaitlin Olson falls in the category who met the love of her life at work who she eventually ended up marrying. So far their marital relationship is going as good as ever along with two cute members added to their family.

It's not unusual to see two co-stars falling in love on the set. However, it's not a regular occurrence when they end up sharing wedding vows and lives a blissful marital life with non-existent reports of conflict for a decade.

The well-renowned actress Kaitlin Olson falls in the category who met the love of her life at work who she eventually ended up marrying. So far their marital relationship is going as good as ever along with two cute members added to their family.

Kaitlin Olson is married to her husband Rob McElhenney. The couple tied the knot on 27th September 2008 in Malibu, California. 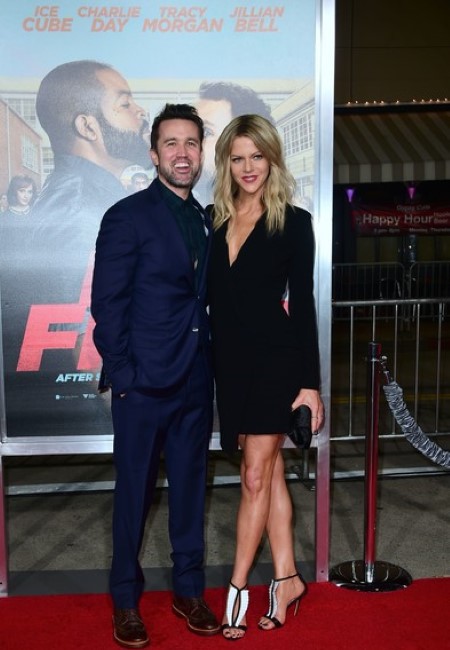 Both Kaitlin and Rob star together in the FX comedy series It's Always Sunny in Philadelphia. Another co-star named Danny DeVito attended the wedding ceremony. In addition, Emily Deschanel and Fred Savage were also amongst the guests.

Rob McElhenney is the co-creator and the executive producer of the series It's Always Sunny In Philadelphia. Rob was the one who cast actress Kaitlin Olson for his show, but back then the actor had no idea he would end up marrying that woman.

Back when they first met, Olson was apparently in a relationship with another guy. It took a while for Kaitlin and Rob to get closer to each other. The duo went to Big Bear for their first date.

The couple began dating in secret during the second season of the series in 2006. Speaking to Instyle, Olson said:

"We were very sneaky at first because we thought, this is a really bad idea. But then I fell in love with him."

Speaking on what's the best thing about working with her husband, Kaitlin said:

The actress added, Rob is her favorite person, so it’s pretty great to be able to spend the day with him for a couple of months. Moreover, there really isn’t a downside, because she feels it’s just for a short period of time because then he goes back to work and she goes to take care of the kids.

The pair dated for over a year before McElhenney finally popped the question in December 2007 with a vintage 1920s diamond cocktail ring in co-star Devito's Malibu beach house. The lovebirds subsequently exchanged wedding vows a year later. 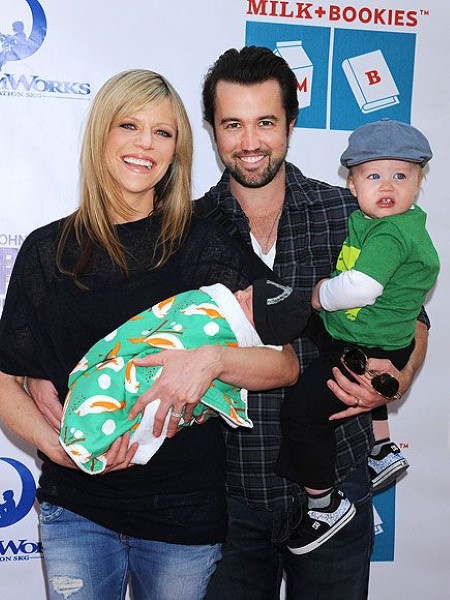 Kaitlin Olson with her husband and kids
Source: Pinterest

The entire family of four looks absolutely adorable together. It remains to be seen if this delightful duo decides to expand their family with further bundles of joy.

McElhenney and Olson are not the only Philly couple who are partners in real life. In fact, co-stars Charlie Day and Mary Elizabeth Ellis are husband and wife off screen who tied the knot in 2006. 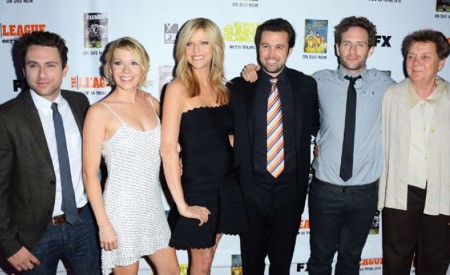 The cast of the sitcom It's Always Sunny In Philadelphia
Source: The Hollywood Reporter

During an interview with the casts in Los Angeles back in 2016, they were asked the challenges of working with their real-life spouses. Olson was the first to respond. She told Bustle:

"I would say congratulations, otherwise you don’t see each other that often, it’s kind of great,"

"I’d say enjoy it, because otherwise, you’re going to be acting in Atlanta or somewhere, ‘cause that’s show business now."

Apparently getting sick of each other is never in the cards. Kaitlin continued:

"No, I think it’s great. It’s like a whole different thing. You’re in work mode, then you come home and you’re in evening, dinner and wine mode. Kid mode."

"It’s pretty chill, you know? Until all the scandalous stuff starts coming out and then it’s awkward both on set and at home."

The Sunny cast has gone to incestuous lengths to make the audience laugh. For instance, in one of the episodes Day had to make out with Olson. You'd imagine that would be pretty awkward with both spouses on set.

To the credit of these couples, working so closely with their loved ones seems to carry positive experience. It looks apparent that they've kept a good balance between personal and professional life. Speaking on this, the actress said:

"Once people start realizing that you’re doing things inappropriately, then it would be weird. But now, so far so good."

Props to these adorable couples for maintaining an impressive work-life balance along with marital bliss. 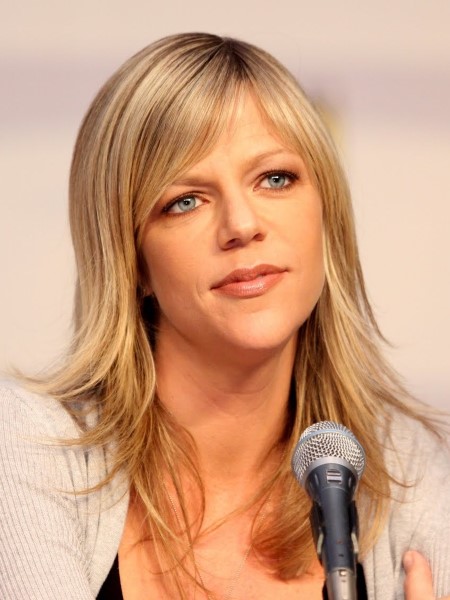