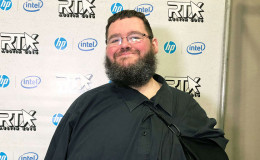 Life is like a rollercoaster ride and the ups and downs that come with his is almost unavoidable and one has no option but to soldier through it. Sometimes luck gives and sometimes it takes away be it in your career or love life and it seems that Steven Jay Williams got his lucky break in his career but not on his love affair.

Being a YouTuber with millions of subscribers, Steve, aka Boogie2988 has been successful in accumulating fame and fortune but his luck seems to have struck back in his love life as he got divorced with his wife recently.

Is Boogie 2988 in Relationship Again?

Steven Jay Williams aka Boogie 2988's probably taken a break from relationships and love affairs. The 45-year-old YouTube personality wants to focus more on building his career as Boogie thinks he is not made for love.

Post the separation with Desiree Williams in 2018, the internet sensation is not seen with any women nor heard of flirting any girls. The video gamer currently resides in Fayetteville, Arkansas, U.S.

Either of the pair knew they weren't meant for each other and it's better to walk separate paths. They decided to end it in November of 2017 but finalized it in February 2018. He says we can now move on with our lives, their relationship is entirely and fully over.

Steven Williams is the man behind the YouTube Channel Boogie2988. He made a fun redesign joke video back in 2012 that luckily got viral and was seen by over millions of people. Unfortunately, he hasn't been quite lucky regarding his love life as he is a divorcee.

Previously, married to Desiree Williams, there haven't been any rumors or news of about any new relationships in his life amid his separation with his wife.

Desiree and Steve were really close partners who supported each other and she was also a part of his videos. The couple had dated for a few years and had finally tied the knot in October 2013 and had been together until they finalized their divorce in 2018. 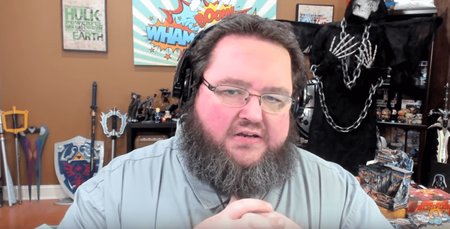 Although he is not dating anyone at the instant and is focused on his career, he has said that he is looking to have fun for a few years before he jumps into the relationship bandwagon again.

Also Read: Matt Lanter and His Wife Angela are Expecting their first Child

He had posted on Twitter regarding his perspective of the way his love life is going and he also mentioned a therapist who gave the idea that the divorce seems to have hit him hard.

For those of you worried about me dating too early...

Therapist says no relationships for 6 months to a year. Encouraged me to make new friends though and have a little fun so I will, just to get out of the house and have new experiences. Just want someone to play vidya with.

The mention of a therapist does raise concerns regarding him but he himself said that there is nothing to worry about. Although he is not ready to find someone, he is open to some company and it seems he has found a friend in his dog named Sammie who is helping him get rid of his loneliness and to move forward.

After a few months divorcing his first wife, he mentioned via a Twitter post that he met an adult actress and they dated for a while.

A few months after I got divorced I met an adult actress and we dated for a while.

People got really bent out of shape for some reason. But she was really helpful for my recovery.

No regrets. Would do it again. https://t.co/XrZcaThWcq

It seems Boogie2988 and his new girlfriend is no more in a relationship.

So for those that wont see it on drama alert I will put it here. Final word on this.

We dated 10 weeks. It didnt work out. She has bad feelings about it which she is entitled to have.

Sorry it worked out that way. Nothing but love for her. Go watch her and support her.

Well, they broke up after some months being together. He is most probably enjoying his single life at present.

Although Boogie2988 and his ex-wife Desire Williams appeared abundantly in love, on 19th December 2017, he declared that he and his wife are getting a divorce. The divorce was finalized on thirteen February 2018.

Must Read: YouTuber John Scarce is dating someone and his love life

It was a hard time for both but the divorce was friendly and both had said that they would remain friends.

Being an internet celebrity, the couple had even gotten married publicly. He uploaded a video on YouTube on 27th July 2012 in which he proposed Desiree which gained a lot of views and attention but it's sad to see the efforts turned to dust.

It is said that Boogie's obesity and his anxiety created a lot of problems throughout their marriage but despite the issues, they were together through thick and thin.

Suddenly out of nowhere his tweets began hinting of separation until one of his Twitter posts of September 2017, fired up the sparks of the divorce rumors.

It won't be wrong to say that he has gone through quite a rollercoaster of emotions as it is hard to lose someone who has been with you for quite some time. She helped him as a friend and also helped him with his content creation.

Well, not to worry Boogie2988 fans as his recent Twitter shows that it was for the best as he seems to be gradually getting out of the bad and moving towards the good.

Know why divorce is so expensive? Cause it's worth it.

Boogie2988 announcing him and his wife are divorcing!

No one can comprehend the way he is feeling other than himself and all we can do is pray for his better health and wish him all the luck in his future endeavors. 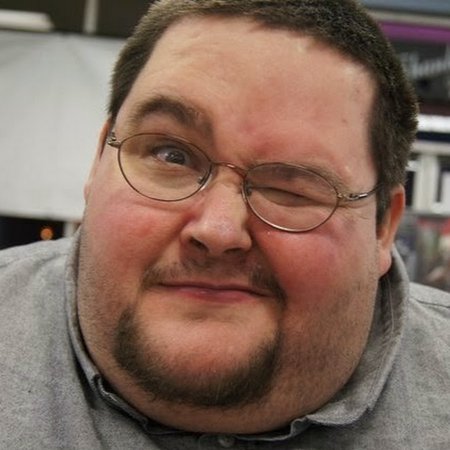