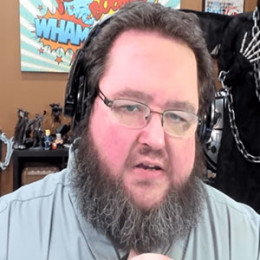 Since it's development on 14th of February 2005, YouTube has become a major platform to gain huge popularity, fame and, of course, a huge sum of worth for many. Among all, YouTube personality Boogie2988 made quite a name of himself for his video rants and nerd culture as a character named 'Francis'.

Not just popular as an internet star, he's popular for his oversize body. After successful gastric bypass surgery in 2017, he's definitely a healthy and happy person now.

Boogie2988's Personal Life: Is He Dating A Girlfriend?

YouTube personality Boogie2988 aka Boogie was previously married to Desiree Williams. The couple tied the knot in October 2013 and they were together supporting each other for years until something went wrong in their family life. They have no children together.

Boogie occasionally used social media to talk about his wife. Here's one of them:

Why does this picture of my wife and one of her friends make so many people insecure? Weird stuff if you ask me. https://t.co/KWoywwExa3

The couple separated with an official divorce finalized on 13 February 2018. As he is active on Twitter, he posted that few months after separating from his wife, he encountered an adult actress and the two started dating.

A few months after I got divorced I met an adult actress and we dated for a while.

People got really bent out of shape for some reason. But she was really helpful for my recovery.

No regrets. Would do it again. https://t.co/XrZcaThWcq

Well, as per his posts, the new couple romanced for 10 weeks and broke up. Though the two split, he mentioned that he still loves and supports her.

So for those that wont see it on drama alert I will put it here. Final word on this.

We dated 10 weeks. It didnt work out. She has bad feelings about it which she is entitled to have.

Sorry it worked out that way. Nothing but love for her. Go watch her and support her.

As the Internet star has no recent posts with a new girl in his life, he is probably single at present waiting for a new love.

Some sources estimated that Boogie amassed a net worth of about $1.2 million as of 2019.

YouTube is certainly a platform where one can receive huge popularity and can earn in millions. Forbes released the list of highest paid YouTube stars who earned the best in history in 2018.

In 2016, he received the Trending Gamer Award at The Game Awards.

He grew up with a brother named Bryan Williams and a sister Karla Williams.

Learn More: Obesity in America; Learn about its Facts and recent reports

Here's an interview with Boogie talking about his food craze and obesity:

Boogie is renowned for his video rants about nerd culture and video games as a character named 'Francis'.

YouTube personality Boogie was married to his wife Desiree Williams from October 2013 to 2018. The former couple has no children.