American Comedian Sebastian Maniscalco Married Life With His Wife Lana Gomez; Do they Share Any Children? 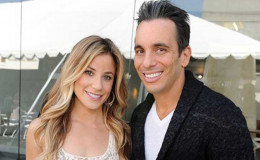 Famous comedian Sebastian Maniscalco has done a lot to get to this place and is married. How is his life going with his wife and children?

Everyone knows the name of the stand-up comedian, Sebastian Maniscalco who has many forget their problems and watch his comedy shows. Rising into the fame from a waiter is a big deal and Sebastian also worked pretty hard to be in this place.

Just like the fun, he does on stage, is his personal life as fun? The comedian is married to his wife since 2013.

Here, we will know some details about his life.

How Is The Married Life Of Sebastian Maniscalco With His Wife? Does He Have Children?

Sebastian is known for his sense of humor and he has been a great stand-up comedian for several years.

Well, talking about the comedian's love life, he is married to his artist wife Lana Gomez. They tied the knot in 2013. 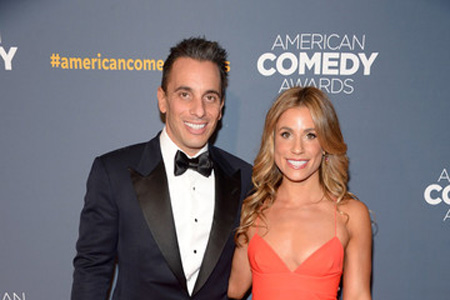 Sebastian and his wife Lana on the red carpet
Source: Zimbio

Lana is a painter known for her work with Kelly Wearstler and is also featured in the book Hue. She and Shepard Fairey were the ones who created the 10-foot guitar sculptures in Guitar Town.

Hitting the Farmers market with my little farmer.

The comedian and the painter has a beautiful daughter whom they welcomed to this world on May 12, 2017. Her name is Serafina Simone. Her name is inspired by the name of mothers of Sebastian and Lana respectively.

Talking about the birth of their daughter, Sebastian in an interview with People stated,

“Lana and I couldn’t be happier!”

“I’m looking forward to the baby squeezing my finger and [me] squeezing her chubby legs,”

The duo also started to bring out their daughter to stage with them.

Thank you to one hell of a photographer @johanyjutras for capturing this incredible moment with my beautiful wife and daughter. #stayhungry

Well, the couple seems to be happy with their lives for what they are and are currently residing in Los Angeles with their daughter.

The comedian after moving to Los Angeles from Chicago worked as a waiter at a hotel in Beverly Hills and used to perform at open mics in bars where he worked from 1998 to 2005.

Since then, he started performing regularly at The Comedy Store, a comedy club in West Hollywood. His first own show, Sebastian Live was launched on June 2, 2009. 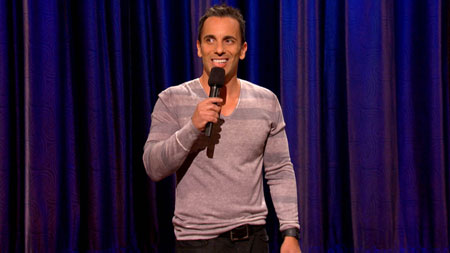 In the Vince Vaughn's comedy show, Wild West Comedy Show: 30 Days & 30 Nights, Sebastian was one of the four comedians featuring in the show alongside Ahmed Ahmed, John Caparulo, and Bret Ernst.

Not only those, but he has also featured in Russell Peter's Best Night Ever, Comedy Central Presents, and several others.

Well well, the comedian does not only stop in comedy but has also appeared in several movies like The Nut Job 2: Nutty by Nature, The House, and Cruise. 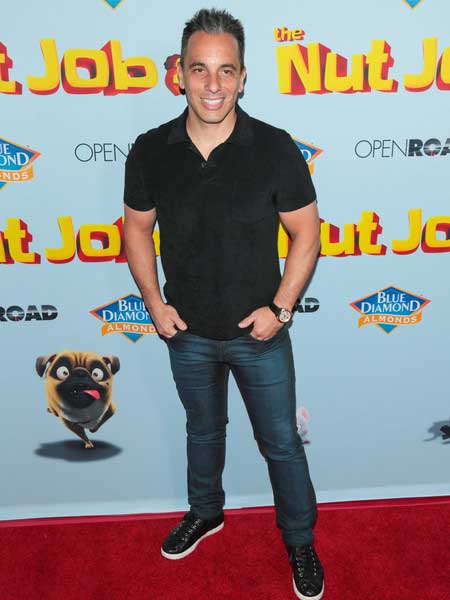 He also has a podcast called The Pete and Sebastian Show with fellow comedian Pete Correale.

The comedian is living a wonderful life with his wife and his career is sailing smoothly. His journey from being a waiter to a stand-up comedian is finally showing it's fruit. 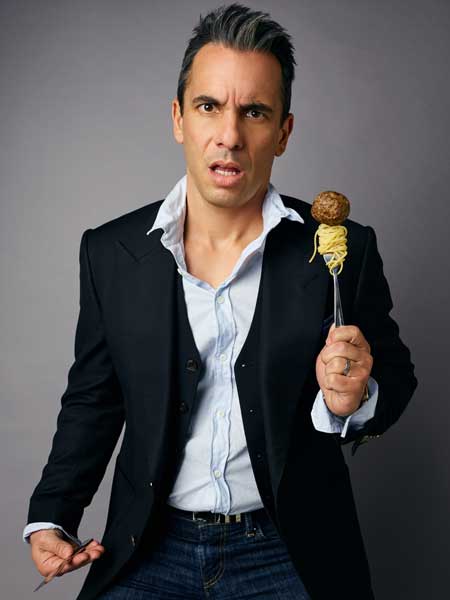