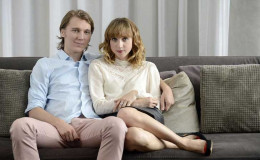 Zoe Kazan and her partner of around 10-years welcomed a baby back on August of this year but kept the information about their pregnancy a big secret; Know about their Personal life; Also, see..

Actress and playwright Zoe Kazan and her partner of 10-years Paul Dano became a parent to their daughter in August.

Ruby Sparks actress Zoe Kazan and her partner of around 10-years, Paul Dano has already become a parent of one daughter earlier this year on August but the couple remained silent on the matter.

Although it's a known fact that the duo likes to keep things behind closed doors, the news of them becoming parents certainly have made a lot of head turn. 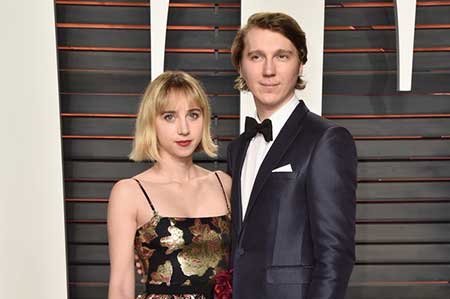 Ruby and her partner Paul attending an event
Source: Zimbio

The pair is living in Brooklyn, New York and welcoming their one and only child is probably their biggest achievement together. They are now a proud parent of one adorable daughter.

According to the sources, they named her Alma Bay.  The actress even hid her pregnancy from the public as she stayed low-profile for several months.

But there were rumors of her being pregnant back when she and her partner attended the Cannes Film Festival in May for the premiere of Wildlife.

The couple has been dating since 2007. They first started working together on the off-Broadway play, "Things We Want." Fast forward three years and the duo worked again in Ruby Sparks.

For now, Zoe will be taking care of their daughter, whereas, Paul Dano will be working on Broadway alongside Ethan Hawke. They will work in Sam Shephard's True West.

Zoe and Paul are yet to make any official announcement regarding the birth of their child.