A Caring Mother! Dog The Bounty Hunter' Wife Beth Chapman Celebrates Birthday Of Her Step-Son Amid Her Cancer Battle 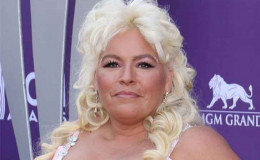 Beth Chapman continues to battle throat cancer, which was diagnosed again last month, a year after she was believed to be cancer-free. Cancer sure didn't stop her from having a good time. Beth celebrated her stepson Leland Chapman's 42nd birthday accompanied by other family members. The birthday celebration took place at Las Delicias North restaurant in Denver on Friday, December 14th.

The mother of two, Beth continues to battle throat cancer, which was diagnosed again last month, but Cancer sure didn't stop her from having a good time. 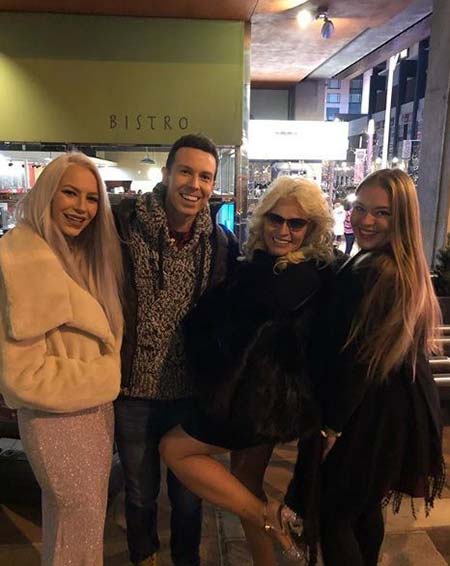 Beth posted a video on Instagram celebrating the birthday with her family in which she appears to be very happy and full of life. The reality TV star was seen enjoying quality and fun times with her close ones despite the sudden return of her cancer.

Us Weekly confirmed on November 27 that doctors rediscovered Beth’s cancer when she underwent emergency surgery. She revealed her initial diagnosis of stage II throat cancer back in September 2017. Beth announced months later that she won the fight against cancer.

You May Also Like: Duane Chapman; American Bounty Hunter is happily Married to Beth Smith. See the Relation of the Couple including their Children and Past Affairs

Beth’s disease is incurable and has spread to her throat and lungs. The TV personality is receiving treatment in Los Angeles and exploring other forms of therapy, denying her doctor's recommendation of four to eight chemo sessions. 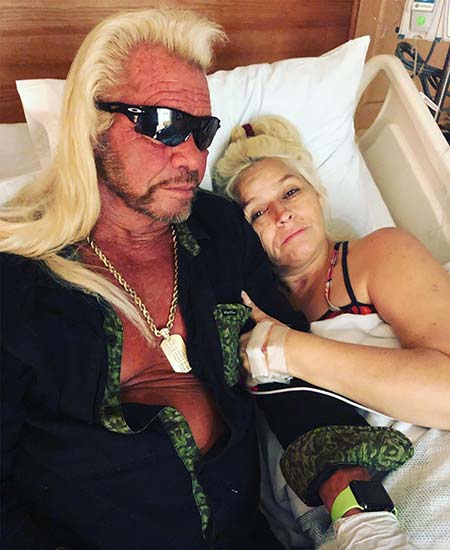 Dog The Bounty Hunter and wife Beth after her surgery.
Source: People

Talking about Beth's health Dog told the Us Weekly,

“I don’t listen to the bad news. I don’t want to hear it. I pray a lot, anywhere. I cry all the time. I’m a sinner. I pray a lot. I have done double that. I constantly ask God to heal my honey and make sure He takes care of it. I’ve been telling Him that I’m going to try and quit smoking and cursing. I’m a dealmaker, and I’ll do anything.”

Beth and Duane, a.k.a. Dog the Bounty Hunter, have been married since 2006, but the duo had a longterm relationship of almost 16 years before tying the knot.

After the diagnosis of Beth's cancer in September 2017, the couple decided to share her story with well-wishers and fans through the A&E special Dog & Beth: The Fight of Their Lives. The show aired late of November 2017.

Beth was fighting against throat cancer from 2017. The star despite her condition began filming new show, Dog's Most Wanted which proves that she was a really hardworking actress. On 22nd June 2019, the star was hospitalized and unfortunately, on 26th June, she died of complications from cancer.