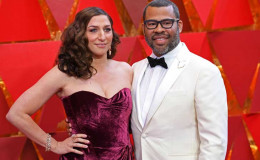 39-year-old American comedian Jordan Peele is in a marital relationship with Chelsea Peretti and has a son named Beaumont Gino Peele.

Jordan Peele is the man who created Oscars sensation and garnered critical acclaims for his directorial venture 'Get Out' in 2017. Peele gained mainstream popularity in 2017 with his movie 'Get Out' which has been admired by millions of fans worldwide.

The multi-talented Peele has been a perfect romantic director in life, and happily married to beautiful actress and comedian Chelsea Peretti. When two comedians marry and form a family/relationship; it is bound to be fun for both. The couple has been living a happy life since their marriage and parents a child.

Jordan Peele is in limelight due to upcoming sequel project of his 2017 sleeper hit "Get Out". Peele is currently married to fellow comedian Chelsea Peretti. The couple kept their marriage low-key and have become the proud parents of a son named Beaumont Gino.

They first met each other in the virtual world of Twitter; wherein they talked about a number of things. Though, they haven't revealed detail on which year they started a Twitter conversation.

After continuing chat in the virtual world, they decided to meet face to face one day. Upon meeting each other face to face for the first time, something connected them. 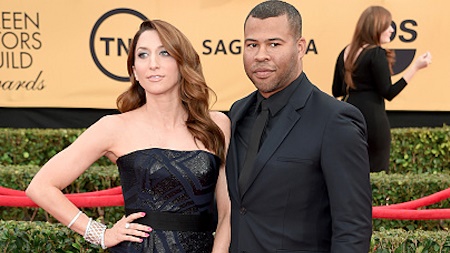 Jordan and Chelsea went on date number of times and fell in love with each other. However, the couple hasn't exactly revealed on which year they met face to face. It is only speculated that they met each other in the year 2013; the same year they started to date each other officially.

Also, see; Is Melanie Craft Married after Divorcing the first Husband or Dating someone? See her Affairs and Career 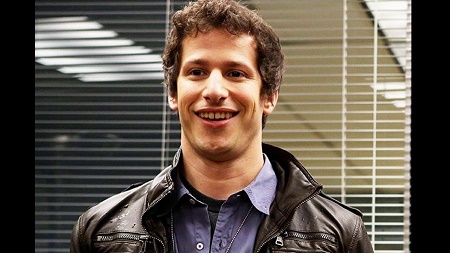 Andy Samberg in Brooklyn Nine-Nine, who played a role of cupid for Chelsea and Jordan
Source: TV Insider

Dish nation claims that an anonymous source told them about Andy's role in bringing them together. Chelsea went to elementary school with Andy and admitted that she had a schoolgirl crush on him. Andy gave her stamp of approval and helped them to date each other.

Discover; Al Sharpton is Dating someone after Divorcing former Wife Kathy Jordan, Who is his Girlfriend?

'Andy and Chelsea go way, way back so not only are they really close, but he's always interested in who she's dating.

As soon as Andy learned that Jordan expressed an interest in Chelsea he was on it. Andy knew this was a great match so he made it very simple – he told Chelsea that Jordan was a good man and she needed to give him a shot 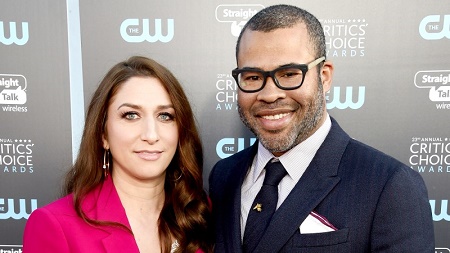 Jordan and Chelsea make an appearance during an event
Source: CW TV

They made their romance public only during the 'Creative Arts Emmy party' hosted by Comedy Central on August 16. The pair further opened about their relationship during the Emmy Awards.

The pair dated for two years until they finally decided that they want to spend the rest of their lives together. They got engaged in November 2015.

And, they married in 2016; after eloping. They had a low-key marriage ceremony and Chelsea's pet dog was the only guest at their marriage. They didn't invite their family and friends for their wedding day. 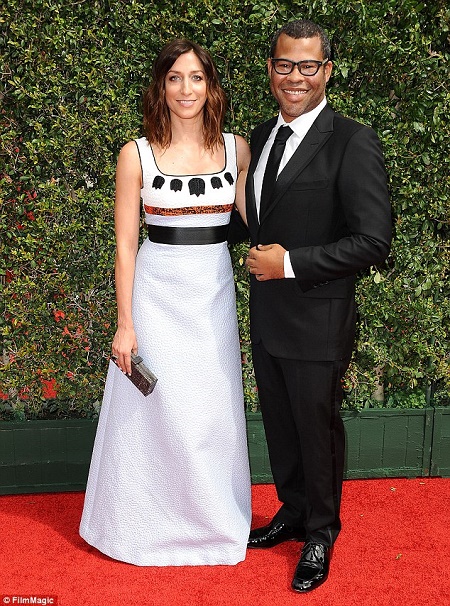 It seems that mutual respect, unending love, lack of compromises, trust and support are the keys to their successful marital bliss. They haven't shown a sign of conflict, problems and familial controversy. And, they are giving serious couple goals to other couples.

On July 1, 2017, they became a proud parent of a son. They named their son Beaumont Gino-Peele. They haven't revealed much detail about their son. During Oscars 2018, it was reported that Chelsea was attending the show with her husband and son. The couple hasn't shared any photographs of their son in social media.

Jordan Peele first appeared on Television at the age of 15 in 1994 in a show named ' President Clinton Answering Children's Questions'. In 2003, he joined the cast of a Mad TV for its ninth season, along with Keegan-Micheal Key.

They had great comedic timing and entertained audiences. Peele left the show in 2008; after running for 94 episodes. In 2009, Peele made his film debut with Little Fockers. He appeared in a viral video titled "Hillary vs Obama". He rejoined Mad TV until his role went to Fred Armisen in 2012. 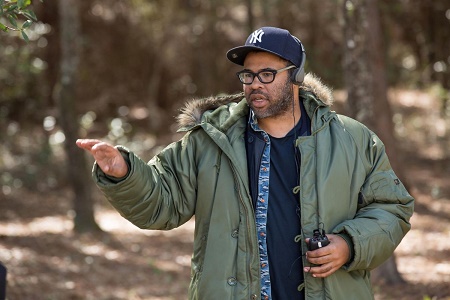 Jordan Peele while shooting for his movie 'Get Out'
Source: Screen Play scripts / Wired

He also appeared in other films like Wanderlust, Keanu, Storks, Captain Underpants animation movie, etc. The 39-year-old comedian made his directorial debut with 'Get Out' in 2017.

His future projects include sequel of 'Get Out', Abrutio, Usand tv show ' The Last O.G. 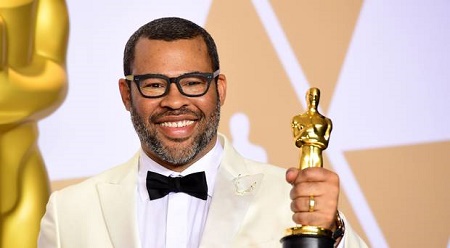