Home Article Is Dancing with the Stars' Alek Skarlatos hiding a Secret Girlfriend? Was Linked to few stars of the show

Is Dancing with the Stars' Alek Skarlatos hiding a Secret Girlfriend? Was Linked to few stars of the show 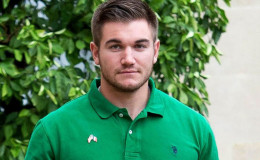 Alek Skarlatos not Dating anyone at the moment or is he hiding a secret Girlfriend; Find out more his personal life and Affairs

The show Dancing with the Stars is famous for making people from different backgrounds come together and entertain the audiences. From musicians to songwriters and from model to an actor. The show made history when it made a US soldier one of the contestants of the show, Alek Skarlatos. The handsome hunk got involved in a lot of romantic flings with several stars of the show.

Skarlatos himself never confirmed his relationships with anyone. So, is hiding a secret girlfriend or is he actually single? It is time to find out!!

The show DWTS is usually centered around celebrities going head on head with each other for that one precious trophy. But apart from the dancing, the show is also famous for backstage romance between the participants.

You May Like; American Footballer, Josh Norman Dating his DWTS Partner Sharna Burgess? What Did the couple say about the rumor?

In many years since the inception of the show DWTS, there has been a lot of relationships which has even made them a happy wife and husband. Skarlatos was also involved in a few romantic encounters with his co-stars. 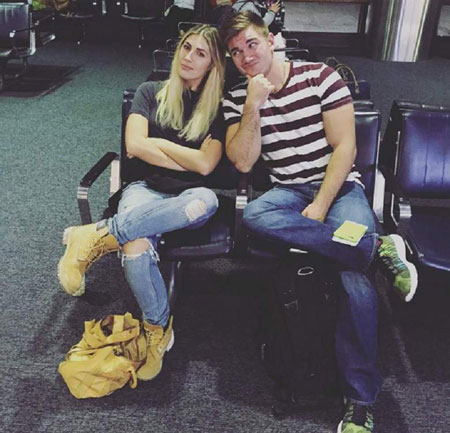 Alek is currently rumored to be dating Emma Slater,

The US Marine himself never confirmed any of those rumors. Most recently he is linked to Emma Slater. Though Skarlatos remained silent in the matter of the relationship between him and Slater, he admitted he has a crush on her.

In an interview on the Good Morning America show, Slater stated,

Now coming to his previous affairs the actor was also linked with his co-star from the show, Lindsay Arnold. Both of them looked pretty adorable together.

Getting ready for the show @lindsarnold #dwts #teamtakedown #tango #trueblood

DWTS fans were shipping them hard until a big shocker came out in the open. Lindsay got married and no it was not Alek. She tied the knot with her boyfriend of many years, Sam Cusick. Both of them announced the big news on their Instagram account when they posted a picture of themselves in an exotic location.

Apart from being a heartthrob, he is also the hero of the nation. Many of you might already be aware of how  Skarlatos along with some help stopped a potential terrorist attack on Paris rail back in 2015.

He stopped a gunman who was ready to unleash fire on the civilians nearby. It was because of his bravery he got awarded the highest French decoration, the Legion of Honour. He was also awarded the United States Army Soldier's Medal. 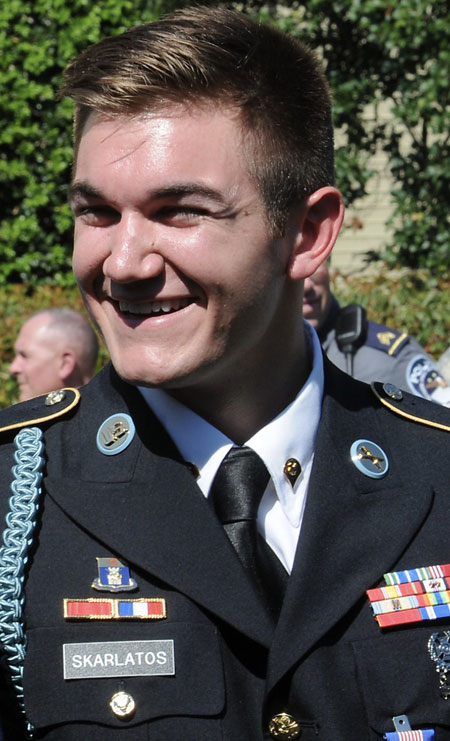