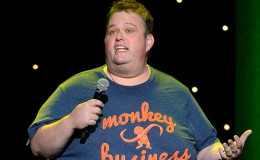 The American stand-up comedian and actor, Ralphie May made a place in many hearts with his amazing skills and comedy character. Ralphie became even more popular for his extensive tours and comedy specials on Netflix.

American comedian Ralphie relished a beautiful married relationship with his wife until his departure from the world. Even though he remained faithful to his wife and fans, sadly the actor left many to cry in the dark with sudden death. Let's take a quick glance at Ralphie May' married relationship and the cause of his death!

The American actor remained true in his entire life with his fans. However, his sudden death shocked everyone even more to his wife with whom his official divorce process went unsolved. 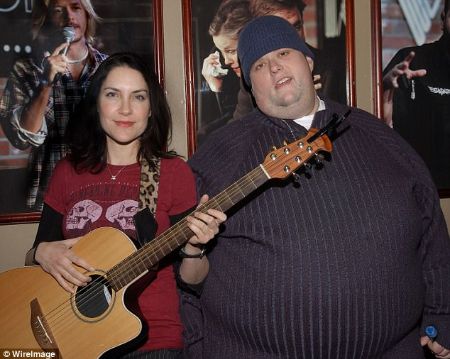 Late Ralphie May and his ex-wife Lahna Turner
SOURCE: People

Most importantly, the American stand-up comedian walked down the aisle with his girlfriend turned wife Lahna Turner on July 3, 2005. The pair gave birth to two children April June May a baby daughter in 2007 and August May a son in 2009.

Everything went fine until the misunderstandings of these two led to the separation. The couple filed for an official divorce in October 2015.

With the joint custody of their children, the pair faced the court. However, the divorce never got finalized due to the sudden death of Mr. May.

Ralphie May' Dies At 45 Due To Cardiac Arrest

Sad to many of us, the American stand-up comedian died due to an uncertain cardiac arrest on October 6, 2017. May's publicist Stacey Pokluda confirmed his death! 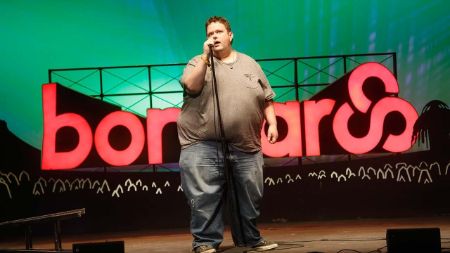 Comedian Ralphie May dies at 45

As a matter of fact, May came up battling pneumonia for several weeks that led to the cancellation of shows over the last month. Well, he was scheduled to do a meet and greet on his final performance at Harrah's in Las Vegas. But May showed early signs of his worsening health condition.

Also, Read: CNN Philippines anchor and senior correspondent, Amelyn Veloso died after a long battle with Cancer, She was 43

Well, he couldn't surpass his final battle with pneumonia and sadly left the world. May was 45 at the time of his death fighting legal custody with his wife and two children.

Also Learn: How is Cardiac Arrest differ from Heart Attack? Know its sign, causes, and treatment

Many of his admirers even posted a condolence and farewell messages in the memory of the comedian star.

Ralphie May. Dammit. You were a funny and sweet mofo man. Rest In Peace.

Oh NO. Ralphie May, comedian. RIP. As much fun to hang out with as he was to watch. GODDAMIT.

RiP Ralphie May. Great guy. Supportive, warm hearted & real. Everything you hear about him today is true. Loved by the comedians. Very sad.

With his sudden death, actor Ralphie May left all of his personal effects to his wife Lahna Turner.

As from the comedian's will revealed in court documents, all of his tangible assets including silver, paintings, furniture, automobiles, and clothing is officially passed to his spouse.

May struggled with obesity and pain throughout his life. Heavily weighted 16 years old Ralphie's weight increased to 800 pounds (360 kg) after a car accident.

Ralphie Talks About His Weight Loss

Later on, he participated in VH1's Celebrity Fit Club to lose his weight. Above all, he had gastric bypass surgery in 2004, that lowered his weight by 350 pounds (160 kg).

You May Like: Kerry Katona shows off her two stone weight loss in sexy silver dress; Also know about her Current and Past Relationship

Most importantly, the battle with pneumonia viral made him lose 40 pounds until October 2011. Although he succeeded to lose 450 pounds from his initial weight, he left the world in a total shock after a cardiac arrest. Hats off to the mighty man! 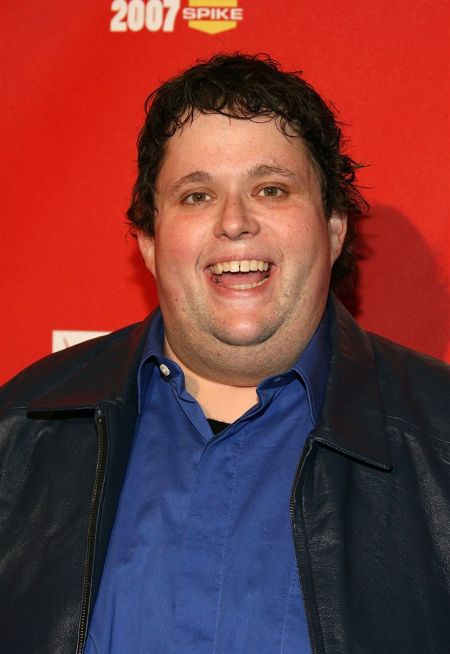