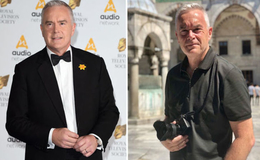 More than thirty years of career as a news reporter and not ever there was a single moment when Huw Edwards looked dull.

Best known as the leading news reporter for BBC, Huw Edwards is currently in his late fifties. And, looking back throughout the years, what a transformation the newsman has undergone not just professionally but physically too.

Even at this age, his tummy is still fat and his figure, still toned. Matter of fact, Mr. Edwards seemingly looks super conscious about his lifestyle and health as ever in recent years. Not to mention his super impressive weight loss which happened in a blink of an eye last year in 2018. 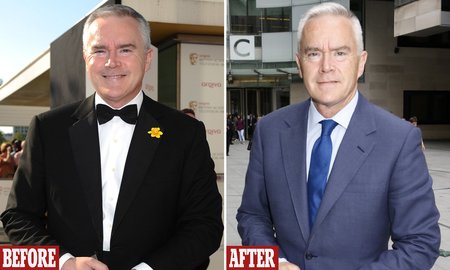 Edwards who claimed he lost three stones didn't only achieve his weight loss goals but also a hefty of compliments from his fans. But, what is it that helped Mr. Edwards accomplish his amazing transformation?

The father of five adult children including Dan Edwards, Amos Edwards, Rebecca Edwards, Sammy Edwards, and Hannah Edwards, he shares with his beloved wife, Vicky Flind, who claims he has no beauty secrets only attributes boxing for his tremendous physique changes.

Matter of fact, Huw always struggled with losing weight. But, it wasn't until he discovered boxing that helped him tackle his weight gain problem. Edwards then grew so accustomed to boxing that he, now, manages to regularly follow three boxing sessions per just a week. 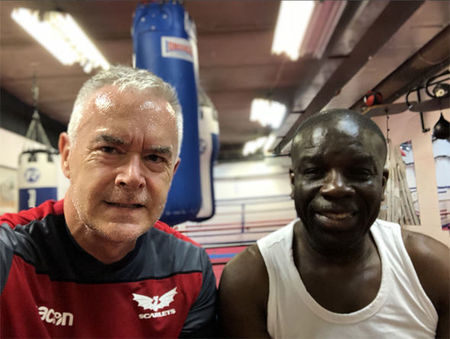 As per reports, he even teamed up with fellow retired professional boxing champ, none other than Clinton McKenzie, who previously held the European boxing title of light welterweight. Edwards who often shares his whereabouts posted a picture with McKenzie from their boxing sessions on Instagram.

Other than that, Huw also performed other physical activities such as TRX (Total Resistance Exercises) system, which was developed by the US Navy soldiers to maintain their figure and keep fit, and mostly uses the equipment, to keep in shape.

Last but not least, it appears as the news host of Britains' highly watched news program aka BBC News At Ten also made healthy eating choices to reduce his weight. Taking to Instagram, Huw shared a picture where he stares at a distanced cupcake in dilemma to whether or not to indulge in it. 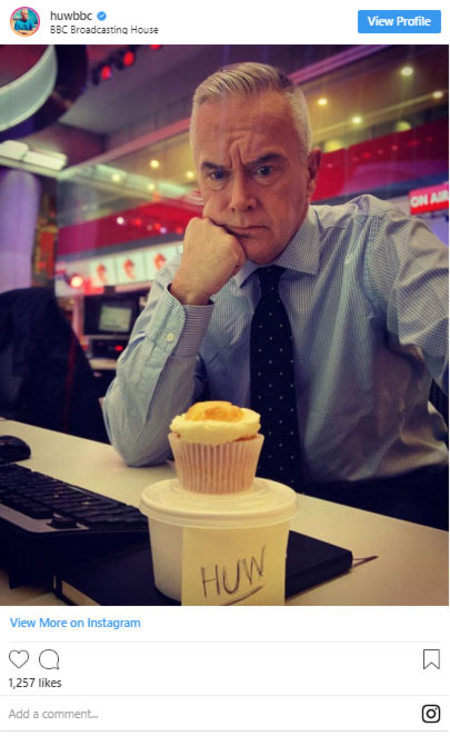 In his sheer words, Edwards captioned the picture with: "My cake hell" followed by a shocking face and cupcake emoji and hashtags that read temptation, sugarfree and healthy eating.

Meanwhile, Huw, who now weighs only 13 stones, isn't the only celebrity though, as fellow stars including Sandi Toksvig, Kate Garraway, Tom Watson, and Dolores Catania also followed the same diet pattern to maintain their weight.

View more Weight Loss Secrets as well as Biographies and Gossips on Marriedwiki.com.