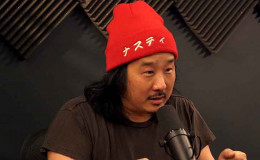 People around get their life and everything destroyed when they become trapped in substance abuse and addiction. While some are very lucky in actual who get love and support from their loved ones that help them return back in the normal life all again.

Pineapple Express actor Bobby Lee is living a happy married life with wife Khalyla. No doubt, she has supported him a lot both in his personal as well as professional life that made him the person he is now.

Bobby Lee Marriage life With Wife; Working Together With Khalyla On 'TigerBelly Podcast'

Famous American actor and comedian Bobby Lee is living a blissful life with wife Khalyla. The couple met for the first time via a popular online dating site called Tinder.

After much rumors about their relationship, Lee confirmed his relationship. As per some reliable sources, they got married in August 2016 at New York Church. 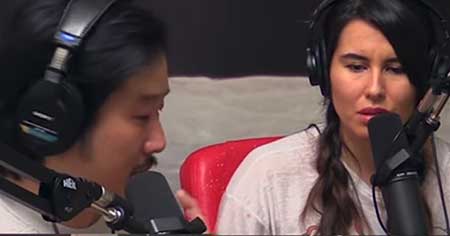 Looking at his recent Instagram posts, he is still going strong with his adorable wife. One of his recent posts says that he's still with the gorgeous lady. Have a look:

I turned 47 today. 16 years sober. Khalyla is still with me. Little penis. @khalamityk

In 2016, the couple started a weekly podcast called 'Tigerbelly' on YouTube. The video podcast is hosted by Lee himself.

Living together and, of course, working together; what else is required than this for a pair?

Popularly, the two discuss events of their lives, topics about the pop culture, and also about Asian American issues like ethnicity, racism, politics, sexuality, ethnicity, adolescence, and entertainment industry.

Besides his romantic life, his relationship with his parents is also so strong. Here's how he celebrated 'Mother's Day.' He posted an old image of his parents' wedding on Instagram.

Happy Mother’s Day! I wish I looked more like you and not dad. I love you mommy!

Well, Lee and Khalyla have been together for a long time. We wish them all the very best for their future betrothal.

Bobby Lee; His Journey From Addiction To Sobriety

Lee is sober for 16 years now but things were much difficult back in the days.

He started taking marijuana and methamphetamine when he was just 12. He went through three drug-rehabilitation attempts in past.

Lee revealed that during his period of drug abuse, he competed in a wrestling tournament and also won it. When he started performing on MADtv, a producer told him to become sober otherwise his career would be in danger.

He told his story of how he got fired on 'This Is Not Happening':

"Over the months I developed an eating disorder. I couldn't stop eating Vicodin. Starting to eat five a day, I eventually took 40 a day. It was a disease and it got worse and worse."

"After two years of it, they gave me an intervention. They said, 'You're doing too many drugs, and we want you to stop.' During the show in front of 400 people, I have three pages of dialogues but I knew six words all right?"

Well, it was just the end. He explained,

"I shit my pants down my stockings and the audience in front couldn't believe their eyes. I knew my 10 years career was over."

One of the producers of the show asked him to pack his stuff and it was just the next day he went to the rehab. After months of being sober, they hired him back in the show. Most importantly, MADtv producer Lauren Dombrowski fought a lot for him after he was fired from the very show.

Now, he is proud of spending 16 years of sobriety and we are very happy for him. 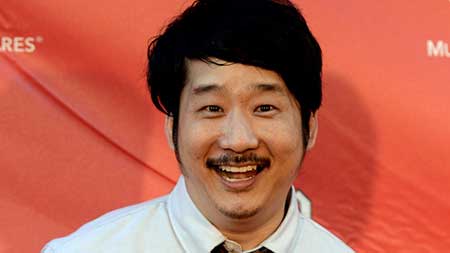