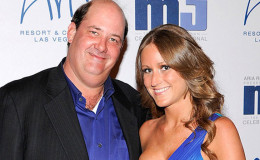 The 2005 hit comedy series 'The Office' is long gone by now, but it takes a long time to erase the specific characters from our hearts. The Emmy Award-winning actor Brian Baumgartner made a place in his admirer's heart by playing Kevin Malone.

Regardless of his huge success from his professional career, his enthusiastic fans are eager to know about his personal life. Fans are eager to know who is he married to? Down below you can find each detail regarding Brian's marital relationship including his rise in career and net worth!

The American actor Brian Baumgartner married his longtime girlfriend Celeste Ackelson in 2014. The Office actor tied the knot with beauty Celeste Ackelson. Actress Emily Blunt and Jenna Fischer were in the attendance. 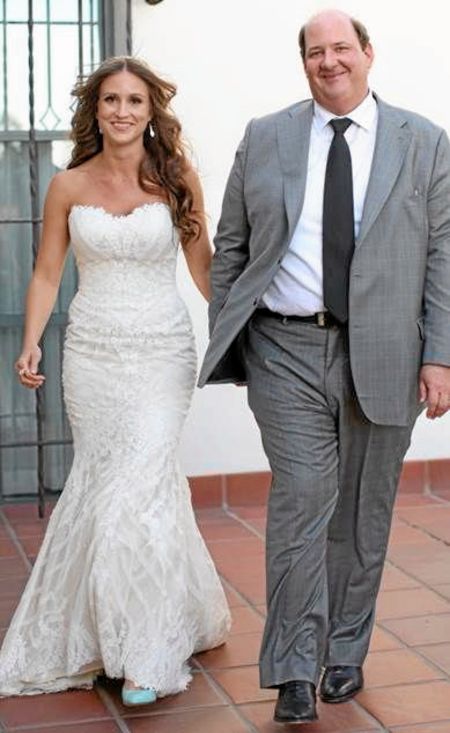 The ceremony took place in the star's backyard in Los Angeles, with the reception at the Wilshire Country Club. For her nuptials, Celeste wore a strapless ivory lace gown with a mermaid finish. Whereas, on the biggest day of his life, Brian looked smart in his light grey suit with a black tie.

Recommended: Devil Wears Prada Making a Sequel? Actress Emily Blunt States She Is Ready If Sequel Is In Order

Initially, the couple enjoyed a warm and lovely relationship. The pair welcomed their first baby girl, Brylee Bea Baumgartner in 2015.

I call this one: "Winning at the Gala in Monaco with Stearns and Elway"

The lovely couple's bond became even stronger after they took their wedding vows. The blissfully married pair enjoy their time visiting their relatives and helping them. Moreover, they are often seen attending various film events and premiere together.

Above all, the pair seems very loyal and dedicated to each other as there is no news of extra-marital affairs till now. Apparently, the duo maintains a happy relationship with their child and resides in Los Angeles and Hilton Head.

Brian Baumgartner' Net Worth And Career

With his appearance from different TV shows and films, the American actor Brian Baumgartner surely made a huge fortune. Moreover, his appearance in the 2005 comedy series, 'The Office' adds up a quite handsome amount of money to his account. As of 2019, Brian's estimated net worth is around $6 million.

Earlier in his career, Brian served as the Artistic Director of Hidden Theatre in Minneapolis, Minnesota. There he received multiple awards for artistic and acting excellence, with his hard work and patience.

You May Like: Actress Jenna Fischer Married her second Husband in 2010 after Divorce with EX-Spouse; See her Relationship and Affairs

Later that, he got the opportunity to perform in the renowned Guthrie Theater. In addition, he did great in his plays at Berkeley Repertory Theatre, Children’s Theater Company, and Theatre de la Jeune Lune.

However, his break came after he portrayed the role of Kevin Malone in 'The Office'. Nevertheless, 'The Office' ended in 2013, Brian earned himself a sweet spot among his viewers as a regular cast member of it.

Besides, he appeared in television series such as 'Jake in Progress', 'Everwood', and 'Arrested Development'. 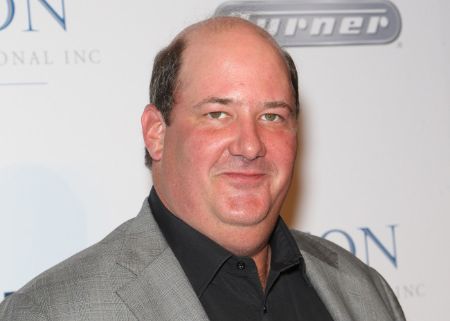 For more interesting Gossips and News of your favorite celebrities do visit Marriedwiki.com.article!!!!