Home Article American Actor Kris Kristofferson With His Three Marriages Has Many Children; Know About His Past Affairs And Marriage

American Actor Kris Kristofferson With His Three Marriages Has Many Children; Know About His Past Affairs And Marriage 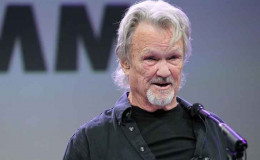 American singer-songwriter Kris Kristofferson seems to be in a stable condition at present. Kristofferson who had successful bypass surgery in 1999 suffered from Lyme disease since 2004. He is definitely recovering from the condition from continuous ongoing treatment and also with the love and support of his third wife and kids.

American singer-songwriter Kris Kristofferson seems to be in a stable condition at present. Kristofferson who had successful bypass surgery in 1999 suffered from Lyme disease since 2004. He is definitely recovering from the condition from continuous ongoing treatment and also with the love and support of his third wife and kids.

Wanna know details about his past affairs and children? Here you go with every detail in today's session.

The veteran American singer who has already been in twelve romantic affairs to date is still married to his spouse, Lisa Meyers. They've been united as a life partner for over three decades now. Yet, they live sound life without any rumors of extramarital affairs and divorce.

The cupid owns a home in Los Flores Canyon in Malibu, California. As of now, they retain a residence in Hana on the island of Maui. After dating several years, they turned a lovey-Dovey relationship into holy matrimony. Since then the pair never looked back. All in all, the family of seven lives a blissful life in California, United States.

As a private person, the retired musician is super concerned about her family's privacy and keeps anything regarding them under the radar. Not to mention, Kris also avoids getting pictured with his adult children. 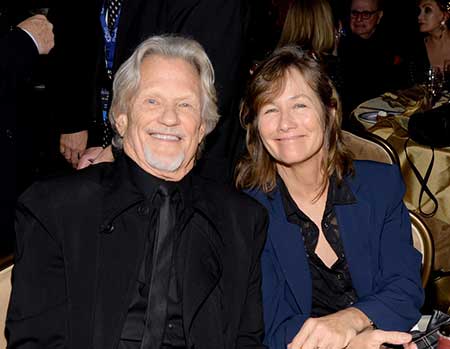 Country music legend Kristofferson suffered from long undiagnosed Lyme disease. His wife Meyers revealed that the disease was misdiagnosed with Alzheimer's disease back in 2013. She mentioned that her husband "suddenly came back".

"His whole personality came back after three years."

'I wish my memory weren't so bad. They tell me it's from all the football and boxing and the concussions that I got. A couple of years ago my memory just started going. I can remember my songs so I can perform, but other than that….'

As time passed by, he developed more Alzheimer-like symptoms that include short-term memory loss. As per some sources, Kristofferson is recovering from the disease with long ongoing treatment.

On the other hand, Kristofferson is a massive fan of the late Canadian singer Leonard Cohen. As a matter of fact, he also wants the first three lines of Cohen's famous song aka Kris's favorite song, 'Bird on the Wire' written on his grave.

Kris Kristofferson's Past Affairs And Relationships

Kris previously tied the knot with his first wife Fran Beer in 1960. The couple who has a son named Kris Kristofferson (1968) and daughter Tracy Kristofferson (1962) maintained their relationship for nine long years until they filed for divorce and separated in 1969.

Four years after separating from his first wife, he married American recording artist Rita Coolidge. They met for the first time in 1971 on a plane ride from L.A. to Memphis; kind of 'love at first sight. 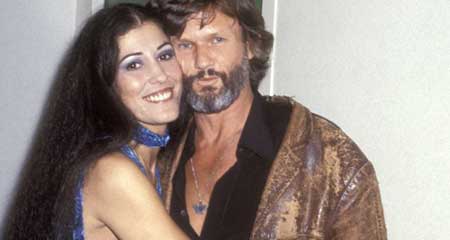 The couple welcomed a daughter named Casey Kristofferson in 1974.

After seven years of living a blissful married life as husband and wife, the couple faced some disturbance in their conjugal life. They separated with an official divorce in 1980.

Though the two have been separated, Coolidge reported that she still shares a strong bond. She said to People Magazine,

"Kris and I have a connection and we laugh at stuff that nobody else gets. We just have a bond that is beyond any kind of understanding."

Though their separation created a great buzz in the media, they are still in a good relationship for the sake of their kids. 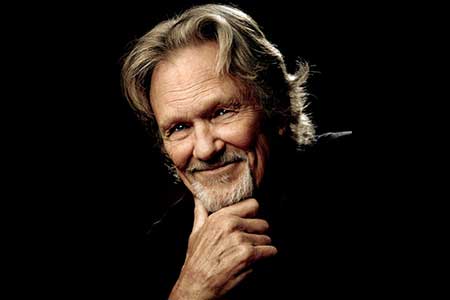 King Center for the Performing Arts.