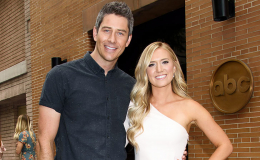 Entertainment Tonight star, Arie Luyendyk Jr. is enjoying one of the best moments of his life with wife Lauren Burnham and their newborn baby girl. It is obvious the couple are just ecstatic about their blissful life and loving it at their fullest.

American-Dutch racing driver,  Arie Luyendyk Jr. famous for a show 'The Bachelor' and his wife Lauren Burnham from the same show had to deal with some strange events on the show. Though they are now pretty joyous, what exactly did they go through during the show and how did they get along together from one of the controversial show? Let's get into the details!

Arie Luyendyk Jr. is enjoying his life to the best with the birth of a daughter Alessi Ren Luyendyk with his wife Lauren Burnham on May 29, 2019. The couple is more than delighted with this blessing and couldn't stop sharing it in the media. 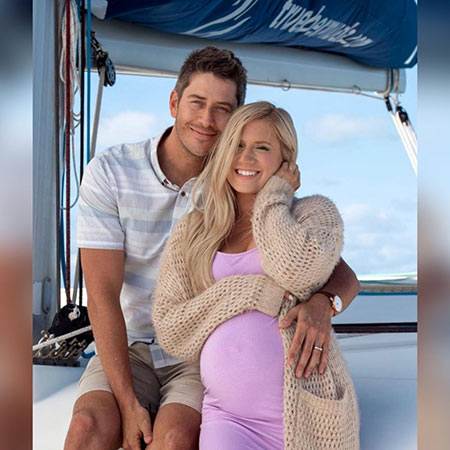 Burham was eager to let her fans and followers find out the news and posted the picture of her holding her newborn daughter. Have a look at the post!

The sweet soul was born healthy at exactly 2:09 p.m. with normal weight of 6 lbs and a height of 20 inches long. On the other hand, the proud father Arie shared a sweet picture of him holding the baby girl. Check the post out!

Fatherhood is the best. I think my heart just grew two sizes

The couple first found out about being parents in November 2018. Since then they've been open about their personal life and regularly updating their fans.

You May Also Like: Road Racer Josh Brookes not Interested in Marriage or having Children; See his Affairs and Relationship

Let's congratulate the new parents for the new bundle of joy in the family!

How Is Arie Luyendyk Jr And His Now Wife Lauren Burnham Relationship All Along? Their Marriage?

After dating for some time, the couple got married on January 12, 2019, 10 months after getting engaged on the episode of 'The Bachelor'. They've been enjoying their love life since then. But first, have a look at the proposal video!

That's the moment every girl wish to have, to be proposed when the world is watching. Burnham is a lucky girl to have got that captivating moment.

Recommended: Confused Love! The Bachelor star Arie Luyendyk Jr. in dilemma choosing between Lauren or Becca; Who is the Winner?

The love birds then went on to tie the knot on January 12, 2019, at the Haiku Mill in Maui, HI officiated by Bachelor host Chris Harrison. They didn't telecast the wedding but were sharing pictures and words to the media. See the picture of their alluring wedding! 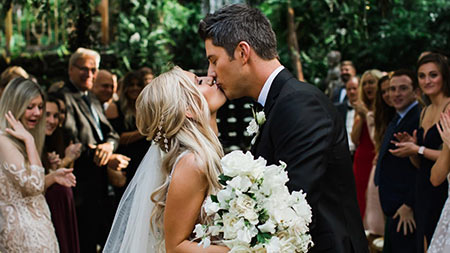 The bride wore a stunning sleeveless gown with floral embellishments, while the groom went for a classic black tuxedo with a black bow tie. Also, the wedding was 10 times better than Burham imagined as stated by her.

See More: The most awaited season finale of the show 'The Bachelor' has finally aired: Nick Viall proposed Vanessa Grimaldi to be his wife: Couple might get married soon

Well, it looks like it was easy all the way from the beginning but it's not. Arie first proposed Becca Kufrin in the show 'The Bachelor', just to dump her after few episodes. He proposed her and dumped her on the show just to propose his now wife Burnham, which caused few controversies. See the video of him breaking up with Becca!

Well, everything began from the show and looks perfect so far with love and happiness showering them. If it continues that way, we won't be surprised if they manage it for years to come. 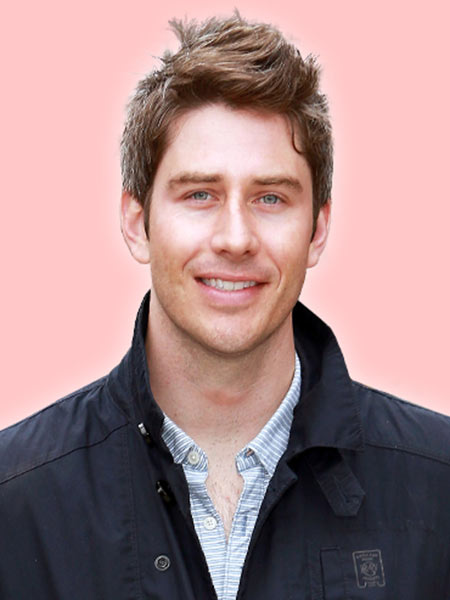