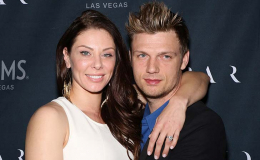 The 39-year-old American singer and songwriter, Nick Carter is a great personality making his name big in the industry but he went through some rough days with his wife dealing miscarriage pregnancy.

It is heartbreaking to find out your baby is no more to whom you waited a long to meet. Famous Singer, Nick Carter and his wife Lauren Kitt Carter are two brave people to have not lost their hopes even after such an unfortunate incident. Well, let's have a close look at what their life was like!

The Backstreet Boys band member Nick Carter and his wife Lauren Kitt went through a difficult phase back in September 2018 as they lost their baby three months into the pregnancy. But happily enough, in May 2019 Carter shared it in the media, they are expecting a baby child. 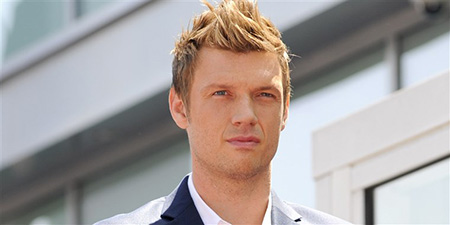 The unfortunate happened in September 2018 which broke everyone's heart. Nick was on his South America and Mexico solo tour when he found out about the miscarriage and had to cancel the concert in Lima and Peru as he found out about the loss of a baby. Later, he shared his feelings on Twitter and his followers were saddened by the miscarriage Lauren went through. Check out the post!

God give us peace during this time. I really was looking forward to meeting her after 3 months. . I’m heart broken.

Also, he sadly shared that it was a baby girl and also he let his fans on Lima know that he'll be performing there for fans even though it would be hard. He tweeted saying,

'It was a little sister for Odin... This will be hard, but for the love of my fans here in Lima, I'll be on the stage tonight. (sic)'

The couple previously had some complications with their first child Odin. They were not sure if the baby gets on to the earth or not, however, after all the riddle the baby was born on April 2016 and the couple was head over the heels. Well the way they find out it was a boy is interesting and we thought you might wanna have a look!

As of now, the beautiful love birds are having a great time together and are now expecting a beautiful child. Carter thanked god and posted a beautiful family picture of himself feeling his wife's baby bump and smiling at their son, on Instagram.

Thank You God for giving us the greatest gift we could ever ask for . #pregnant #werepregnant #babykisses #happiness #family

Well, fans don't want to see any problem in this sweet lovebirds life. We wish them a delightful and healthy life ahead and hope no complications gets near them.

Nick Carter Married His Long Term Girlfriend; What Is His Family Life Like?

This is the End singer Nick Carter lives a great life with his wife and a son, managing quality time from work to spend with his wife and son. He is super attached to his family as he enjoys the holidays with them, and also occasionally takes them to his work. 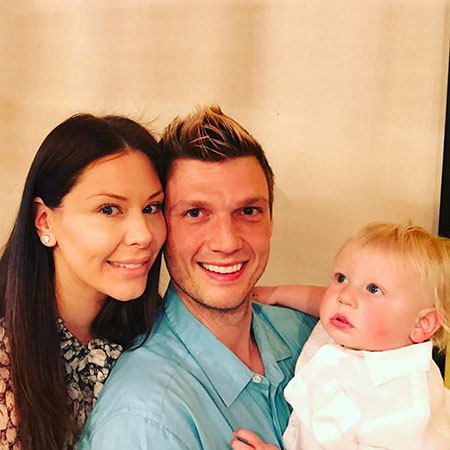 Recently in May 2019, they went to Spain for their own projects, but they anyhow spared a time to meet and enjoy together, while posting it on Instagram.

Even though we’re in a different hotel every night and daddy has a show every other day. We still find ways to spend quality time with our little man. Touring is not easy BUT these will be memories he’ll never forget. Thank you #barcelonaspain for welcoming us. We love you #spain @aquariumbarcelona #backstreetboys #dnaworldtour #memories #children #kids #toddlers #traveling #roadpuppy #traveltheworld #parenthood #parents #motherhood #fatherandson #motherandfather #happiness #attractions #food #paella

The pair are one example that every parent should look at. Although they have a busy professional life, they somehow find out the way to spend time with their son and give him good parenting.

You May Also Like: Did Tami Roman's Miscarriage Affect Her Relationship With Boyfriend Reggie Youngblood?

Talking about a marriage of the lead singer of the famous band The Backstreet Boys, Carter met his now wife Lauren through his brother and sister back on October 20, 2008. He romantically proposed her on February 20, 2013, in Florida on an island.

The beautiful fitness expert who has had a rough life with her mother being in and out of jail couldn't reject his proposal. Moving on, the two tied their long term relationship with marriage on April 12, 2014. Have a look at their wedding picture!

They married in a beautiful venue in Santa Barbara, California with a few famous names invited to the wedding including The Backstreet Boys. They filmed the wedding for Nick's reality show "I Heart Nick Carter" and the wedding was also featured in In Touch Weekly Magazine's May 5, 2014 issue.

It's wonderful to know that the couple after their long relationship, major problems on the road, are now living an alluring life. 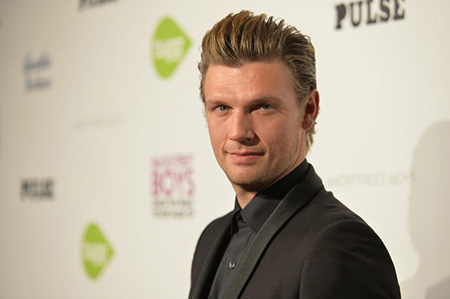