Home Article Anna Duggar gave birth to her Fifth Child with Husband; What's the name of their new born? Find all the information here

Anna Duggar gave birth to her Fifth Child with Husband; What's the name of their new born? Find all the information here 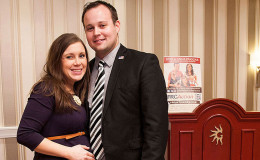 Anna Duggar gave birth to her Fifth Child with Husband; What's the name of their new born? Find all the information here

Yet another member at the Duggars. The eldest son of Jim Bob Duggar, Josh Duggar is now a father for the fifth time.

Josh along with his wife, Anna Duggar, announced that they are expecting their fifth child earlier this year. Let's see all the details about the newest member of their family.

Children often learn from their parents and it looks like Josh is making his father proud as he just welcomed his fifth child with his wife. His wife gave birth to an adorable bundle of joy. 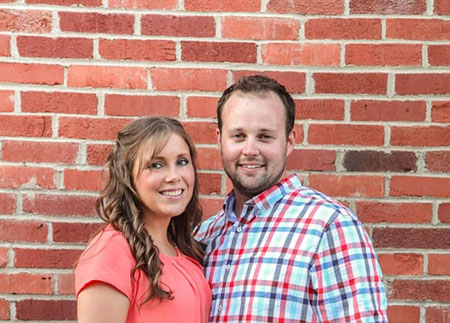 Josh and his wife are now parents for the fifth time, Source: The Hollywood Gossip

They named their boy, Mason Garrett. The child was born 9 lbs., 1 oz. and is 22 in. long. Upon the birth, in the Duggar's family official blog, the family stated,

"We are so thankful and happy to announce the arrival of our new son, Mason Garrett Duggar. Both he and Anna are doing well. He arrived today without complication and we already adore him."

"The entire family is ecstatic over the arrival of another beautiful blessing. We want to thank everyone for your prayers, kind words and well wishes. We appreciate it much more than we could ever express. We pray God blesses each of you with an abundance of the kindness you’ve shown us.”

The pair told the world they are expecting earlier this year. After a two year long gap, they became parents again and the gap was due to the controversial reason of Josh being accused of molestation.

The pair is already parents to four children, Mackynzie, 7, Michael, 6, Marcus, 4, and Meredith, 2. The couple exchanged vows in September 2008.

The pair is already parents to four children, Source: In Touch

We congratulate the pair once again and we do hope Josh will take care of his fifth child just like he did with the previous ones.