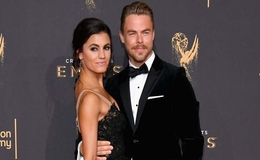 Dancing Queen Hayley Erbert and her serious boyfriend of nearly four years have been going stronger than ever amidst all the marriage rumor. But, did the couple really get married?

First things first, Hayley Erbert and her boyfriend Derek Hough are major relationship goals if we're still allowed to say that in 2019. And, even after all these years, the love birds are still standing strong.

Hough who is better known as the judge of World of Dance first met his potential future wife in 2014 at the Move Live On Tour! journey when Hayley was one of the members of the dancing groups. And, it must have been the common passion they share for each other that drew them closer. 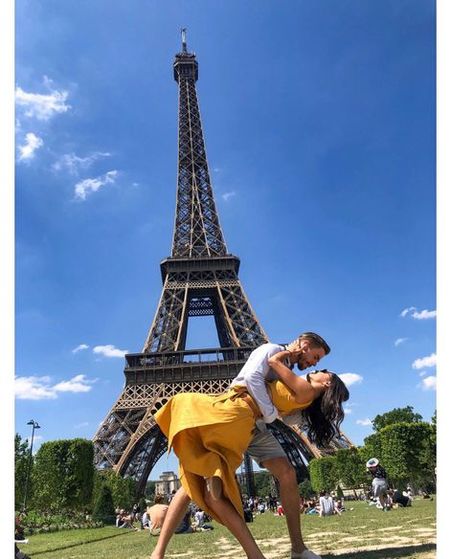 And, although Hayley and the handsome hunk tried their best to keep their relationship private from the public, fans eventually figured it out. Their relationship, however, was confirmed only the following year in July 2019 after they teamed up to dance for Dancing With The Stars.

Fast forward today, both dancing masters have learned to remain upfront on their relationship and regularly share romantic and cozy pictures of themselves and their whereabouts, be it taking cute snaps in front of the Eiffel tower, or celebrating birthdays or taking semi-exposed pictures.

However, last year, it was reported that the couple secretly became engaged and even got married. And, since then, the fans of the two times Emmy Award winner constantly brings up the topic.

Did Erbert And Housh Get Married?

Although the public and tabloids often make the speculation that the pair might have gotten hitched or are engaged to be married, neither the alum of So You Think You Can Dance nor her handsome beau have ever shed the light on the rumors.

The truth, however, seems to be far from what anyone thinks. To get straight to the point, Haley and Housh are not engaged nor married, not yet. Observing the judgment of their friendly social media presence, the couple would have surely shared the exciting news with their fans on Instagram. 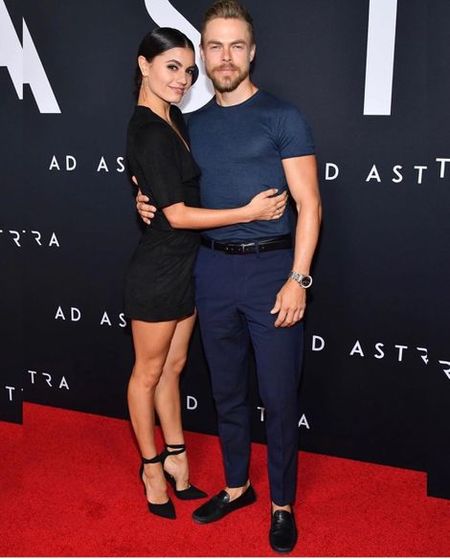 Of course, things have already gotten serious for Housh and his girlfriend who are not only extremely head over heels in love. The dancing pros even moved in together at a house, but marriage is something on the horizon for these two though.

On the other side, Derek is more into starting a family with his girlfriend than planning a proposal. The dancing guru of Latin origin previously shared publicly that he is actually interested in having kids with Hayley.

And, in the meantime, Hayley and her boyfriend both are hung up on busy schedules with their career and even when things concerning their wedding happen, there's no doubt the two won't let their fans know about it.

The lovers of four years, famous for their dreamy relationships, but Hayley's boyfriend has been previously known for his association with several other females too if we look at his dating history. 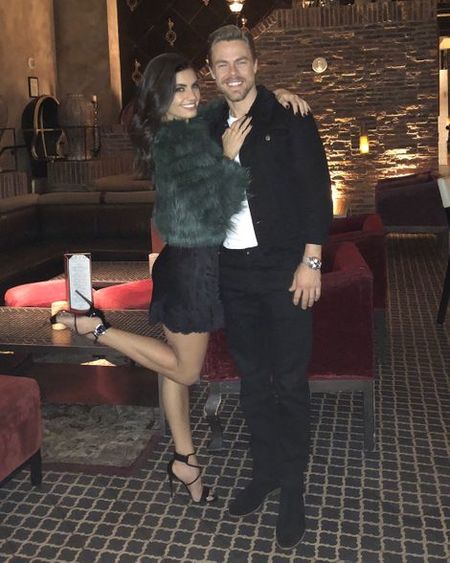 For instance, the Make Your Move star previously dated his sister, Juliane Hough's friend for roughly two months. Juliane's friend even served as one of the bridesmaids at Juliane's wedding. Other than that, Derek is also rumored to have dated singer and reality talent show's judge; Cheryl Cole.

Other well-known celebrities also include The Hills' star, Lauren Conrad, Shannon Elizabeth, British actress India De Beaufort. But, that was in the past before the dancing pro met Hayley, the girl of his dream, someone he wants to start a family with.

View more celebrity Biographies as well as Gossips on Marriedwiki.com.