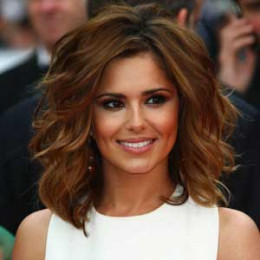 Cheryl Cole is professionally a singer, model, songwriter and TV personality who first appeared in Television at the age of 19 in 2003 in the show called "The Rivals". was born Cheryl Ann Tweedy tp parents Joan Callaghan and Gary Tweedy on June 30, 1983, in Newcastle upon Tyne, England, United Kingdom. Her parents lived together for more than 10 years without marrying but separated when she was 11 years of age. Cole was interested in dancing and singing at a young age and started learning sequence dancing when she was just 4. When she was seven she was cast in an advertisement of British Gas which was her first appearance in Television. Then at the age of nine, she enrolled at The Royal Ballet's summer school from where she trained herself well in dancing. The following year she started appearing in dance recitals in the Television shows in the United Kingdom.

Her parents lived together for more than 10 years without marrying but separated when she was 11 years of age. Cole was interested in dancing and singing at a young age and started learning sequence dancing when she was just 4. 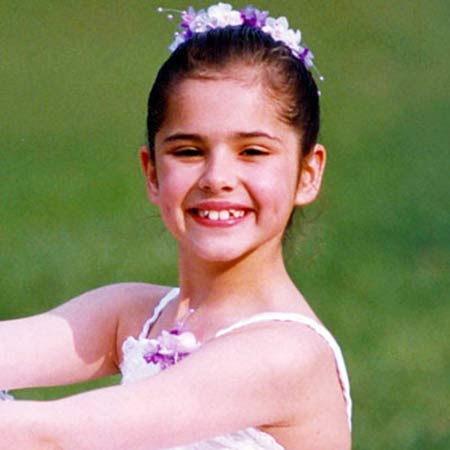 When she was seven she was cast in an advertisement of British Gas which was her first appearance in Television. Then at the age of nine, she enrolled at The Royal Ballet's summer school from where she trained herself well in dancing.

The following year she started appearing in dance recitals in the Television shows in the United Kingdom. In her early age, she won many modeling competitions as well.

Cheryl Cole is professionally a singer who debuted in the music industry in 2002 when she participated in the show Popstars: The Rivals. In the show, she performed gracefully and she was listed in a girl group named Girls Aloud by the show's audience along with Sarah Harding, Kimberly Walsh, Nadine Coyle, and Nicola Roberts.

Her involvement with the group led her into the limelight immediately and she shined along with her members. 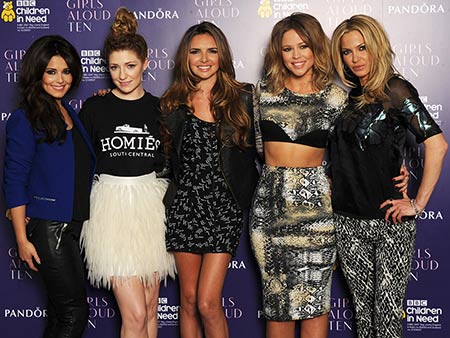 They together made music for seven years releasing 5 studio albums, 2 live albums and 23 singles. Their debut single was Sound of the Underground which instantly ranked no. 1 in the Christmas number-one on UK & Irish singles chart.

The group's debut album was Sound of the Underground which got certified Platinum by the British Phonographic Industry. Their albums include Out of Control, Tangled Up, Chemistry, Ten, The Collection and so on.

During her involvement with the Girls Aloud she was selected to be one of the judges of the show The X Factor since 2008 after replacing Sharon Osborne. In the show, she is joined by other judges Simon Cowell, Louis Walsh, Mel B, and Dannii Minogue.

She was to manage the girl's category and won in her debut appearance and the following year also brought victory to her as one of her mentored group of male solo contestants won.

She has released 4 studio albums, 13 singles, 1 EPs and has appeared in 15 music videos. Her songs include 3 Words, Amnesia, Better To Live, Dum Dum, Telescope, Waiting, Under the Sun and many more. Cole's solo albums are A Million Lights, Messy Little Raindrops, and 3 Words.

Cheryl Cole has an estimated net worth of $40 million and $30 million according to Celebrity Net Worth and The Richest respectively. For her album A Million Lights sales she earned $105,000 and for the album's concert ticket sales earned $1.2 million.

Cheryl Cole is not in a relationship at the moment but there are rumors swirling around that she has been going on dates with an Irish Businessman.

However, nothing has been confirmed and her close people say he has been helping her get over with her former partner Payne. She was in a relationship with popular singer Liam Payne in early 2016.

In spite of their age differences, they used to share a pure love between each other and were in a relationship for two years. They even have a baby son together named Bear Payne born on March 22, 2017, but due to their busy schedules and other differences, they split in July 2018.

Despite their separation, they give time to their son and are raising their son with much care and love as he is their world.

Before being in a relationship with the singer she was married twice. She firstly married Chelsea & England's footballer Ashley Cole on July 15, 2006, in a ceremony at Barnet, north-west London.

They stayed together for 4 years and separated later in 2010 since Cole believed her husband was cheating on her.

On Wednesday 22nd March Liam and I became parents to an incredibly beautiful, healthy baby boy, weighing 7lb 9 and looking like a dream. Although he still doesn't have a name he is already stealing hearts. We are all madly in love and overwhelmingly happy with our little arrival. Happy Mother's Day to all the mothers around the world. A day that now has a different meaning to me forever

Later on, after her split with Chelsea footballer, she then married a French Restauranteur named Jean-Bernard Fernandez-Versini on July 7, 2014, but divorced after two years in 2016.

Their divorce was a messy one since he was asking for compensation and dragged the process for long and it was finally finalized on October 20, 2016. During their divorced settlement she started her relationship with Liam Payne.

She has around 3.8 million followers on her Instagram account and has posted 964 photos as of August 2018. Cole is a 5'2 feet singer and has a brilliant sense of fashion.

She wears high brand wears like Givenchy, Preen, Missoni and McQueen and even was named Best Dressed Woman by the Glamour Magazine.

Cole has made a name in the entertainment industry as a style icon and her sense of style is equally as popular as her songs.

Cheryl Cole helped raise money for Comic Relief which provided the voice for the BT Speaking Clock and went on a trek to raise funds.

She did the summit of Kilimanjaro with 8 other celebrities and raised £3.5 million for the charity. Later on, she launched her own foundation named Cheryl Cole Foundation with The Prince's Trust which included HRN Charles, Prince of Wales.

The foundation provides vital funds for the Trust in the North East and helps support young people with no opportunities for basic life. She opened up a second charity named Cheryl's trust which was also with the Prince's Trust which raised £2 million for building a place which could help 4000 youths to gain a proper life.

She has won several awards in her career as a singer, model, and tv personality. Her awards include Heat Magazine Awards for Sexiest Female and Best Reality TV Judge in 2008.

Later on, she took home Style Network and BBC Switch Awards for Best Dressed and Style of the Decade category in 2009. For her music, she won BT Digital Music Awards in the best single category for her song Fight For This Love in 2010 and also was honored with the title Best Female Artist.

Cole was found attacking a girl named Sophie Amogbokpa at a night club's bathroom in 2013 while she was in a drunken state. She had punched her. She had to face trial on October 20 of the year.

Cole was found guilty and charged with assault occasioning actual bodily harm being sentenced with 120 hours of community service, compensation of £500 and prosecution cost of around £3000.

There are rumors that Cole lip-syncs during her stage performances and in 2009 she admitted she pre-recorded vocals for her live performances.

The couple married on July 15, 2006, in a ceremony at Barnet, north-west London. They separated later in 2010 and decided to live their lives apart.

The couple is blessed with a son named Bear whom they gave birth on March 22, 2017.