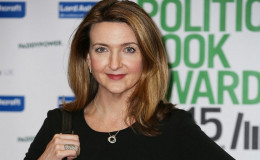 The Nick Clare Award winner journalist, Victoria Derbyshire which she won after interviewing a man who was accused and then cleared of date rape, is now having such an amazing and lavish life along with her husband, senior editor of BBC named, Mark Sandell.

Despite their past affairs, the couple is living happily and sharing a great bond between them, along with their children. So, today let us know about their relationships, past affairs, and career as well.

Victoria entered into Mark Sandell's life as his girlfriend. The both were from BBC as Mark is the senior editor and Victoria, a presenter and broadcaster of BBC. This shows where they met for the first time in the office and started falling for each other.

After dating for several months, the couple tied their knot and became the second wife of Mark after his first divorce with Fi Glover. It was also rumored that the reason behind their divorce was, Mark, having an extra marital affair with Victoria.

Mark and his wife, Victoria, Source: Daily Mail and Mirror

Mark and his ex-wife, Fi, Source: Frostsnow and The Guardian

However, past affair did not affect their relationship and is living a cherished life together. Moreover, after certain years of their marriage, they welcomed their two children which completed their happy family.

Before joining BBC Radio 5 Live in 1998, she was working in a local radio station from where she generally started her career. Working several months in the local radio she joined BBC and started appearing as a co-presenter of the breakfast show along with her mate, Julian Worricker.

Her hard work leads her to win Gold Sony Award for the show. She grabbed lots of popularity from the show however she left the show by 2003 and partnered with Nicky Campbell. Moreover, she was in the maternity leave from her job and after returning she joined morning news program. 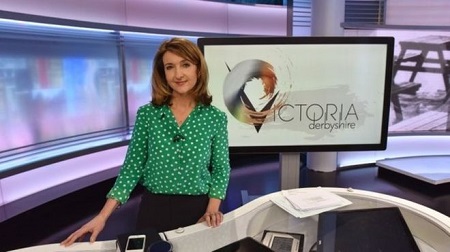 Victoria on her show, Source: BBC

Further, she was engaged in various shows and political program including the Newsnight, This Week, Victoria Derbyshire Interviews.., Watchdog and much more. Besides these, she also appeared as a host on Channel 4 for the sports chat show.

Apart from an indoor job, she was also given the task to cover the biggest globe stories like World Cup, the Paris Concorde crash, Olympic games and general elections. She is the first journalist whose program was broadcasted from Zimbabwe. 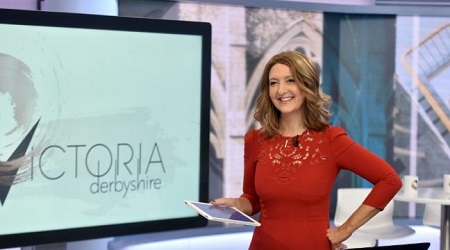