Home Article Bobby Flay Wife Married Thrice and Has a Daughter: Is The American Chef Dating Anyone New Despite His Failed Marriages?

Bobby Flay Wife Married Thrice and Has a Daughter: Is The American Chef Dating Anyone New Despite His Failed Marriages? 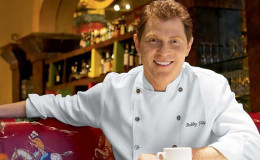 If you have watched shows like Iron Chef America; you must be familiar with celebrity Chef Bobby Flay. He is a popular American celebrity chef, restaurateur, and author.

Bobby Flay has gained media attention for the failure of his three early marriages and current affair with Canadian actress Helene Yorke. Keeping aside his career, let's read further to know more about his current love life and previous marriages.

There are people who lose their hearts and give up in love after going through three divorces and failed marriages, but it does not work the same with celebrity Chef Bobby Flay. He found the love of his life in Canadian actress Helene Yorke known for 'Masters of Sex'. 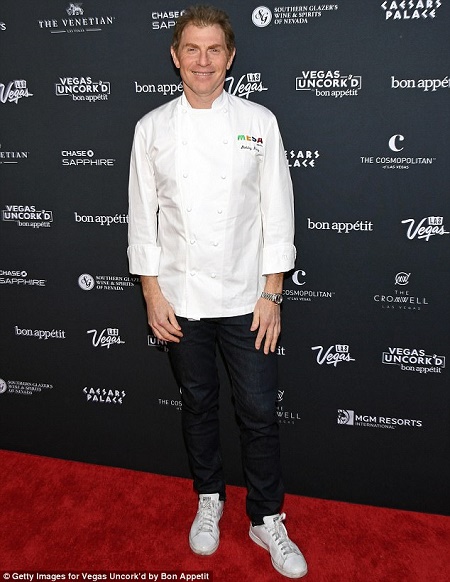 As per the report, 54-years old Chef met his now girlfriend, Helene for the first time, during Knick's game in December 2015. They started seeing each other after Flay's divorce with Stephanie March was finalized; after ten years of their marriage.

They were photographed many times holding hands, shopping and strolling around. Both of them also share the love and passion for culinary. 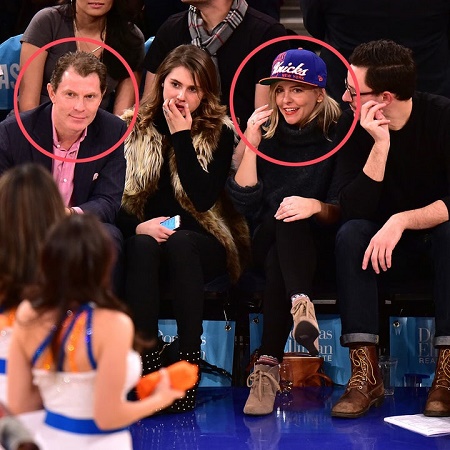 Flay watched Yorke's new Broadway musical 'American Psycho' with his friends in 2016. In 2018, they will be celebrating the third anniversary of their romantic relationship.

They seem to be head over heels in love with each other and use their Instagram posts to show the world their love and affection. It is speculated in social media that they might soon tie the knot.

Helene dropped a hint at their future in her Instagram post, where she wore her friend's engagement ring.

Tried on Brooke's wedding ring last night. Andy and I are VERY disappointed by the size of my sausage fingers.

Bobby Flay's first marriage was with Debra Ponzek. Flay met Debra during 'Meals-on-Wheels' charity event in 1991. They fell in love and married on May 11, 1991, in New York. However, their marriage lasted for a short time period. They divorced in 1993, though the cause for their split hasn't been revealed by both parties.

After his first marriage with Debra ended sourly, Flay engaged in a romantic relationship with Kate Connelly. He met Kate on the set of her show on the Food Network channel in 1994. He was in her show for an interview session.

They fell in love and got hitched in 1995. With Flay, Kate enjoyed a happy life and gave birth to daughter Sophie Flay in 1996. After some time together, problems crept into their marital life and they decided to separate in 1998. 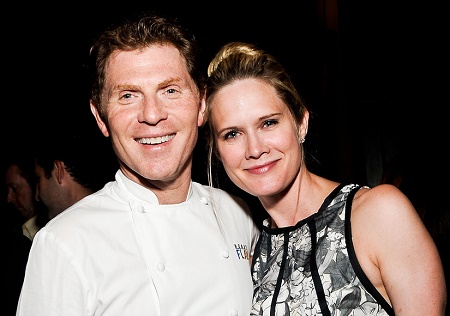 After a bitter divorce from Kate, Flay was in a relationship with Law and Order: SVU actress Stephanie March. They met for the first time on a blind date. They started seeing each other and Flay proposed her for marriage at Rockefeller Center Ice Rink in 2003.

Flay and Stephanie March decided to get hitched in 2005. They lived happily for ten years until they decided to separate in 2015. Stephanie has cited various reasons for their unhappy marriage and bitter separation.

Recommended: Chef Vikas Khanna has not been married yet: Dating rumors with model Padma Lakshmi

In an interview, she revealed that she had to separate from Flay as he wasn't giving much attention to her. Flay went MIA during the time when her appendix was giving her trouble.

It is also reported that the couple had started constant fighting when Stephanie accused flay of having the extra-marital relationship with other women. Stephanie claimed that Flay was dating January Jones behind her back and was being unfaithful in their relationship.

You May Like: American Chef Andrew Zimmern and her wife Rishia Haas' married life. Know about their family and children

As per Stephanie's interview, Flay was having extra-marital affair with 28-year-old singer-actress Elyse Tirrell for three years. The divorce battle between Flay and Stephanie was considered the world's nastiest celebrity divorce battle by TMZ.

After his marriage ended, he had an affair with Giada de Laurentiis for a short period. 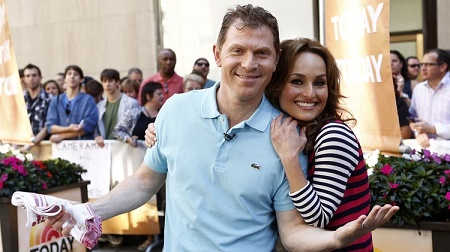 His daughter Sophie is 22 years old now and is studying at the University of Southern California. She is following in the footstep of her father and is a very good cook. 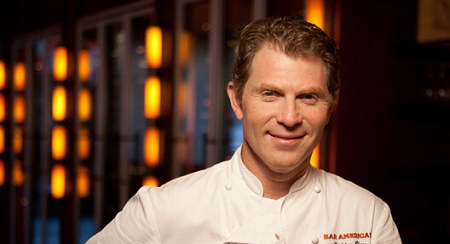