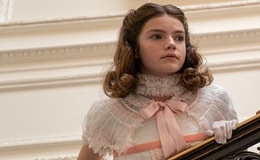 After binge-watching Netflix's periodical romance drama, we have realized the show made an excellent choice on casting the actors. And, we could easily notice how perfect Florence Hunt was for the youngest Bridgerton aka Hyacinth Bridgerton.

Florence Hunt From Bridgerton & Cursed - A Star Is Born

Just with her few performances, anyone can simply judge that child actress Florence Hunt will go places with her acting career. And, with her role on Chris Van Dusen's creation, Bridgerton which premiered on Netflix in December 2020, Hunt has grabbed the attention of many more. 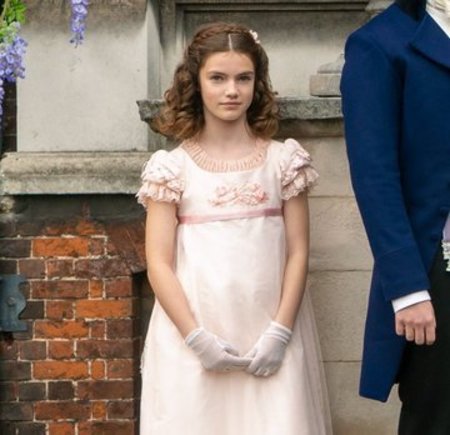 The child actress plays the role of Hyacinth Bridgerton, one of the four and the youngest daughters in the Bridgerton family. Thanks to the show which was a hit with having watched by more than 63 millions accounts just in four weeks since its release, that it brought the young artist to soaring popularity.

Bridgerton, however, isn't the first or the only project of Florence as she also previously appeared on another Netflix's original, Cursedd as the young Nimue where she co-starred actress Katherine Langford. And, as for Bridgerton, Hunt got the chance of working with Phoebe Dynevor, Molly McGlynn, Claudia Jessie, and Ruby Barker.

Not to mention, Hunt also appeared in the lead role on the short children's fantasy movie titled CHRISTABEL which was released by Gonella Productions in November 2019. And, after knowing such talents, we can't wait to watch Hunt more on our screen. BTW, she is currently repped by Claire O' Sullivan of Revolution Talent.

Child actress Florence Hunt who has won our hearts is only thirteen years old right now and turns 14 in 2021. Born and raised in England, she is British by nationality and is currently based in London. 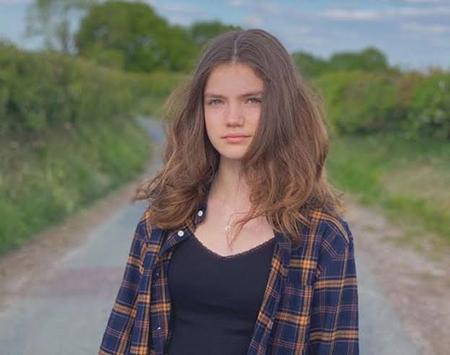 The future acting icon flaunts beautiful Blue eyes and bright brown hair. In the meantime, she stands at an average height of five feet. And, her fans can also follow the young actress on Instagram where she is active with more than 35 k  followers.

But, of course, her social media is managed by her parents since she is too young to be on social media. And, by the glimpses of her Instagram, it looks like Florence is having a blast on sets.