The famous anchor for Root Sports Northwest, Angie Mentink, who is having a hard time recovering from her illness has managed to grab the good wishes from her audiences.She is married to her longtime sweetheart Jarrett Mentink, who is emotionally supporting his wife fight the illness. Find out below, the secrets to their strong relationship and married life.

The famous anchor for Root Sports Northwest, Angie Mentink, who is having a hard time recovering from her illness has managed to grab the good wishes from her audiences. She is married to her longtime sweetheart Jarrett Mentink, who is emotionally supporting his wife's fight against illness.

Find out below, the secrets to their strong relationship and married life.

Angie Mentink Happily Married To Jarrett Mentink-Do They Have Any Children?

Angie Mentink is an anchor for the Root Sports Northwest and also a co-anchor of the Mariners Live. She is a sports lover and has won All-American softball player 3 times during her college.

She is married to her high school boyfriend Jarrett Mentink. The couple had been dating since their high school and after nearly a decade of relation, they decided to escalate their relationship to the next level. 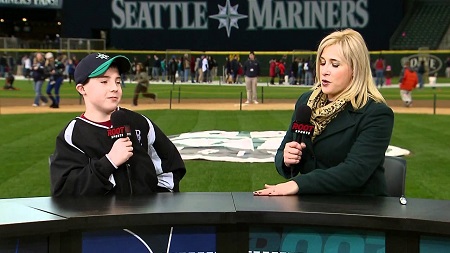 Jarret Mentink who is an American professor and a former basketball coach has always been supporting his wife in her career. He has always been a supportive and caring husband to Angie.

This understanding has played a major role in their personal as well as professional life. The couple is gifted with two sons (age 11 and 13) and the happy family of four, sure loves to spend time together. 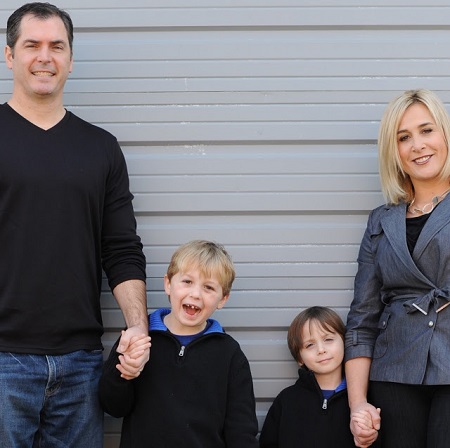 Angie Mentink and Jarett Mentink with their children

The family is going through an emotional phase since Angie is having a bad health condition. Despite these, the family stands strong for each other and supports Angie to fight her illness.

You May Like: Sportscaster Michele Tafoya and husband Mark Vandersall's Married life. Do the couple have any children?

She mentioned via Twitter that she celebrated Christmas and new year the best way with her family members.

I hope you are with friends... perhaps family, or people you hold dear... I am tonight and for that I am so fortunate pic.twitter.com/dJXbaGeGYX

The aftermath... anyone want to help Mom clean up? Not a soul within earshot. pic.twitter.com/bl2s1W5I4E

We wish her all the very best for a better and blissful life with her family life in days that follow.

Angie was diagnosed with breast cancer in 2017. In September she tweeted about her illness on her Twitter account. Angie who tried her best to deal with her breast problem showed a good spirit to fight against her illness.

Talk about ungrateful, after everything I did for my boobs, today I find out they are trying to kill me. Yeah so ummm I have #breastcancer

Her family supported her battle with cancer by emotionally supporting her. Below is a reply to her tweet by her husband Jarrett Mentink.

All the best thoughts and peace to you, Angie. My wife is currently fightting this. I pray you both win out.

The news shocked many people and many tweets flooded over to support her fight against the illness.

Don't Miss: Sports Reporter Kaylee Hartung is unmarried: Not dating anyone: Still no boyfriend or a husband: Focused on career: No time for a relationship

Here's a video Angie speaking about her family life and her battle with breast cancer:

I'm sorry to hear this Angie. Sending lots of hugs and prayers your way. Cancer is messing with the wrong chick!

The Seattle Mariners also replied to Angie's tweet supporting her to fight her illness with a caption, Angie, from the entire Mariners organization, you're in our thoughts. Knowing you, cancer doesn't stand a chance.

On October she shared a picture of her in a hospital bed after her surgery with a humorous tweet.

Rarely serious-today I will try. Headed in for #breastcaner surgery & just wanted to say thank you so much for all of the positive thoughts pic.twitter.com/nbXYQOkdAc

With all the support from her family and her well-wishers, she is still recovering and fighting her illness with a humorous smile on her face.

She has passed the six-month clean checkup after her diagnosis of breast cancer. She said,

"In the most amazing and glorious way, I really talked about my boobs and nothing else for weeks. You know where people are coming from and why they’re asking, but I was happy when the conversation finally went to baseball or my kids. Or anything else."

After the scary year of battle with the disease, she's a happy breast cancer survivor now. 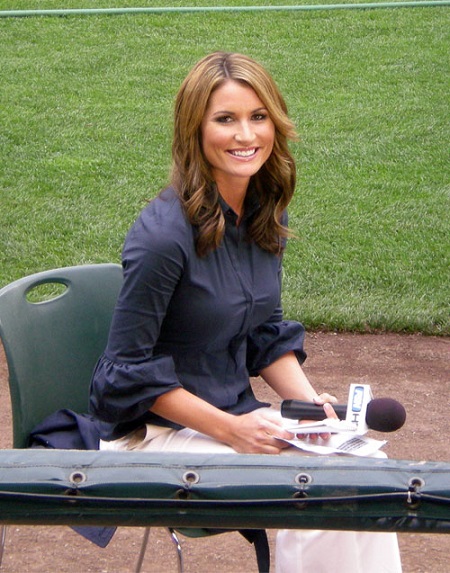