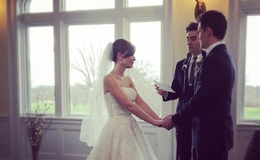 The Impractical Joker's producer, Casey Jost, relishes a happy & quality marital life with his wife, Lisa Kleinman. But do they share any children? Here is what Jost's fans should know about Casey and his marriage.

One needs to possess a great set of skills & luck for greater love & a higher position with his job and career. The hit show Impractical Jokers' producer, Casey Jost, is a TV personality who successfully achieved both in his life.

Likewise, Casey & his beloved spouse first dated in 2009. After remaining as lovers for a longer period of time, the lovebirds finally turned their growing lovey-dovey relationship into holy matrimony on June 21, 2014.

Not to mention the lavish wedding was held at The Liberty Warehouse in New York in the presence of their family, guests, and close ones. Rev. Michael Cox made the marriage official which was conducted in Christian ritual.

Well, Casey & Kleinman have been united as life partners for seven years now. Casey is really a lucky guy to find a wife in the form of Lisa as she is very supportive of her husband.

Despite many years as a husband & wife, neither of the pair has been found to be engaged in extramarital affairs, divorce, or controversies. The pair's love for one other is clear to everyone as two spend quality time together. The married couple, however, is yet to welcome a child.

What's the Net Worth of Casey Jost and his Wife? 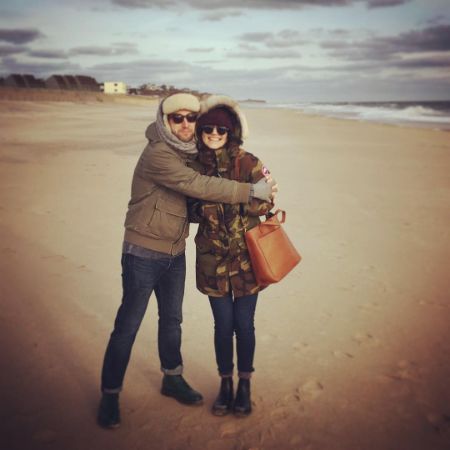 Casey Jost and his lovely wife Lisa Kleinman at a beach. SOURCE: Instagram(lisakleinman)

Having said that, Jost is one of the oldest members of the comedy program who serves as a producer. Josh as a writer also supervised the show's other programs like 'Impractical Jokes' and 'Jokes Wild.'

When it comes to the networth, Casey Jost has summoned $1 million. Thanks to his acting, producing, and writing profession. In the meantime, the estimated wealth of Lisa Kleinman, wife of Casey, is worth no less than $500 thousand earned from her career as an entertainer, actor, and producer for more than a decade.