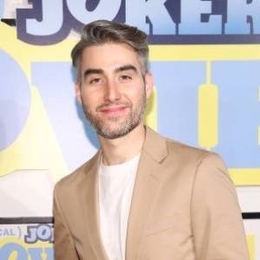 Casey Jost is an American actor, producer, and writer, known for his works in the popular comedy show Impractical Jokers. Previously, he also served as a writer for the American late-night talk show, Late Night with Jimmy Fallon. Jost was also one of the hosts of Show Offs.

Who is Casey Jost's Wife? Does He Share Any Kids With His Partner?

Casey Jost is relishing a blissful married life with his wife, Lisa Kleinman. And, Jost's spouse Lisa is an American actress, producer, and comedian.

The duo began dating somewhere in 2009 and remained as lovers for many years. Finally, on June 21, 2014, the love birds became one as they exchanged the wedding vows in the presence of their family and close ones. 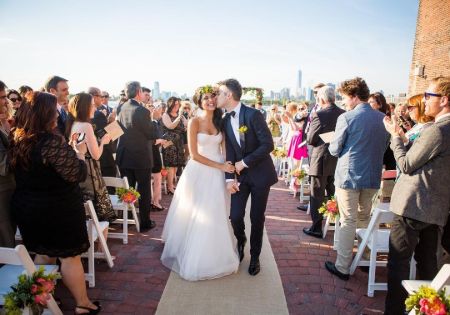 The wedding ceremony took place at The Liberty Warehouse in New York. Rev. Michael Cox officiated the marriage conducted in the Christian ritual.

Ever since that day, the pair have been living as husband and wife. Surprisingly, even after seven years into their married life, the Impractical Jokers producer does not have any kids with his partner.

Regardless of not having a child, the duo looks happy and savoring their life in each other's company. In addition, the couple likes to travel a lot on their holidays.

If Casey Jost's name rings a familiar name to you, then you are not alone. He is the younger brother of actor, writer, and comedian Colin Jost. His sibling Colin has been a writer for "Saturday Night Live" (SNL) since 2005 and its sketch news program "Weekend Update" co-anchor since 2014. 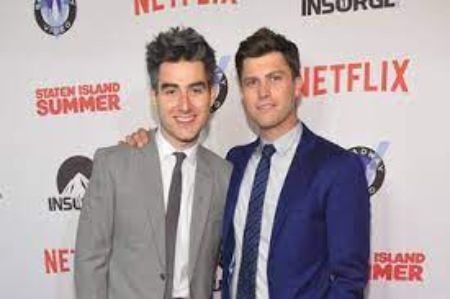 The Jost brother has a good relationship and often attends events and family gatherings together. Both seem to be doing well in their careers so far.

Casey Jost's Net Worth And Career

Casey Jost has been actively involved in the entertainment industry for many years now. From his acting, producing, and writing career, he has a net worth of $1 million.

On average, the annual salary of an American television producer is $71,153, while a writer makes around $55,471. Jost has been working as both for a long time and has worked in world-renowned shows. So, he should earn a much higher paycheck than that.

Among the list of Casey works in his career, his most distinguished work is the truTv hidden camera reality show, "Impractical Jokers." The hit show stars comedian Brian Quinn, James Murray, Sal Vulcano, and Joe Gatto.

Jost is one of the oldest producers of the comedy program and has served as a producer since 2012. The 35-year-old writer also supervised the show's other programs like "Impractical Jokers: Inside Jokes" and "Jokers Wild."

Check out the clip of Casey Jost sharing a moment with his Impractical Jokers cast members!

Since 2020, he has been working as a supervising producer for "Impractical Jokers: Dinner Party." Apart from producing, he also hosts a podcast alongside James McCarthy since 2017.

American writer and producer, Casey Jost is married to Lisa Kleinman. His wife Lisa is an American actress, producer, and comedian.