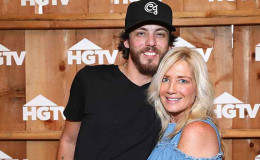 Age 32, the American Country singer Chris Janson is married to Kelly Lynn since 2009, famous for Buy me a Boat, has four 4 children, two from Kelly's past marriage. Chris Janson's Life, married!

Many of you Country music fans out there would have probably heard of the handsome sharp-eyed singer Chris Janson who has written many top-charted songs of other singers and has been a big hit of the music industry since a long time.

Married to vocalist Kelly Lynn for about a decade, the couple is living a blissful life with four children. What's the story behind their love life? Let us find out!!

Chris Janson Dedicates His Success To Wife And Children

Chris Janson is on a long road of romance with his wife of 8 years Kelly Lynn.

'Drunk Girl' singer tied the knot to Kelly Lynn on July 4, 2010. Sources claim that the couple met while Chris was touring in the Southeast where he continuously crossed path with a woman from the bar. 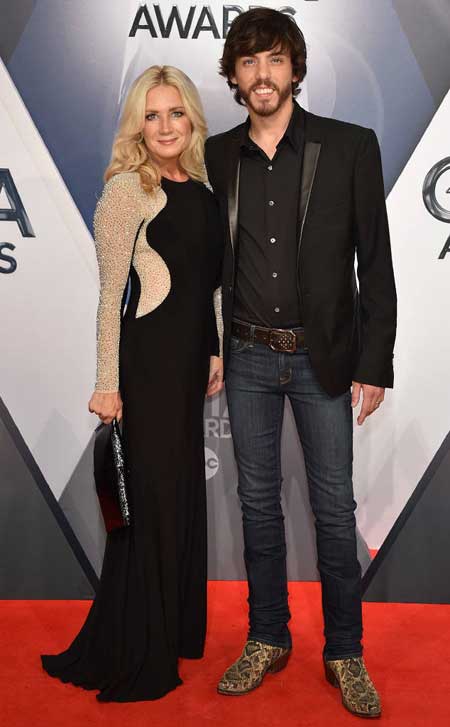 Chris and his wife Kelly on the red carpet
Source: E!News

After finding her working place, he booked a meeting with her to go pitch his songs. His next meeting with Kelly was at his cabin sitting on his porch swing and falling in love with each other as they found a lot of similarities between them.

His wife Kelly deserves a good amount of credit as she is the one behind the artist's success. She pushed him to release his single, Buy Me a Boat on iTunes.

The duo is parents of four children among them two they had together named Jesse Bo Janson and Georgia Janson and two are from Kelly's previous marriage, Graham, and Chel whom Chris refers to as his bonus kids. Chris on his Holdin' Her's video said,

"I didn’t know what life was about until I got married and walked into a house that was already a home with kids in it -- my bonus kids. And then, shortly thereafter, God blessed me with two more babies, and for whatever reason, I became the luckiest man alive."

Chris is active on social media frequently updates on his daily life.

You May Also Like: American Country Singer Luke Bryans' Married Relationship With Wife Caroline Boyer; His Family Life And Children

He has been touring to several places for his concerts these days and often uploads pictures with his wife and kids.

On Father’s Day, Everybody tributes a dad.....and as a dad, i appreciate it big time. But without wonderful children, and a wonderful wife, Father’s Day wouldn’t be possible. I feel like my biggest 3 missions on earth, are to tell people of the Goodness of God, Be the best husband I can be, and be the best dad I can be. Everything else follows. Without being a dad, I wouldn’t be able to make the music that I make, wouldn’t enjoy hunting or fishing as much, wouldn’t be able to tell the people of this world what a Miracle children are. Thanks to my kids and @kellylynnjanson for giving me a reason to work hard and get up every day. You all are Real blessings, and I love you all. @instagrahamwarren @chel_warren

The singer has gained a huge success in his professional life as well as his love life and is living a blissful life with his family of six.

Janson was interested in music since he was a child. After finishing high school, moving to Nashville changed his life.

He co-wrote two songs with Holly Williams on her album 'Here with Me' in 2009 and released his debut single 'Til a Woman Comes Along' in April the following year. The song debuted at rank 56 on the Billboard Hot Country Songs charts.

He signed to Bigger Picture Music Group and released 'Better I Don't' in 2013 which peaked at No. 60.

I Love This Life singer released his single 'Buy Me a Boat' via Warner Bros Records which debuted at rank 33 on Hot Country Songs in 2015 and announced his debut studio album titled by 'Buy Me a Boat' which ranked at number 3 on Country Airplay and number 1 on Mediabase. 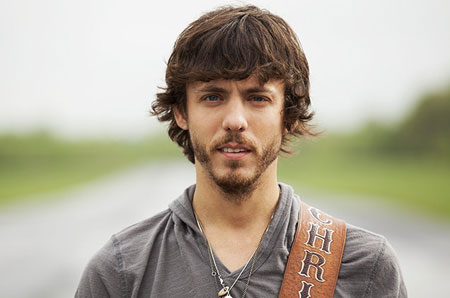