Collins Tuohy; Daughter of Leigh Anne Tuohy and Sean Tuohy is Married; Know about her Husband and Family Life

The daughter of Leigh Anne Tuohy and Sean Tuohy, Collins Tuohy, who was represented by the Lily Collins in the movie 'The Blind Side' (2009) is a married woman now.

Yes, Tuohy married her boyfriend of 11 years in April 2016. But you might be wondering who is her husband? Let us find out more about the couple and their relationship in today's section!!!!

Fox and Friends star Collins Tuohy is married to her long-term boyfriend turned spouse, Cannon Snith for over three years now. Their lavish wedding ceremony was held in The Memphis Hunt and Polo Club in Memphis, Tennessee in April. The location is exactly three blocks away from the groom's.

Their utterly gorgeous wedding album was captured by Rich Lander of Chard photographer. Their wedding was a two-day affair; Friday was an actual intimate dinner celebration with family and close friends. While Saturday was a big blowout party including tons of dancing.

Not just the wedded couple or their parents but the guests whoever attended the event would always cherish that moment for a lifetime. Collins and Cannon share amazing chemistry which everyone would wish for. The lovebirds don't have any children to this date but they own brown Bichon Frise dogs.

Collins Tuohy; Meet Her Husband And Know About Their Married Life Here

The sister of American football offensive tackle Michael Oher, Collins tied the knot to her long-time beau, Cannon Smith, who is the son of founder and CEO, FedEx, Frederick W. Smith and the brother of 'Demolition' producer Molly Smith.

The couple was all over the news during their wedding, however, they have not been around the articles pretty much these days. But, they are happy and living their life together to their fullest. How do we know? Have a look at it.

Happy Easter from our family to yours! Granny ( @leighannetuohy ) hooked up the girls with their Ole Miss and Memphis dresses  #heisrisen

Well, she might not be active all over media, but she is active on Instagram. We often found Collins posting some adorable pictures of her and her family.

Recommended: Is American Footballer Michael Oher Married or Dating Someone as Girlfriend? Keeps His Personal Life Away From The Media

She posted a picture with her hubby, Cannon on his birthday quoting it

"Happy 30th Birthday to the man I’ve loved since I was 18!! I have a feeling the next 30 are going to be even more magical than the last! Love you babe!!"

Happy 30th Birthday to the man I’ve loved since I was 18!! I have a feeling the next 30 are going to be even more magical than the last! Love you babe!! \\ http://liketk.it/2t8WW #liketkit @liketoknow.it \\ #cannonsturning30 #parkcity

Well, now that we know that they are together and happy, we are sure, you want to have a glance at their wedding too.

The Grand Wedding Of Collins Tuohy And Cannon Smith: Here’s Everything You Need To Know

Collins; the co-founder and director of the sales and marketing at Whimsy Cookie Company and her boyfriend of 11 years, Cannon Smith, son of FedEx founder and CEO Frederick W. Smith, it’s obvious that in no way the wedding was going to be a low key.

The wedding picture of  Collins Tuohy and Cannon Smith
Source: Style Me Pretty

About their wedding, the couple tied the knot in Memphis, Tennessee in April 2016 and it was a two day- affair.

The first day was the private ceremony which took place among their friends and family, while the next day was all about blow-out party with lots of dancing. 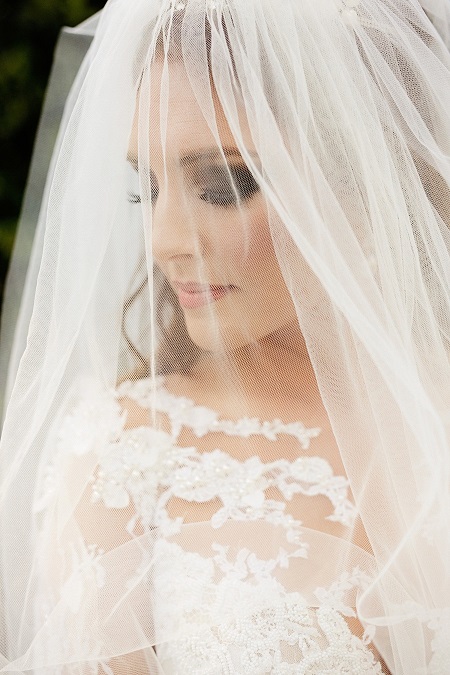 She is probably the most beautiful bride, but not only as a bride, but both Touhy and her family are also all beautiful inside out.

In that context, how many of have you seen the movie 'The Blind Side' (2009), the movie is based on true story of Collins's footballer brother Michael Oher? Well, if you haven't you should but for now, we are here to rescue you.

The adorable duo celebrated Valentine's Day 2019 sharing an image via Instagram. They looked so much in love!

As the lovebirds have been living a happy married life since 2016, we wish them all the very best for their future endeavors.

The Story Of The Collins Touhy Family: Details Here

The Touhy family as mentioned above has a heart of gold. The story of the Tuohy family was depicted in the movie 'The Blind Side' and trust us you will start loving them after knowing their story if you haven't already.

Michael Oher, the great footballer, wouldn’t have been the person both in his personal and professional life as he is right now if it wasn’t the help that he got from his family. 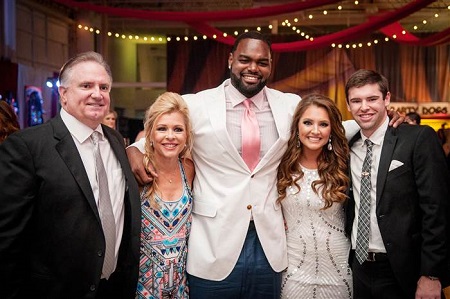 Before he experienced happy ending in his life, he was grounded by the vicious cycle tragedy and poverty, but he was fortunate enough.

In the words of Michael himself,

"Anything is possible, My background is a bad background, but a lot of people said I couldn't do it. You can do anything if you put your mind to it."

In the movie, Michael Oher was depicted by Quinton Aaron and his mother Leigh Anne Touhy was played by Sandra Bullock for which she won an Oscar for Best Actress.

In the words of his mother (Leigh Anne Touhy);

"Michael was there, he had a need, We had the ability to fill it. We all fell madly in love with him, probably within 48 hours. He was an instant part of this family." 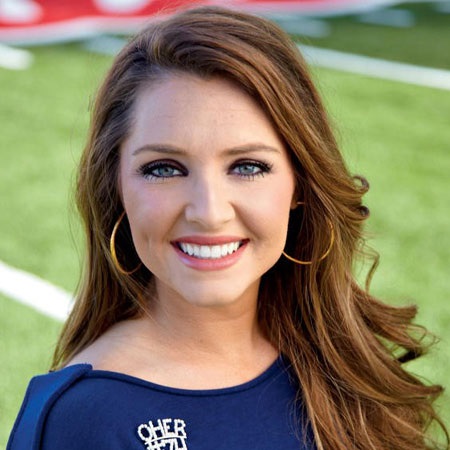