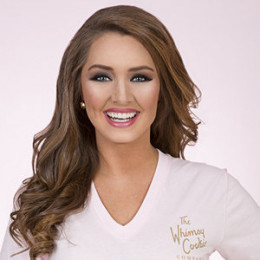 Collins Tuohy is the actress, public speaker and company owner sister of NFL player Michael Jerome Oher. She attended the University of Mississippi where she earned her Bachelor’s degree in Broadcast Journalism. Collins happens to be the Co-Owner and the Director of Marketing and Sales at Whimsy Cookie Company. She and her family rose to fame after they were brought to life in the acclaimed film The Blind Side documenting their adoption of Michael Oher.

Collins Tuohy was born on Dec 29, 1986, in the United States of America to Sean Tuohy and Leigh Anne Tuohy. Her parents were authors and owned a fast food franchise. Her mother is a famous American interior designer. She is best known for being the legal guardian of Michael Oher.

Her father is also renowned as a basketball sportscaster. She has one brother Sean Tuohy Jr., NFL Player.

She is American by nationality and belongs to white ethnicity. Collins is Co-Owner and the Director of Marketing and Sales at Whimsy Cookie Company in Memphis.

Collins earned her Bachelor’s degree in Broadcast Journalism from the University of Mississippi. During her college days, she is known as an exceptional student and influential role model.

She was the President of the Student Alumni Council, President of Student Spirit Committee, an Officer for the Kappa Delta Sorority. She played piano at the age of six.

Collins is Co-Owner and the Director of Marketing and Sales at Whimsy Cookie Company in Memphis, TN. Whimsy specializes in custom order decorative sugar cookies and is sold in their store in Memphis as well as several others across the country.

She is currently on the Board of The Making it Happens Foundation, dedicated to changing children’s lives through hope, love, and opportunity. She also contributed to her parents Sean and Leigh Anne’s New York Times best-seller.

Even she starred in Family Addition with Leigh Anne Tuohy,  the network dedicated to uplifting entertainment. She portrayed the role of Lily Collins in the 2009 film the Blind Side.

Their wedding was a two-day affair, one was a more intimate dinner celebration with close friends and family, while the next day was a big blowout party. 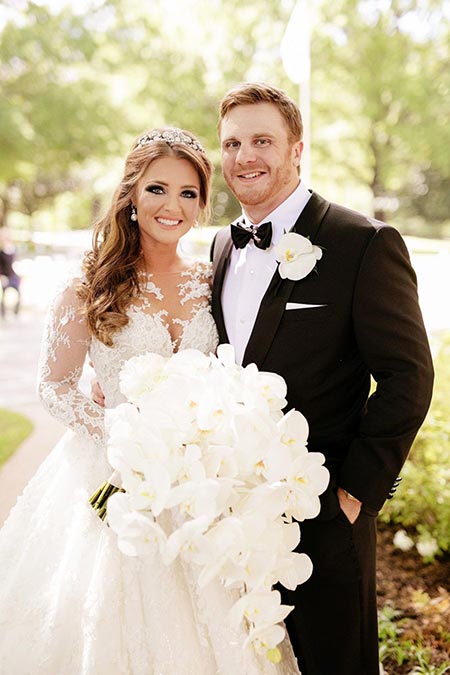 Her husband Cannon is the brother of Demolition producer and Black Label Media co-founder Molly Smith.

According to one of Collins' Insta posts, the duo started dating when she was asked out on a date at the 'Cookie Party' and a decade later, Cannon got down on a knee at the same party and asked her to marry him.

The duo exchanged vows after eleven years of togetherness. The lovebirds celebrated Valentine's Day 2019 posting an affectionate image via Instagram.

Collins has succeeded to make an impressive net worth from her rising career as she has a net worth of about $2 million. In 2009 her family's based movie The Blind Side earned more than $300 million at the box office.

Check out the interview where Collins Tuohy reveals that her older brother, 6'4" football star Michael Oher, is kind-hearted teddy bear on the inside.

Height: She stands at a height of average height.