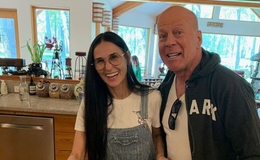 Demi Moore's husbands and boyfriends throughout the time: The actress has been married three times and has three children: Complete story here!

An acclaimed actress and a best-selling author, Demi Moore is best known for her roles in Ghost, Disclosure, Indecent Proposal, A Few Good Men, The Scarlet Letter, and G.I Jane. More famously regarded as the actress who played an inadvertent trailblazer for pay equity in Hollywood, for which the actress bore career-long scrutiny and scornful press, Moore's accomplishments and setbacks, therefore, have been under the media's constant gaze.

Demi Gene Guynes, 60, is a native of Roswell, New Mexico. Demi's career started early with the actress signing with the Elite Modeling Agency and her eventual acquaintance and later nuptials with the musician Freddy Moore. The Indecent Proposal actress has had, in total, three marriages and dated many high-profile men. Moore shares three daughters with her ex-husband, Bruce Willis, who is currently married to Emma Hemming.

Demi lets her guard down in her best-selling memoir Inside Out. From her prominent Hollywood career, the rough childhood that preceded the ascent, to her tumultuous marriages, Moore bares it all. The Golden Globe-winning actress was 17 when she married Freddy Moore, 12 years her senior, and obtained the surname. Freddy was a rock musician best remembered for his hitmaker, It's Not a Rumor, which he co-wrote with Demi. 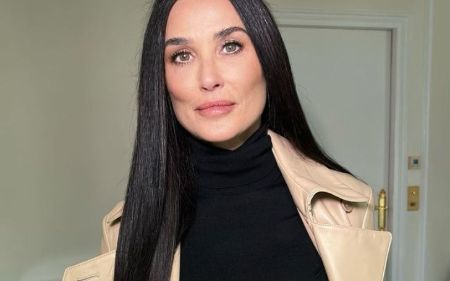 Demi admits to wrecking her first marriage with infidelity. The pair were only married for four years, from 1981 to 1985. The Ghost actress delved into her second marriage with Bruce Willis. The couple, both at a point of an exploding career, met on the sets of Stakeout in 1987 and quickly walked down the aisle after a few months in November. During their decade-long marriage, Moore and the Die Hard star welcomed three daughters, Rumer, Scout, and Tallulah.

Moore and Willis' divorce was finalized in 2000. But despite their dissolved relationship, the estranged duo kept in touch and are still tightly bonded with their kids and Bruce's younger kids from his current marriage. The divorced pair surprised many when they spent the quarantine period with their kids. Willis was recently diagnosed with Aphasia, and Moore stood at the front, standing beside the retired actor. The third time is a charm adage that may have worked for many, but not for the Ghost actress, whose third nuptials with actor Ashton Kutcher also came unraveling after eight years. 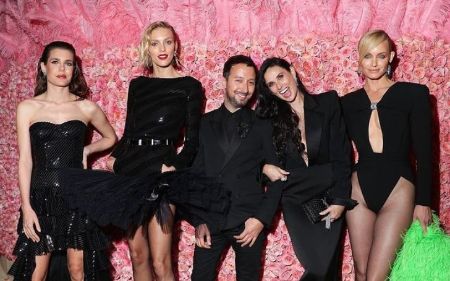 Moore married The Butterfly Effect actor in 2005. The Roswell native was 40 and Kutcher 25 when they met at a dinner party in 2003. While the couple's unconventional relationship left Hollywood aghast, it was only the beginning of what would be called a wild marriage. Demi's third marriage came crashing after six years when Kutcher cheated on her with a younger woman. The Ghost actress later revealed the couple's hedonistic journey, with the duo bringing a third party into their bedroom and engaging in group sex. 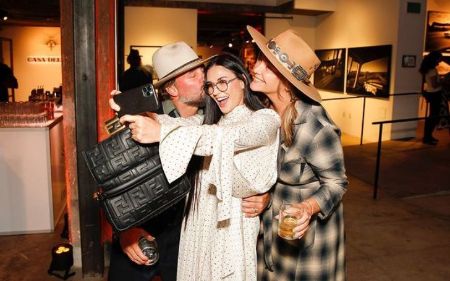 "I put him first, so when he expressed his fantasy of bringing a third person into our bed, I didn't say no. I wanted to show him how great and fun I could be," wrote the actress. The pair called it quit in 2013. Kutcher is married to Mila Kunis with two children. Aside from her three failed marriages, Moore dated plenty in her time, including Emilio Estevez, her fiance for a brief time, Jon Cryer, and Oliver Whitcomb.

Moore and Willis definitely are better co-parents than they were spouses. It has been over 20 years since their marriage dissolved, and the pair continue to thrive as parents in their beautifully blended family. Together, they have raised three daughters, Rumer Willis, 34, Scout Willis, 31, and Tallulah Willis, 28. The duo's daughters may be all grown-up adults now, but they share an exceptionally affectionate bond with their estranged parents. 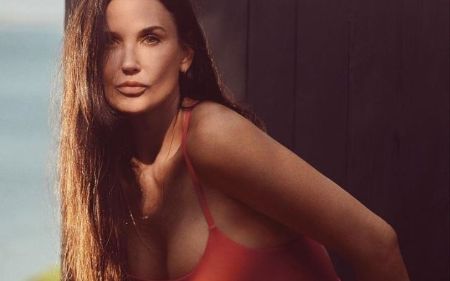 Moore and Humm have broken up after almost a year of dating. SOURCE: Instagram

Moore's oldest, Rumer, is a known name in the business. She has successfully followed in her parent's footsteps and is known for her roles in Hostage, Once Upon a Time in Hollywood, Empire, and 90210. The eldest Willis even won season 20 of Dancing with the Stars. Rumer's relationship with her parents goes beyond family hood. She made her acting debut with her mother and has worked with her now-retired father multiple times.

The Indecent Proposal actress and the Die Hard actor's second daughter, Scout, is on a journey to have a multi-faceted career. Scout's acting credits include Bandits, Moonrise Kingdom, The Scarlet Letter, and Breakfast of Champions. Scout has since shifted her focus to music. She released her debut single, Love Without Permission, in 2021. The pair's youngest, Tallulah, is also an aspiring actres and has credits in A Whole Ten Yards and Bandits. Tallulah recently launched her clothing line called Wyllis.

Demi's unfortunate love life catapults to headline once again as the actress calls it quits with Daniel Humm, a Swiss Cheff she started dating earlier this year. Humm, who is a Michelin-star chef and restaurant owner, has two kids from his previous marriage with Genees Wright. "She's in a good place. She is happy and enjoying her children and her friends," a source said after Demi's romance with the chef fizzled out.