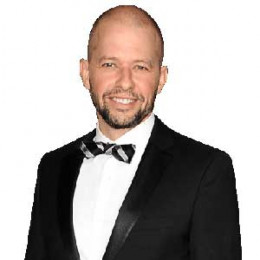 A multi-talented personality, Jon Cryer is an actor, screenwriter, television director, and film producer. Cryer is known for his Emmy-winning role as a single dad on TV's 'Two and a Half Men.' He is recognized as the offbeat adolescent, 'Duckie,' in the '80s classic 'Pretty in Pink' on the silver screen.

Jon was born on 16th April 1965, in New York City. He is a son of David Cryer, an actor, and Gretchen Cryer, singer, songwriter, actress, and playwright. He has a sister named Robin Cryer.

He attended, and a graduated from The Bronx High School of Science in 1983. Cryer comes from Dutch, English, German, Swiss-German, Scottish, and Swedish ancestry.

Jon Cryer's first professional acting effort was as David in the Broadway plays 'Torch Song Trilogy.' At the age of nineteen, he appeared in the 1984 romantic comedy film 'No Small Affair,' in the lead role as Charles Cummings. In 1989, he played the lead character in TV comedy series, 'The Famous Teddy Z.'

After guest-starring on shows including Dharma & Greg and The Outer Limits, he successfully wrote and produced the film entitled 'Went to Coney Island on a Mission from God... Be Back by Five'.

Before being cast for 'Two and a Half Men,' Cryer auditioned for the role of Gaius Baltar on the Sci-Fi Channel's reimagined 'Battlestar Galactica,' but the role went to James Callis.

He played Alan Harper in Two and a Half Men alongside Charlie Sheen. For the role, Cryer earned seven Primetime Emmy Award nominations and two wins for his acting work on the show.

In 2015, Cryer released a book titled 'So That Happened,' a breezy, often comic tale chronicling Cryer's 30-year career on stage, film, and television.

Jon Cryer married Sarah Trigger, British-born actress in 1999 and divorced in 2004. They are parents to a son named Charles Austin born on 27th June 2000 in Los Angeles.

He won a star on the Hollywood Walk of Fame at 6922 Hollywood Boulevard in Hollywood, California on 19th September 2011.

Jon Cryer has a net worth of $65 million. He lives in a big Los Angeles mansion worth $3 million which has a swimming pool, Jacuzzi, Sauna, gaming room and parking lot. From his popular show 'Two and a Half Men,' he earned about $620,000 per episode.

He has been forced to pay his ex-wife Sarah Trigger $8,000 a month as child support without having close to full custody of their son.

For more update stay on marriedwiki.com.

He was previously married to Sarah Trigger in 1999.The couple divorced in 2004.They are blessed with one son.

After his first divorce he married Lisa Joyner on 16th June 2007.The couple adopted one beautiful daughter.

Charlie is the first child of Sarah and Jon. He was born on 27 June 2000 in Los Angeles.

The couple adopted a daughter named Daisy.She was born on 11th August 2009.