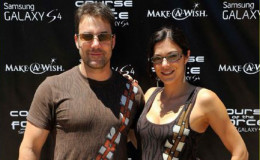 After meeting as housemates on the TV series The Surreal Life, both Adrianne Curry and Christopher Knight decided to tie the knot. Well, their decision must have come after they thought that their chemistry together was impeccable.

But who would have thought that this wonderful couple would ever split and that too on their 5th marriage anniversary?

Many of Adrianne's fans must be wondering as to what is this hot model up to these days!! Well, look no further as we have all the latest news regarding Adrianne

Well, look no further as we have all the latest news regarding Adrianne's current relationship status.

Adrianne has a new boyfriend

Well, we cannot expect a hot model like Adrianne to stay single for a long time and she has also proved it as she is currently dating boyfriend Matthew Rhode. 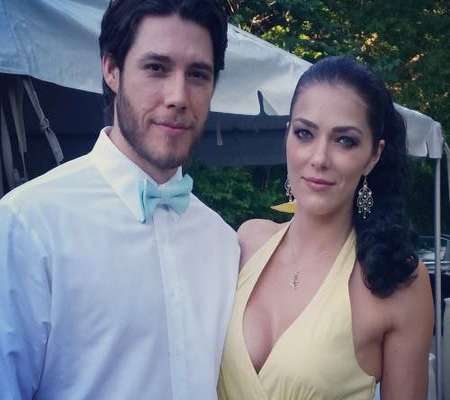 The couple first met in Los Angeles in late 2015 while they were streaming live on Twitch. After meeting they fall for each other instantly and moved in together.

They are not shy about showing off their love for each other as they generally upload many pictures of them together and it proves how much love they have between them.

Currently, the couple is residing together in Arizona and they are living a quiet and peaceful life together. They shower each other with gifts and often show it on their social media account.

Bought this beauty as a gift for @thematthewrhode to put above our fireplace! #arizona #sunset

She recently gave Matthew a painting to hang up above his fireplace and it was looking so exotic, to say the least.

If I've done anything right in my life...it's when I gave my heart to you...

Both of them look so cute together and when they upload a romantic picture of themselves, many of their fans just go wow!!, just by looking at their pictures.

Adrianne was previously married to Christopher Knight in 2006. After meeting on the sets of The Surreal Life, Christopher decided to marry her as he proposed her in 2005 in the sets of the reality show My Fair Brady. 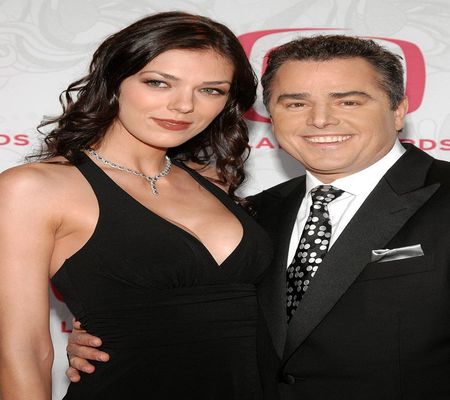 They then tied the knot on May 29, 2006, in Adrianne's hometown of Joliet, Illinois. It was done in a Gothic-Style and it was a pretty content marriage.

But as all good things sometimes have a bad time, so did their wedding as they started to get mutual disruptions between them.

In an interview with Howard Stern, she revealed that her married life is facing problems lately.

You May Like; Adrienne Bolling and Eric Bolling married life as husband and wife

Well, she was right as they decided to split in May 2011, just shy of their 5th marriage anniversary. But it was for the good as they were constantly struggling with their marriage and their decision to get a divorce was a mutual one. 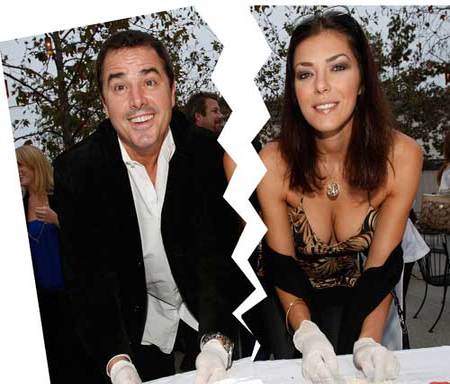 Their divorce was finalized in 2013, two years after they split.

According to their manager, 'After starting a relationship with what seemed to be irreconcilable differences, the couple has reached a period where those differences are no longer appreciated.'

She recently put her wedding dress up for sale on eBay, as she wants to sell the wedding dress to someone who needs it more than her and the money that she will get will be used by her to buy her boyfriend a gift or go on a vacation.

It seems that she wanted to get rid of her memory for good.

A new beginning and New Relationship

After her split from her husband and after years of looking for the right one, she ended up getting close to show producer named Todd Roy. They started dating in 2013. 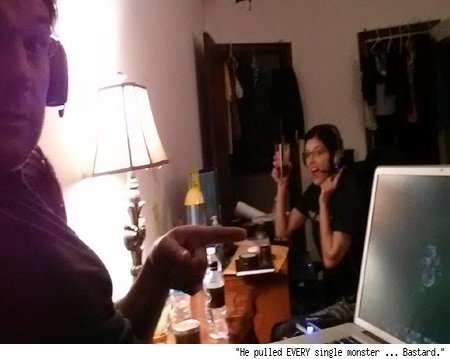 It was at that time when she beat a molester during San Diego Comic Con. She portrayed as Cat Woman and she was looking absolutely gorgeous in that dress.

Then suddenly her eyes were on a guy who was sticking his finger on one of Adrianne's friend butt. She instantly reacted to that and beat the molester with her whip.

Stars like Matthew McConaughey, Megan Fox, Dwayne Johnson, Benedict Cumberbatch, Ali Larter and much more were present in that Comic-Con festival. All of them applauded her bravery. 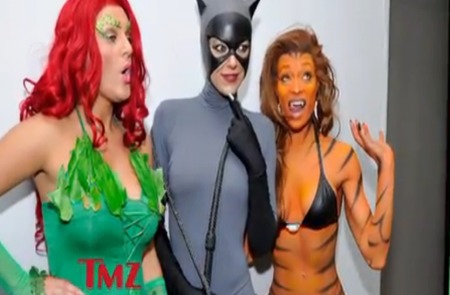 The couple was so much in love and they used to play video games together and it really showed that they enjoy being together.

But in a shocking interview to an online talk show "The Attack", she revealed very big news to all of us.

Though many fans said that all of them knew that Todd was a homosexual. They said that how can she not see through his disguise and she replied that she wanted to see that before getting into a relationship with him.

Well, that was the end of that relationship and after that guy, she found the one that was waiting for him. Matthew and Adrianne are living together and are very with each other.

We really hope that she will be happy with this current relationship of her and after some time they tie the knot together.