American Record Producer DJ Khaled Earning In 2017 Is Over $20 Millions; What's His Current Net Worth? 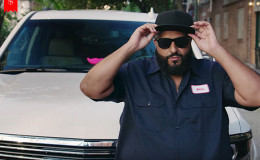 DJ Khaled, the winner of the 2018 Global Spin Award for the best DJ of the Year is also an executive music producer, radio personality, and an author. As of 2018, he is one of the highest paid artists and has managed to make huge earnings from his albums. Let's find out below how a radio station gig become one of the audience favorite of the era and know about his net worth and sources of income.

DJ Khaled, the winner of the 2018 Global Spin Award for the best DJ of the Year is also an executive music producer, radio personality, and an author.

As of 2018, he is one of the highest paid artists and has managed to make huge earnings from his albums. Let's find out below how a small-time radio star become one of the audience favorite of the era and know about his net worth and sources of income.

He was interested in rap and soul music which led him to work at a local record store which eventually laid the foundation for his music career. He started working with Odyssey record store where he helped artists like Lil Wayne, Bird and Movado before their breakthrough.

After he left Odyssey he started working as DJ in mixing dancehall and hip-hop and also used to do few radio gigs in the pirate station.

In 1998, he co-hosted The Luke show on WEDR 99 Jamz alongside 2 Live Crew’s Luther Campbell after joining Miami. In 2006 he launched his debut album titled Listen...The Album which Koch Records released. 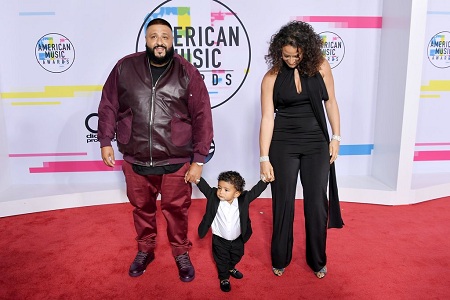 In his second album We The Best, he worked with T-Pain, Trick Daddy, and Rick Ross for I'm So Hood and also worked with Akon, T.I., Rick Ross, Fat Joe, Birdman and Lil Wayne for We Taking Over in 2007. The song was listed No 28 on US Billboard Hot 100 and No 11 on US Hot Rap Chart. Record Association America certified the song Gold in November 2007.

His third album We Global had 13 songs among which Out there Grinding and Go Hard became a hit among the viewers. He was honored with DJ of the Year awards and won BET Hip Hop Awards and Ozone Awards in 2008 in the same category.

Subsequently, he released there consecutive albums Victory (12 songs) in 2010, We the Best Forever (12 songs) 2011 and Kiss The Ring (15 songs) in 2012. Among the above three, Kiss the Ring which featured T-Pain, Wiz Khalifa, French Montana, Ace Hood, Kiroko Bangz, was one of the favorite albums among the viewers.

Along with this he released Suffering from Success in 2013, I Changed a Lot in 2015, Major Key in 2016 and Grateful featuring Beyonce and Jay-Z in 2017. He is currently working on his 2018’s new album Father of Ashad.

As of 2018, he has released 10 studio albums which include 26 singles and 9 featured singles. He is awarded different titles and awards for his albums. Below is a list of his awards and titles.

It seems Khaled is winning Awards for every album he releases.

DJ Khaled's Net Worth and Assets

Khaled spent most of his earnings on properties, cars, and buying different high-quality brand shoes. Find out about his assets below.

Khaled bought a $9.9 million mansion in Beverly Hills, CA, from British Singer Robbie Williams. The mansion has seven bedrooms, 11 bathrooms and covers an area of 10,681 square foot that has a view of the city, canyons and of course, The Beverly Hills. The backyard has a pool, a spa, outdoor kitchen, two terraced patios, and a sprawling lawn. 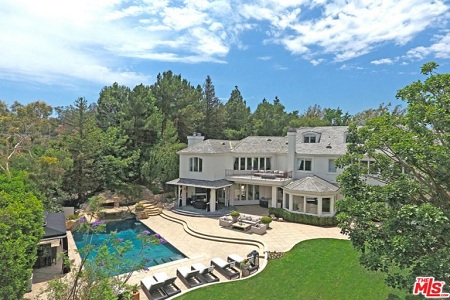 He was among the first people to own a Rolls Royce Phantom VIII which is worth a staggering $430,000. He drives around in a convertible Roll Royce worth $341,125. 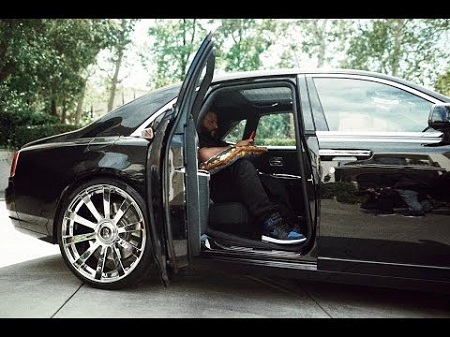 He owns a private jet which costs more than $20 million. His private jet can be seen in one of Asahd's account tweet.

Asahd missed his dad so much he hopped on a PJ to see him. pic.twitter.com/KG1bnr6xkD

FAN LUV @crepprotect is the real deal If you love your sneakers like I do get @crepprotect now tell em Khaled sent you ! @wethebestmusic ?????? MAJOR ?? ALERT ! @crepprotect !! @_mayor_ bless up

The artists sure love to spend money when it comes to expensive shoes. 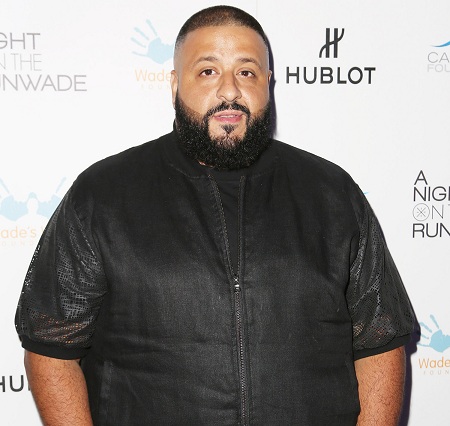