Home Article Eve Barlow, A Jewish Feminist & AntiSemitism Activist - What You Should Know About Her

Eve Barlow, A Jewish Feminist & AntiSemitism Activist - What You Should Know About Her 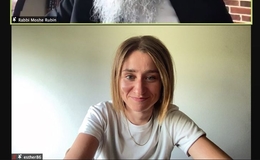 The Scottish music journalist Eve Barlow over the years became a strong voice in activism. She educates her readers and social media followers on the Jewish Community, anti-Semitism, feminism, LGBTQ+, diversity, and more. But, her viewers & fans want to know about who Eve Barlow is actually. So here is what you should know about her.

Is Eve Barlow Dating Anyone?

Eve Barolow is one prominent music journalist best-known as a Jewish Feminist & Anti Semitism activist. Eve once took on a Twitter account to announce her sexual orientation as a queer & a part of the LGBTQ+ community. But, is the beautiful Eve in a relationship with anyone? 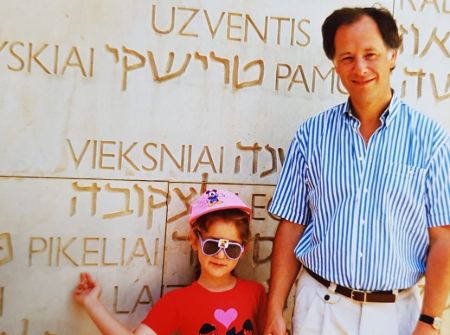 Coming to her relationship status, Eve appears to be single, as of July 2021. Being a public figure, Eve might have been in at least a few relationships in the past though.

Further,  Barlow isn't a fan of revealing her love life to the public. Therefore, very little regarding her past affairs is learned by far. Barlow, most of the time, stays busy focusing on her career rather than wanting to be in a serious relationship.

Eve Barlow raises a strong voice for the Jewish identity and against antisemitism. Through her social media accounts, Eve educates her audience & followers about anti-semitism, LGBTQ+, diversity, feminism, Zionism, and the Jewish community. 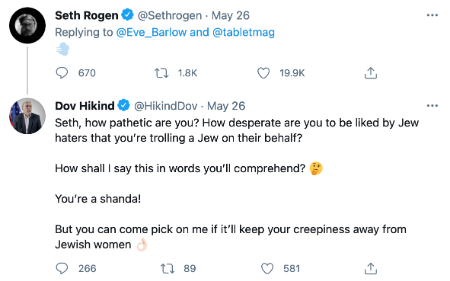 But, Eve often gets cyberbullied, harassed, and even receives death threats for her advocacy. In her short writing piece, Barlow mentions how she received a barrage of abuse from the pro-Palestinian brigade on social media after defending Israel during the ongoing war in Gaza.

Surprisingly, Jewish comedian Seth Rogen also mocked her with emoji of a gust of wind to reply to a Twitter post by Barlow & apparently agreeing with her bullying nickname 'Fartlow.' Few people also criticized Seth for his online harassment.

The pirates of Caribean star Johnny Depp and actress Amber Heard walked down the aisle in 2015 in a private ceremony. Unfortunately, a year later, Heard filed for divorce accusing Depp of repeatedly beating her in drug-induced rages. On the other hand, Depp strongly denied all of her accusations of domestic abuse. 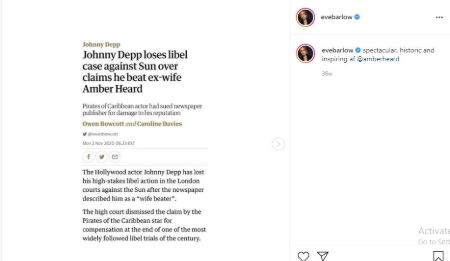 On the other hand, Eve Barlow came in support of her friend Amber Heard during her court case with Johnny Depp. Eve shared a post supporting Amber because of which she received death threats as well as vile hatred on the internet.

How Rich is Eve Barlow?

The Scottish Journalist, Eve Barlow studied LLB but lter shifted her career to musical journalism. Eve got her first internship at the music magazines. Later on, Eve served as a Deputy Editor of the New Music Express in the UK.

Check out the video of Eve Barlow  below.

Due to the rise of antisemitism in the UK, Eve left for Los Angeles in 2014. As for now, Eve serves as a writer & editor for NY Magazine, The Guardian, Pitchfork, LA, and GQ. Likewise, Eve also interviewed celebrities like Billie Ellish, Kim Kardashian, Dave Grohl, and Shania Twain.

Well, from her music journalism career, Eve earns a hefty amount of $83,400 per annum and possessed a networth of $1 million from her illustrious journey. Above all, Eve raises a strong voice against antisemitism, inspires people to keep fighting against inequality, injustice & social problems.