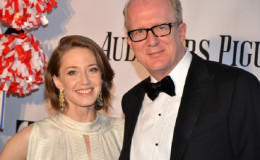 Fargo Star Carrie Coon Is Expecting First Child With Husband Tracy Letts. The couple got married back in 2013 in a hospital after Tracy's gallbladder surgery, no rumors of split or affair till now.

Carrie Coon is starting off this year with a big gift—  a gift of life!

The Fargo actress is reportedly pregnant with her first child and husband Tracy Letts is soon to be a proud father! Greetings to the power couple.

The 36-year-old actress proudly flaunted her baby bump while attending the 23rd Annual Critics' Choice Awards on January 11, walking along with her husband, Tracy with whom she co-stars in 2017's political thriller, The Post.

Sources confirm that she's expecting her first child and now the couple has a lot to celebrate aside from the award nomination Letts received this year for the movies, The Post alongside Meryl Streep, Tom Hanks, Bradley Whitford, Carrie Coon, and in the movie Lady Bird starring Lucas Hedges, Saoirse Ronan, Stephen McKinley Henderson and so on. 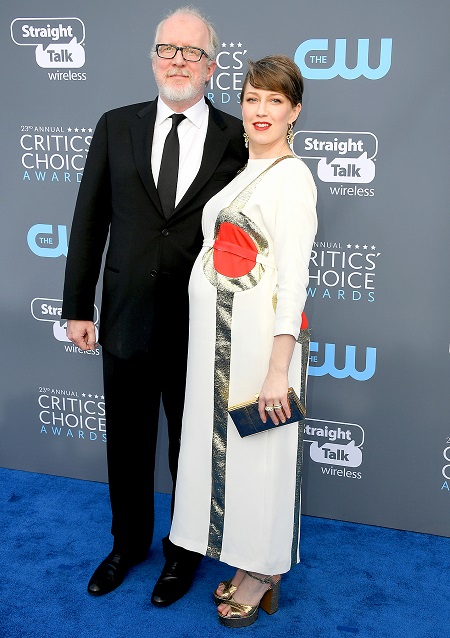 Carrie too confirmed the news about her pregnancy and she shared the news published by USMagazine in one of her tweets yesterday on 16 January 2018. Carrie, who started her career as a theater actor and later debuted on screens via NBC series The Playboy Club tied knots with actor Tracy Letts back in 2013. 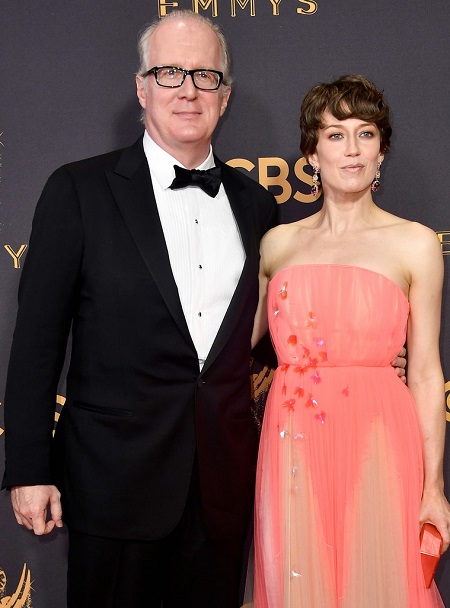 Tracy and Carrie married back in 2013
Source: GettyImages

The duo also worked together in the Broadway production of Who's Afraid of Virginia Woolf in 2012. They met on the set of Pulitzer Prize-winning play, August: Osage County at the Steppenwolf Theatre in Chicago and eventually fell in love.

Although the pair planned for a grand wedding, they married in the most bizarre way as Tracy was in the hospital when they exchanged vows.

The pair had planned to get married in the courthouse but just the night before, Tracy suffered gallbladder discomfort and had to undergo a surgery. And without wasting any time, they found a Lutheran chaplain in the hospital and got married!