Home Article 'The Leftovers' star Carrie Coon is Married to Husband Tracy Letts; See the Relationship of the Couple

'The Leftovers' star Carrie Coon is Married to Husband Tracy Letts; See the Relationship of the Couple 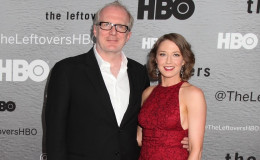 The Leftovers star, Carrie Coon is living a happy married life along with her husband, Tracy Letts.

Carrie Coon; an American actress popular as Nora Dust in the HBO drama series 'The Leftovers' for which she received both critical acclaim and awards including Critics' Choice Television Award for Best Actress in a Drama Series and TCA Award for Individual Achievement in Drama.

The gorgeous diva is also a married woman. She tied the knot with Tracy Letts in 2013 and today we are here to discuss the beautiful love story of the couple. So, let us begin the journey of the pair and find out how it all started.

Tracy is an American screenwriter, playwriter, and an actor too and both of them met while they were working for the play, named, Who's Afraid of Virginia Wool?.

The play was lucky for Carrie both personally and professionally too. She met her future husband while doing the play and similarly, that show also helped her to grab many bigger projects; not only that she was also nominated for a Tony Award in 2012.

@WindyCityLIVE green room. Thanks for having us!

Soon after the first encounter, they started falling for each other. Despite their age differences as Tracy is almost 16 years older than Carrie, it did not stop them to fall in love.

Know about their married life here

During their wedding preparation, Carrie was rushed to the hospital because of her gall bladder emergency surgery so they married without the registration in the hospital. Later on, they did register their marriage.

Big breath, not enough candles. Thanks for the birthday wishes!

My husband as a Bond villain? I think so. #CriticsChoice

The couple with such amazing bond is free from any types of rumors about their divorce and extramarital affairs which proves that they are living a blissful life together. 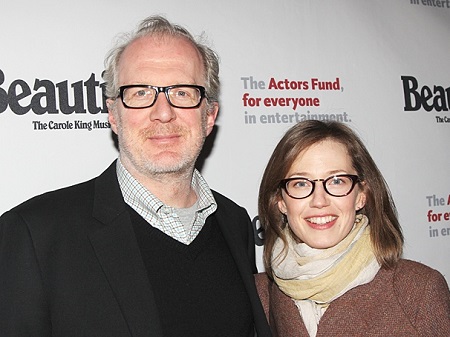 The couple together in an event., Source: Broadway in Louisville 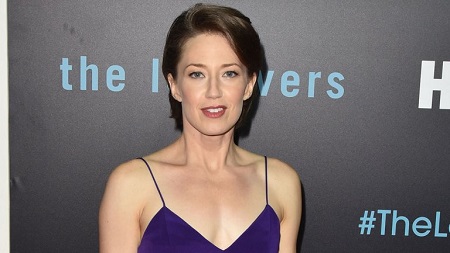