2018 Critics' Choice Awards: The Shape Of Water Won The Best Picture- See the List of Winners 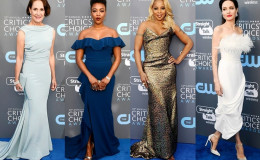 2018 Critics' Choice Awards: The Shape Of Water Won The Best Picture- See the List of Winners

The movie, The Shape of Water starring Michael Shannon, Sally Hawkins, Octavia Spencer, Richard Jenkins and so on became the one with most nominations and ended up winning the Best Picture Award in the ceremony held at Barker Hanger in Santa Monica. 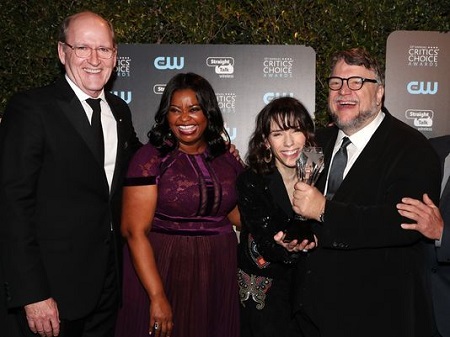 The star cast in The Shape of Water Holding the Award
Source: GettyImages

Directed by Guillermo del Toro, the fantasy love story got huge appreciation, bagging four awards. On the other hand, Aussie actress Margot Robbie, 27, known for her award-winning role in movie Suicide Squad is running up for Oscars as she won the Best Actress in a comedy for her outstanding work in new biopic I, Tonya. 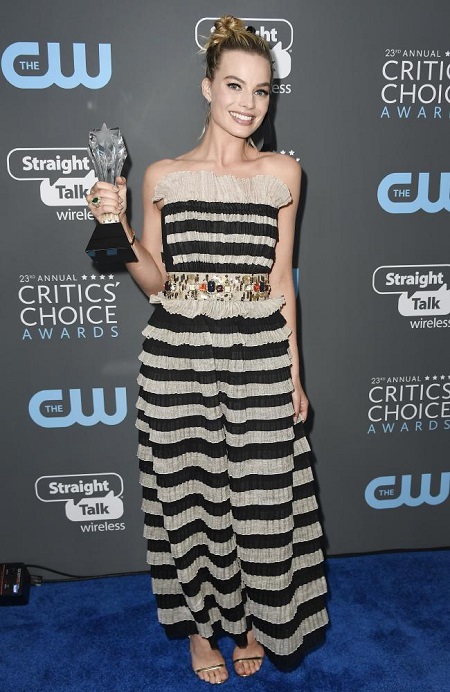 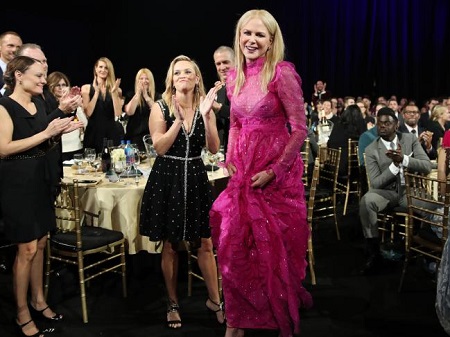 Hosted by Olivia Munn and co-run by the Broadcast Film Critics Association and Broadcast Television Journalists, the big night was worth the watch. Here's the detail list of all the proud winners:

The Shape of Water- Directed By Guillermo del Toro

BEST ACTOR IN A COMEDY

BEST ACTRESS IN A COMEDY

BEST ACTRESS IN A MOVIE MADE FOR TV OR LIMITED SERIES

BEST ACTRESS IN A DRAMA SERIES

BEST ACTOR IN A DRAMA SERIES

Sterling K. Brown, This Is Us