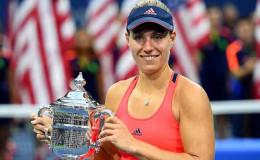 It's not unusual to see a Tennis star stirring dating rumours with her very own coach when they are noticeably getting too cosy. This seemed to be the case with Angelique Kerber who sparked rumours of her love life with one of her former coaches.

It's not unusual to see a Tennis star stirring dating rumors with her very own coach when they are noticeably getting too cozy. This seemed to be the case with Angelique Kerber who sparked rumors of her love life with one of her former coaches.

Kerber has attained remarkable success as far as her professional career is concerned, but what about her personal life? Is she currently in a relationship?

Is Angelique Kerber Dating Someone?

Angelique Kerber is reportedly single at the moment. Unlike her professional career, her personal life is very much under the radar. She was previously linked in a romantic relationship with her former coach Torben Beltz.

Beltz's first spell as Kerber's coach started way back in 2003 when she turned pro. After a decade, the pair parted ways in 2013. However, neither of them confirmed if they were romantically involved. 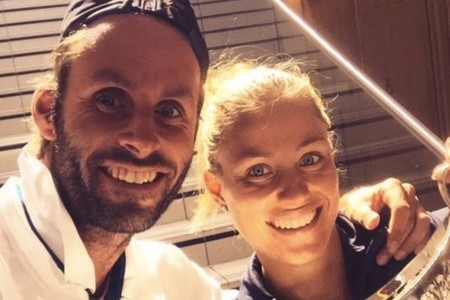 Moving forward, 2 years later, the Tennis star rehired her former coach at the beginning of 2015. The second spell was pretty brief as their professional relationship lasted only 2 years.

On 16th November 2017, Kerber announced via social media Beltez is no longer her coach as their partnership had come to an end.

(1/2) It's been tough but I'm about to start a new chapter in my career, with a new coach. Thank you @TorbenBeltz for everything that you’ve done for me. We share the best memories of my career so far and you’ve not just been a coach, but also a true friend and that won’t change.

She followed up with another tweet where she revealed Wim Fissette is her new coach.

(2/2) The next season is coming soon and I’m very excited to start working with @WimFissette as my new coach. It’s a new chance and I’m curious to find out what we can achieve together.

Recently in July 2018, Angelique revealed she wasn't looking for a boyfriend. Apparently, she wants to be fully focussed on her Tennis career at the moment. Speaking during in an interview with Tennis World USA, she said:

"That's the question I was waiting for. I am not in a rush. If you do not expect it, he comes, it's like this. I will figure it out."

Kerber clearly isn't in a rush to get herself in a romantic affair. However, she hasn't closed the door on her love life either. Perhaps her soul-mate will enter her life when least expected.

Kerber made her professional debut way back in 2007. She competed in her first Grand Slam at the French Open, losing to Elena Dementieva in the first round.

Kerber earned her first Grand Slam victory in the 2008 Australian Open where she defeated Maret Ani, before losing to Francesca Schiavone in the following round. 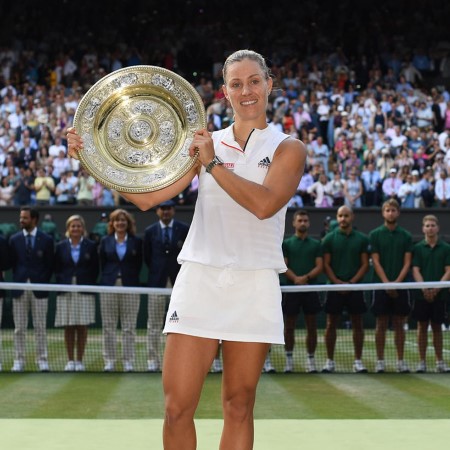 Angelique Kerber with her Wimbledon title in 2018
Source: Wimbledon

Angelique qualified for the 2010 Australian Open where she reached the third round for the first time.  Her breakthrough, however, arrived in 2011 after she reached her first quarterfinal at the Hobart International, finishing the year as world No. 32.

At the 2012 Australian Open, Kerber was the 30th seed, reaching the third round before getting eliminated by Maria Sharapova. This helped Kerber rise to her career-high singles ranking of world number 27.

Moving on, Kerber lost to Li Na in the third round at the 2013 Western & Southern Open. She finished 2014 by representing Germany in the Fed Cup final.

Kerber won her first Wimbledon title in July 2018, defeating Serena Williams in the final. She took part in US Open 2018 where she was defeated by Dominika Cibulkova in the third round.

Kerber won the WTA Player of the Year in 2016. Previously, she won the German Sportswoman of the Year and US Open Sportsmanship Award. In addition, she has won the ITF World Champion Award. Her current ranking is world no. 3. 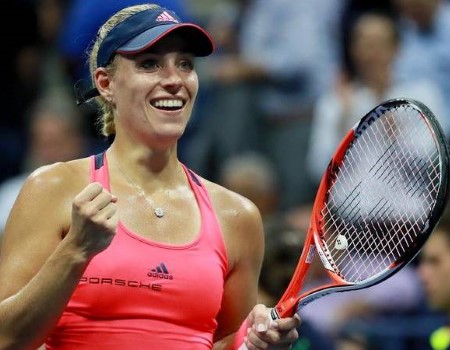