Gone But Not Forgotten; Big Fish Star Matthew McGrory Died At 32; Know All The Details 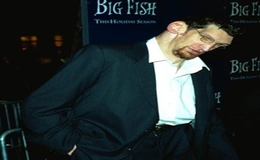 It's been nearly fifteen years since the iconic Matthew McGrory took his last breath in August 2005. But, his memories are still alive among his beloved fans and Hollywood.

An actor, Guinness World Records holder for being the tallest actor with the towering height of seven feet six inches along with having the biggest feet and toe with the shoe size of 29.5, Matthew McGrory, an exceptional actor on his own right, unfortunately was taken too soon from us.

And, out of all the films, the deceased Matthew McGrory contributed to, Big Fish co-starring casts like Miley Cyrus, Danny DeVito, and John August, is among one, the film industry highly remembers him for. And, there are various unique reasons behind. 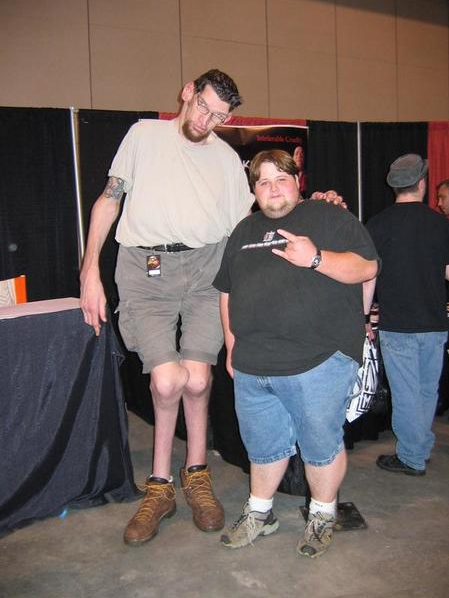 Of course, Mr. McGrory debuted in the acting industry with his role as Gaunt in Coma White and went on to appear in other films including The Dead Hate the Living!, House of 1000 Corpses, Carnivàle, The Devil's Rejects, and The Evil Within.

Anyway, the alum of Widener University played the role of Karl the Giant in the Tim Burton-directed film. And despite standing at the height of 7 feet 6 inches, McGrory's was showcased as tall as ten feet by the crew members.

This is not the only fascinating fact over the actor regarding his films career though. In the Rob Zombie-directed film; House Of 1000 Corpses, after the ambidextrous actor got injured and hurt his leg on the movie set, his role was mostly played by another giant who stood at a height of seven feet four inches. 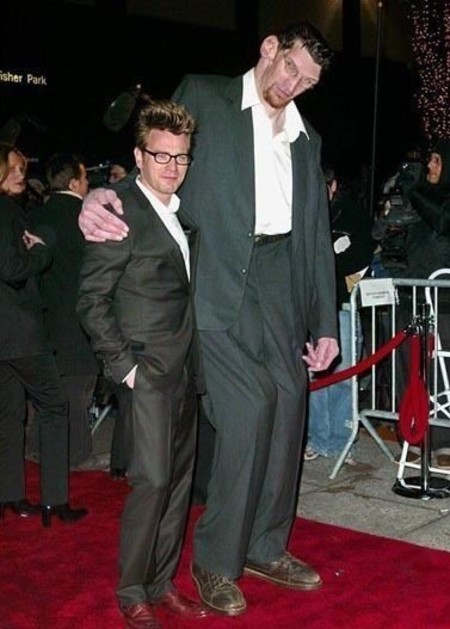 McGrory, who attracted Hollywood through The Oprah Winfrey Show and The Howard Stern Show also made his features in music videos for Marilyn Manson in Coma White and Blondie for Good Boys. But, before he left the world on the sad day of 9th August 2005, McGrory definitely left a big mark and legacy.

Death Cause Of McGrory; Diagnosis With Gigantism

Sadly, what brought McGrory to fame is also the exact reason that put him to sleep forever. McGrory was listed to have died from heart failure at the age of only 32 at his home in Sherman Oaks, California. Not to mention, the son of an accountant mother and homemaker father was preparing for the role of Andre the Giant for his biopic called Andre: Heart of the Giant.

Doctors state people diagnosed with the condition of gigantism have a highly functioning pituitary gland that produces the responsible growth hormones at an excessive rate. And, thus, over development in the human body occurs.

It is also claimed by the doctor that giant people with the condition has their heart walls developed as thick as the pumping chambers. This then leads into the failure of the functioning of the heart.

As a matter of fact, the late Neil Fingleton from Game of Thrones, Sandy Allen and Andre the Giant whose legacy is carried out by his daughter, Robin Christensen Roussimoff, also suffered from the same diagnosis and tus died early. Not to mention, Giant as well as died from heart failure.

Nope, Matthew McGrory was never married. He was, however, in a relationship with his girlfriend, Melissa Davis. Miss Davis was beside the late actor at his home at the time of his death. 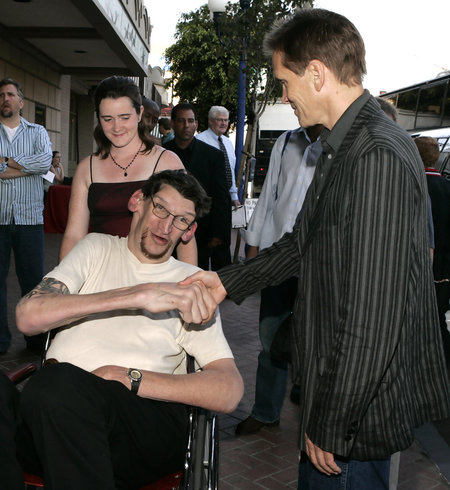 Matthew McGrory and his girlfriend, Melissa Davis at the premiere of The Devil's Rejects in 2005. SOURCE: Zimbio

Additionally, Melissa would be also often seen with her beloved late boyfriend assisting him at public events. But, today, Davis maintains a private lifestyle. But, we're sure, Melissa alongside the fans miss Matthew, deeply.