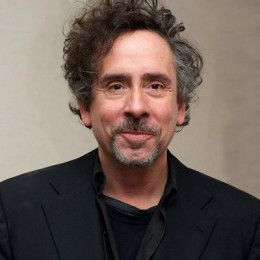 Timothy Walter Burton is an American film writer, animator, producer, artist, and director. He is best known for his dark, horror, fantasy and macabre films. His parents are Jean Burton and Bill Burton. His father is a former minor league baseball player and his mother is an owner of a cat themed gift shop. He attended Burbank High School. He completed his graduation in the year 1979.

He was married to a German-born artist. But due to some reason, the couple got divorced. After that, he dated some girls but had not married. He has two children from his previous relationship. In 2010 he was the President of the Jury for the 63rd annual Cannes Film Festival. He is often friendly and optimistic.

Timothy Walter Burton was born on 25 August 1958 in Burbank, California to the family of William "Bill" Burton and Jean Burton (née Erickson). His mother was the owner of the cat-themed gift shop while his father, the former minor league baseball player worked for the Burbank Parks and Recreation Department. He has a brother named Daniel Burton. His birth sign is Virgo. 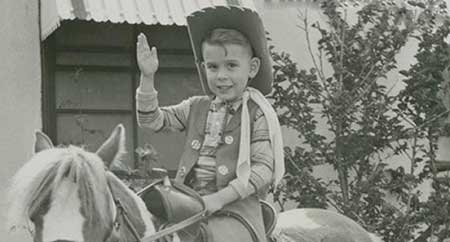 He studied at Providencia Elementary School in Burbank. Later, he attended Burbank High School but he was not academically good. After graduation from the School, he joined California Institute of the Arts in Valencia, California.

While attending CalArts, he worked on Stalk of the Celery Monster and King and Octopus. He was just 13 years of age wrote and directed The Island of Doctor Agor. He stands at a height of 5.97 feet (1.82m).

Initially, he started his professional career as a storyboard artist and animator on Trin, The Black Cauldron and The Fox and the Hound.

He directed an American adventure comedy movie Pee-wee's Big Adventure that released in August 1985. The movie was made on a budget of $8 million and collected more than $40 million in the North American box office.

His quality to produce low budget movies impressed studio executives. That's how he achieved his first big project, Batman. The movie made $250 million in the United States with $400 million worldwide.

In 2001, his movie Planet of the Apes starring Mark Wahlberg, Tim Roth, and Michael Clarke Duncan was a huge commercial success. The movie grossed more than $180 million in North America and $362 million worldwide.

The director basically received wide recognition for his dark, gothic, and eccentric horror movies like Dark Shadows, Sleepy Hollow, The Nightmare Before Christmas, and  Sweeney Todd: The Demon Barber of Fleet Street.

In 2005, he worked on the musical adventure film Charlie and the Chocolate Factory and in 2010, the fantasy movie Alice in Wonderland. He directed the biographical drama movie Big Eyes in 2014. The movie is all about American artist Margaret Kean.

He produced the sequel of Alice in Wonderland named 'Alice Through the Looking Glass' in 2016. Currently, he's working on a new movie Dumbo with stars including Eva Green, Michael Keaton, Colin Farrell, and Danny DeVito.

In 1990, he grabbed Outstanding Children's Animated Program for Beetlejuice.

Burton received two Academy Awards nominations; one for Corpse Bride in 2006 and the other for Frankenweenie in 2013 for Best Animated Feature.

He won Golden Globes 2011 for Alice in Wonderland for Best Motion Picture-Musical or Comedy. He won the Saturn Awards in 2013 for Best Animated Film (Frankenweenie).

Moscow International Film Festival honored him with 'George George' for his outstanding contribution to world cinema in 2012.

He has a house in London, the United Kingdom where he lived with his previous partner Helena Bonham Carter. The house was originally built in the mid 19th century.

He purchased another house next door for his then-girlfriend.

Burton, 59, was previously married to a German-born artist Lena Gieseke. The couple tied the knot in 1989 and stayed together until 1991.

Later, he dated model and actress Lisa Marie soon after divorcing his first wife. She performed in many movies directed by Burton including Ed Wood and Mars Attacks! until they broke up in 2001. 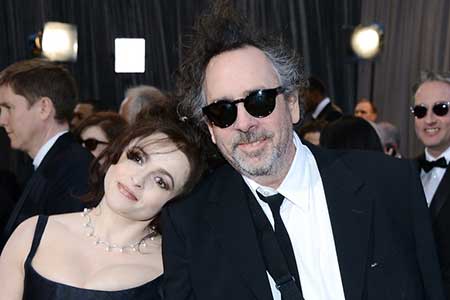 It was the same year he came close of actress Helena Bonham Carter. They first met at the set of Planet of Apes. The couple had the combined wealth of £80million.

Burton and Bonham have two kids a son named Billy Raymond in 2003 and a daughter named Nell Burton in 2007. Though the two were in a longterm relationship, they never married. Though they were not initially separated, they lived next door to each other.

Carter's representative addressed that the couple separated amicably in December 2014 after living together for 13 long years.

His close friend Johnny Depp is the godfather of his kids.

His first wife is Lena Gieseke. He had married to her but got divorced after two years of marriage.

His first child is a son. His son's name is Billy Raymond. His son is from his ex wife.

His second child is a daughter. Her name is Nell Burton. she is also from his first wife.