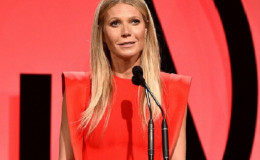 But what stunned us all was her bling — her beautiful engagement ring from her loving beau Brad Falchuk which she debuted proudly on the red carpet!

Gwyneth Paltrow stepped out like a gorgeous newbie bride but in a red dress, flaunting her engagement ring at the Producers Guild Awards at Beverly Hilton Hotel in Los Angeles.

Fans took notice of her ring when she bestowed American screenwriter Ryan Murphy with the Norman Lear Achievement Award in Television. 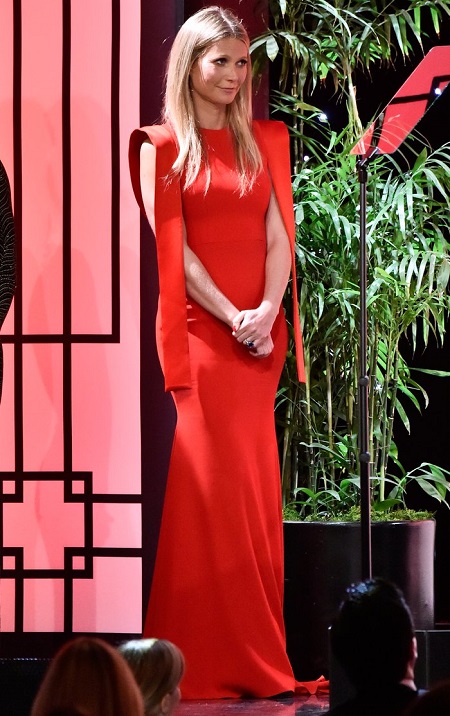 Gwyneth on the stage of Producers Guild Awards on Saturday night
Source: GettyImages

Gwyneth donned on gorgeous Alex Perry dress wearing Christian Louboutin shoes, accessorizing it with a beautiful ring. The ring features a big blue diamond stone in the center, a sapphire ring given to her by her Glee co-creator fiance Brad Falchuk 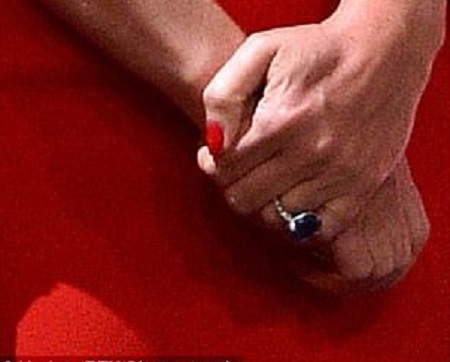 Gwyneth and Brad announced that they were engaged on January 8, 2018, confirming the news with Goop Magazine but didn't specify the exact date of the engagement.

She even revealed how excited she was to get engaged again and even marry her loving fiance soon. She stated,'

"Personally, at midlife, I have tried to accept how complex romantic love can be. I have decided to give it a go again, not only because I believe I have found the man I was meant to be with, but because I have accepted the soul-stretching, pattern-breaking opportunities that (terrifyingly) are made possible by intimacy."

Gwyneth and  Falchuk first met during a guest appearance on Glee back in 2010 and started dating a few years later since 2014, following her divorce from singer husband, Chris Martin.