Home Article Holly Madison; the former Girl Next Door Star is Married to Pasquale Rotella; Know about the Couple's Relationship

Holly Madison; the former Girl Next Door Star is Married to Pasquale Rotella; Know about the Couple's Relationship

Holly Madison, one of the ex-girlfriends of late Hugh Hefner is finally in a stable relationship. She's married to Pasquale Rotella in 2013 and bear two kids together.

Television personality and the New York Times best-selling author Holly Madison does not need an introduction. One of the girlfriends of late Hugh Hefner who rose to fame for her appearance in the popular E! reality TV show The Girls Next Door has come a long way as a showgirl, model, and an author.

Similarly, Madison is married to Pasquale Rotella. The couple tied the knot in 2013. How is their relationship going on? Are they happily married? Do they have any children? We have all the details of her love life!!!!!

Holly surely did not have a stable romantic life in past; she was one of the ex-girlfriends of Hugh Hefner and their relationship was never normal. But her life changed when she met Pasquale Rotella.

The couple first met in 2011, and it did not take much of a time for them to fall in love. The pair started dating and announced they were expecting their first child a year later. 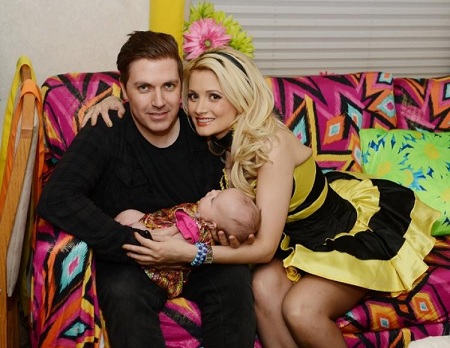 "Holly and I are so excited to announce that we are going to be parents. We’re in love and counting down the days until we meet our beautiful baby. I can hardly believe how lucky I am."

"I’ve wanted kids and that’s something I’m definitely doing as soon as possible."

"Definitely being the right guy has a lot to do with it. My relationship is awesome. I’m happier than I’ve ever been in my personal life."

Madison was blessed with a second child Forest Leonardo Antonio Rotella on 7th August 2016. The couple has a blissful married life, and there is also no news of any divorce or extra-affairs between them.

Rainbow and I having a girls’ day at Mickey’s Halloween Party. I love their holiday ensembles! ??????

The 38-year-old former model talked about being a wife and mother of two back in February 2017. During an exclusive interview at Dorsey at The Venetian, Holly explained,

"I have an amazing husband, kids, and family. I just feel like anything else that I can do after that is just icing on the cake."

The family of four currently reside in Las Vegas. Let's congratulate the duo for their wonderful married life.

Holly Madison; One Of The Ex-Girlfriends Of Late Hugh Hefner

The House Bunny actress was in a live-in relationship with former boyfriend, Hugh Hefner for seven years. The Playboy founder died on 27 September 2017 at the age of 91.

She became the main girlfriends in August 2001 and moved into the Playboy Mansion to live with the star. Kendra Wilkinson-Baskett and Bridget Marquardt also lived in the Playboy mansion, with whom she starred on the E! reality show, The Girls Next Door. 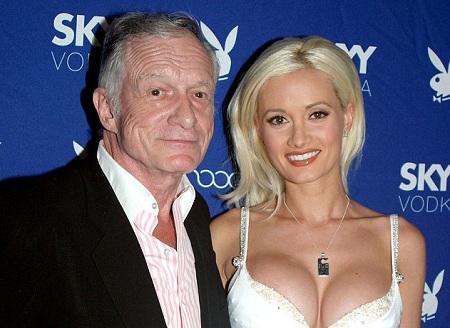 Madison and Hefner broke up in 2008. She revealed,

"It was a constant struggle. I was trying to sell this image of ‘Oh everything is so great here,’ but I was miserable inside."

She has shared all the details about her past relationship in a juicy tell-all memoir in 2015, Down the Rabbit Hole: Curious Adventures and Cautionary Tales of a Former Playboy Bunny. 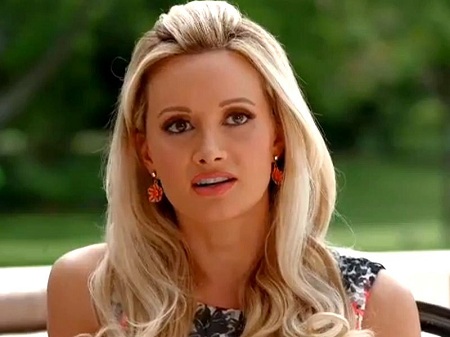