Home Article Hollywood Actor Jon Hamm Was In a Longtime Relationship With Actress Jennifer Westfeldt; Who is he dating now?

Hollywood Actor Jon Hamm Was In a Longtime Relationship With Actress Jennifer Westfeldt; Who is he dating now? 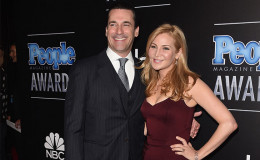 Marriage became just a tagline to add in the spare time to Jon and his partner who spent nearly two-decade in a loving relationship. With no official married status, the couple romance made everyone jealous until finally, they parted their ways. Let's sneak into the personal life of Jon Hamm including his recent affairs.

Hollywood Actor Jon Hamm' Break-Up With His Partner; What was the reason?

The American actor Jon Hamm remained in a romantic relationship with Jennifer Westfeldt for nearly two decades. Unfortunately, after so many years of chemistry, it all turned down into ashes when they parted their ways in 2015. 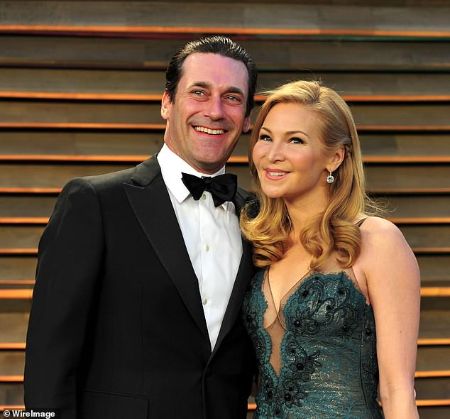 Their lovey-dovey didn't last after the duo made an official announcement of them parting their ways from the relationship. However, the lovebirds remained mum about the actual reason behind their separation.

On the contrary, both left a farewell message in a press conference;

"With great sadness, we have decided to separate, after 18 years of love and shared history. We will continue to be supportive of each other in every way possible moving forward."

Above all, their romantic affair made everyone jealous within the time frame they remained together. All in all, both admired their relationship too.

In an interview, Hamm got questioned about his relationship with actress Westfeldt where he answered;

"We may not have a piece of paper that says we're husband and wife, but after 10 years, Jennifer is more than just a girlfriend. What we have is much deeper and we both know that. To me, people get married when they're ready to have kids, which I'm not ruling out."

Most importantly, the same profession of their became a key factor of a long relationship. The pair also appeared together in Gap-related campaign advertisements.

In April 2009, Hamm and his partner, Westfeldt formed their own production company, Points West Pictures. As a matter of fact, there the couple advocated animal rescue.

In addition, the duo adopted a mixed breed dog Cora from Much Love Animal Shelter of California.

Be that as it may, the lovebird's relationship ended in 2015 without an official marriage and not even a single child.

Who is Jon Hamm dating at the moment? His Past Affairs

In October 2018, Jon Hamm made it to the headlines after appearing together with a strange blonde woman. Hamm and a mysterious blonde got caught after the SNL party in New York City last year. 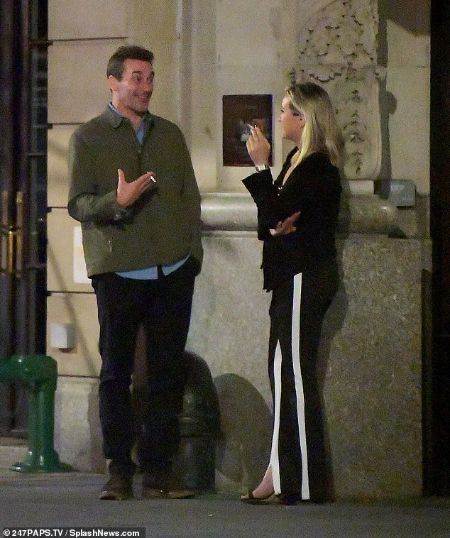 Jon Hamm with strange blonde hats for a smoke after the SNL party in New York City
SOURCE: Daily Mail

While many fans admitted that she is Jon's new girlfriend, the majority of his fans in the dark didn't believe the hoax. Who is the strange blonde that Jon is currently dating?

Eventually, the female companion seen beside Hamm came to smoke a cigarette. Meanwhile, they appeared cheerful as they halted for sweet talk.

Most importantly, questions aroused that 'Why did Ham smoke a cigarette with that woman?'. As known, Jon who quit smoking at age 24, didn't touch a cigarette for his role of Don Draper when required.

Recently he completed treatment for his struggle with alcohol addiction with the support of his former partner. Is it for shattering his relationship with Jennifer or just for public engagement? Yet, the scene remains a mystery between Jon and his strange blonde.

Ever since their apperance in the streets of New York, the rumored pair were never spotted together so it is safe to say there was nothing between the two of them.

Not just that, after his break up with Jenny, Jon Hamm didn't back off from creating headlines regarding his link-up with other women. This summons up his romance rumored with Dakota Johnson, and Tag co-star Annabelle Wallis.

After his stint in rehab ended, there were a lot revelations about his affairs. The handsome actor was rumored to be dating his co-star Elisabeth Moss from the series, Mad Men. Furthermore, he also went out with Sandra Bullock.

Later on, everything cooled down as the Black Mirror co-star remained cryptic about his relationship with them! 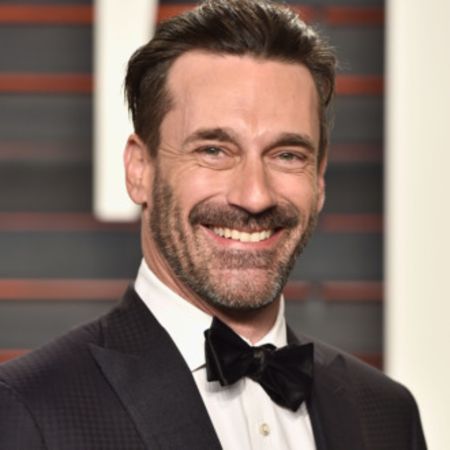