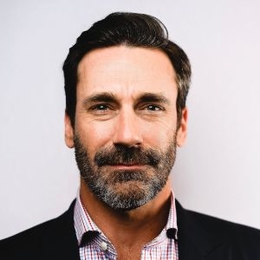 Two times Golden Globe Awards winning actor Jon Hamm is famous for his portrayal of Don Draper in the AMC television drama series Mad Me. Besides, he also worked as a voice actor for the S400 Hybrid campaign of the Mercedes-Benz in March 2010. His upcoming movie Top Gun: Maverick will be released in 2020.

Broke Up With His Nearly Two Decade Long Girlfriend

30 Rock cast, Jon Hamm, was in a relationship with his girlfriend Jennifer Westfeldt, an American actress. Probably their similar interests and profession made them fall for each other. They began dating in 1997; the two even appeared together in Gap-related campaign advertisements. 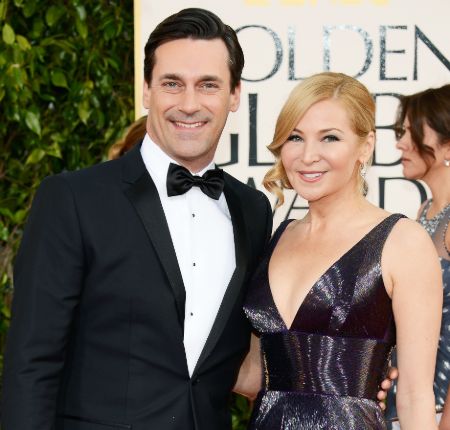 The couple, likewise, formed their own production company called Points West Pictures in 2009. Hamm and Jennifer were also advocates of animal rescue. Together, they adopted a dog named Cora from the Much Love Animal Shelter in California.

Later, the celebrity couple began to live together, but they were never married. The pair were often questioned about getting married; however, they always said that they aren't ready for it. Once when Hamm was asked the same question, he replied;

"We may not have a piece of paper that says we're husband and wife, but after 10 years, Jennifer is more than just a girlfriend. What we have is much deeper and we both know that. To me, people get married when they're ready to have kids, which I'm not ruling out." 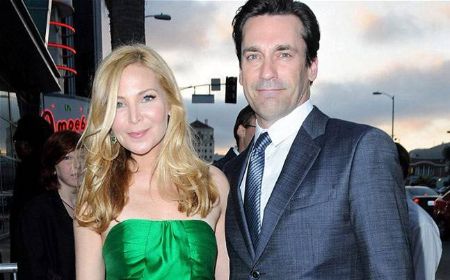 Jon Hamm in an event with his then-girlfriend Jennifer Westfeldt SOURCE: Zimbio

Unfortunately, the lovebirds failed to continue their relationship and parted their ways after being together for around 18 years. In 2015, Hamm and Jennifer made an official announcement that they are ending their nearly two-decade-long chemistry.

In an interview with People Magazine, the couple made a joint statement saying;

"With great sadness, we have decided to separate, after 18 years of love and shared history." 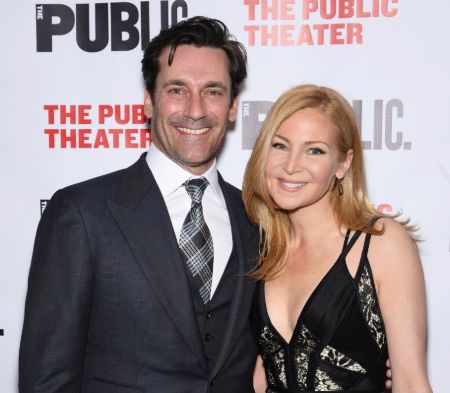 Nevertheless, both of them said that they will always support one another in every way possible moving forward. But so far, neither Jon nor Westfeldt has revealed the actual reason behind their split.

As the duo remained in a relationship for almost two decades, they do not have any children. As per the source, Hamm never wanted to have a child. Some people even claimed that the reason behind their separation was because Hamm did not want kids.

Is He Currently Dating Someone?

The 48 years old handsome hunk, Jon Hamm, is yet to announce his current relationship status officially. Hence, we can not be sure whether he is still single or already taken. However, back in October 2018, Hamm was spotted having a cheerful talk with a strange blonde woman. 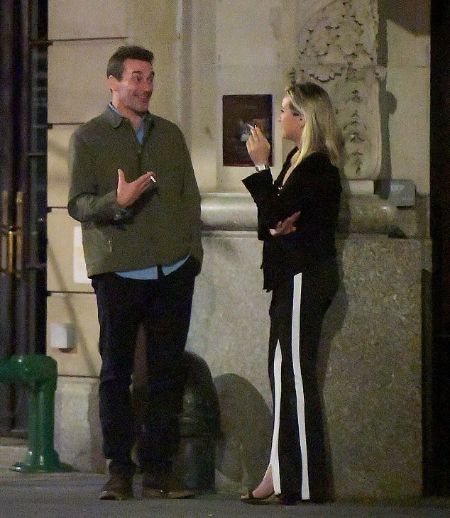 After the SNL party in New York City, Unbreakable Kimmy Schmidt star and the blonde woman were seen smoking a cigarette. To be fact, Hamm quit smoking at the age of 24, and he further refused to smoke a cigarette while playing the role of Don Drape. Instead, he smoked herbal cigarettes on the sets.

As Hamm was spotted having a cheerful talk and smoking cigarettes together, many people speculated the woman to be his new girlfriend. Jon, however, never talked about the topic in public. Likewise, from then onwards, the two are never spotted together again. Furthermore, the reason for him to smoke a cigarette is also yet to be disclosed.

Rumors Of His Hookups

Jon Hamm was rumored to have hooked up with a few co-stars. Once a rumor about Hamm's hook up with an American actress Dakota Johnson made the headlines. Similarly, he was also speculated to have dated Annabelle Wallis. 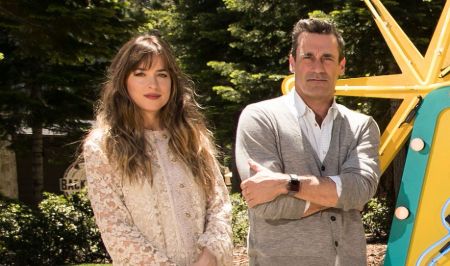 In addition, the sources even claimed the actor to be dating other co-actors, including Elisabeth Moss and Sandra Bullock. Nevertheless, Jon never confirmed to have hooked up with these celebrities; thus, it just remained as a rumor.

He Is A Wealthy Actor!

An Emmy Award winner, Jon Hamm has an overall net worth of $30 million. He summoned this hefty amount of money from his decades-long career as an actor in the entertainment industry. To date, he has appeared in a number of movies and TV series.

His notable role is as Don Draper in the AMC television drama series Mad Men. For his portrayal in the series, he used to receive the payroll of $275,000 per episode. Apart from this, his 2017 film Baby Driver made a worldwide gross of $226.9 million against its production budget of $34 million.